Home » How might the closure of the Strait of Hormuz affect

How might the closure of the Strait of Hormuz affect

Guest post by Elizabeth Goldman on behalf of  Sunbird FX  – all views and opinions expressed are her own and not of the company or ForexCrunch.com.

As you will no doubt be aware, the Strait of Hormuz nestled in the Persian Gulf between UAE and Iran is a vital stretch of sea when it comes to oil supply. The strait itself may be only 34 miles wide in places but around 20% of the world’s oil supplies flow through here – making it not only a lifeline for world industry but a potential nightmare for world economies.

Recent tension between the West and Iran over Iran’s nuclear enrichment program have seen the Deputy Head of Iran’s influential committee, Mohammad Ismail Kowsari state this week that the strait   “would definitely be closed if the sale of Iranian oil is violated in any way”. Fighting talk for sure so let’s look at the potential impact on the forex markets and wider economy were Iran to follow through on this threat,

Iran itself is deeply dependent on oil; approximately 80% of foreign revenue is derived from oil exports so any disruption to this could shatter Iran’s already fragile economy. Iran itself is dependent on the Strait of Hormuz being open in order to ship oil exports around the globe so one has to question whether Iran would seek to cripple itself in this manner.

The tension and on going power struggle within the country itself between Mahmud Ahmadinejad and his hard-line supporters and the supreme leader Ayatollah Ali Khamenei, make it hard to rule a closure out as both parties participate in disruptive behaviour in attempts to unseat the other. Indeed Admadinejad and his entourage have been labelled “the deviant current” by their conservative rivals.

Despite this, the EU foreign policy chief Catherine Ashton took action and announced just this week that Iran would have its assets in the Central Bank frozen and there are to be no new contracts for crude oil or petroleum to be agreed. 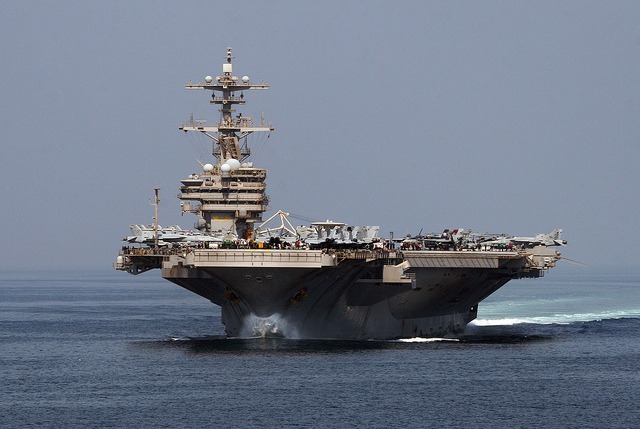 This broad embargo on Iranian oil, which in effect takes 1.5 million barrels a day off the global market without another producer being able to compensate for it, risks pushing the market price up between 20-30%, which is roughly a $20-30 per barrel increase, a complete closure of the Strait of Hormuz could trigger an even larger spike than this.

Saudi Arabia has stepped in to try and compensate for this through increased production however this contingency isn’t without issue itself given Saudi Arabia’s geographical position and reliance on Hormuz being open the IMF warned that the Saudi buffer is similarly at risk.

Yesterday (30th January), coastguards and naval forces of the Gulf Co-operation Council (GCC) unveiled what on the face of it appear to be fairly robust contingency plans should the Strait of Hormuz be closed through action taken by Iran. GCC said that these measures are purely precautionary and are necessary not just because of the interruption to gas and oil exports that a closure would cause but also because member states including Saudi Arabia, Bahrain, the United Arab Emirates (UAE), Qatar and Kuwait rely on Hormuz for the import of food.

A spokesperson for the council told Reuters: “The GCC has a plan as a body – not just Kuwait separately or Bahrain or Saudi Arabia – we have a plan we just hope that everything stays safe.”

Should the contingency plan be put into action, there is likely to be an impact on the forex markets felt mainly in local currencies like the Qatari and Saudi riyal as well as the Omani rial – this is likely to be nothing more than short-term turmoil if the contingency plan is successful it will stabilise not only the oil market but also currency markets. Many investors are likely to be considering whether they should perhaps hedge their exposure to these currencies.

The Iranian rial looks set to be the biggest casualty of this whole saga and once again demonstrates the self-harm that a closure and even just this disruptive behaviour is having on the local economy. The Iranian currency has come under increasing pressure against the US dollar, sliding almost 12% in early January when the US made an announcement that it would take sanctions against any foreign firms that deal with the Iranian Central Bank.

A full closure of Hormuz or further threatening behaviour would likely lead to further falls with widespread civil unrest in the country a possible consequence. Iranians have seen their wages fall by 50% since December 2010 thanks to the currency falls.

Other local currencies that are likely to be heavily impacted are those of Saudi Arabia and Qatar. A closure of the strait, analysts predict, could cause the price of crude oil to skyrocket by anything up to 50% but it would also mean that no Saudi or Qatari oil would be entering the world markets which would lead to heavy falls in the currency as both economies are so heavily dependent on the exports of these valuable natural resources.

Oman and the Omani rial would be impacted similarly.

It  isn’t  just local currency markets that could be affected however. In particular, western countries as well as industrial powerhouses like India and China could see their currencies depreciate in value as soaring oil prices would lead to increased inflation. This reduction in value of major currencies like USD, EUR and GBP would negatively impact global trade and in a worst case scenario could plunge many back into recession. 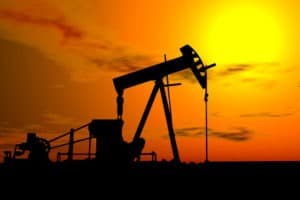 Guest post by Elizabeth Goldman on behalf of  Sunbird FX  - all views and opinions expressed are her own and not of the company or ForexCrunch.com. As you will no doubt be aware, the Strait of Hormuz nestled in the Persian Gulf between UAE and Iran is a vital stretch of sea when it comes to oil supply. The strait itself may be only 34 miles wide in places but around 20% of the world's oil supplies flow through here - making it not only a lifeline for world industry but a potential nightmare for world economies. Recent tension between…