Home » How to trade the UK GDP with GBP/USD

How to trade the UK GDP with GBP/USD

If it comes out at higher than expected with a  deviation of +0,85 or higher, the pair may go up reaching a  range of 46 pips in the first 15 minutes and 90 pips in the following 4 hours.

If it comes out lower than expected at a  deviation of -0.48 or less, the GBP/USD may down up reaching a range of  32 pips in the first 15 minutes and 74 pips in the following 4 hours.

Support levels are to be found approximately at  1.4066  and  1.3970accordingly to the Confluence Indicator

Vestiges of demand can be seen around  1.4075  and below at .1.4040, based on aggregated trading positions from FXStreet’s dedicated contributors

GBP/USD Levels on the chart 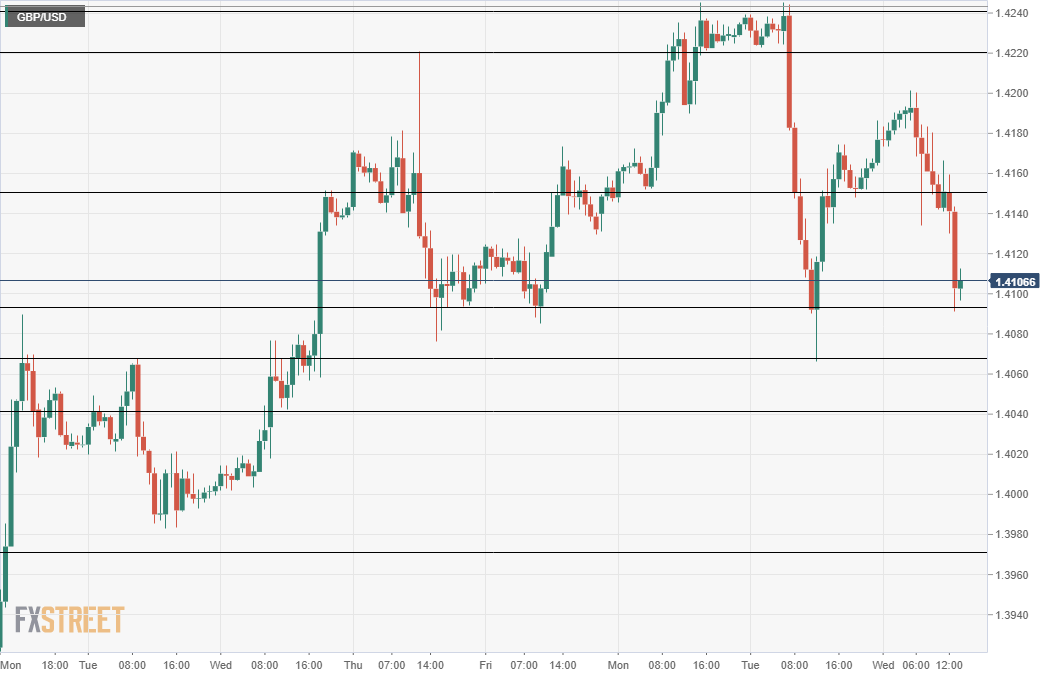 No less than  81%  of GBP-based pairs are in bullish mode against a basket of 20 world currencies accordingly to the GBP-Bullish Percentage Index. As such, a release which surprises the market with a negative trigger (GBP positive) may lead to a stronger down move in the GBP/USD.

In the last five releases, the GBP/USD moved, on average,  38 pips in the 15 minutes after the release and 71 pips in the 4 hours  after the announcement.

The previous release had a  surprise of -0.74  regarding deviation, and the GBP/USD reached a  range of 60 pips in the first 15 minutes and 72 pips in the following 4 hours.

Follow the publication of the figure on the  economic calendar. Watch out for the data from the Market Impact tool, projecting the potential price changes according to the deviation.  Here is the  Market Impact Studies Users Guide.

The UK economy is lagging behind its peers regarding economic growth, and this is mostly due to Brexit. This was evident during the entirety of last year. The final release will likely confirm this.

The final read of UK GDP for Q4 2017 is closely watched and may provide a trading opportunity. The Market Impact tool lays out the bullish and the bearish scenarios for trading the event. Buying GBP/USD scenario Tradable Positive Trigger: +0,85 deviation [BUY Pair] Key Resistance Level:  1.4150 If it comes out at higher than expected with a  deviation of +0,85 or higher, the pair may go up reaching a  range of 46 pips in the first 15 minutes and 90 pips in the following 4 hours. On the upside, there are clusters of resistance at  1.4150  and  1.4225. From…