Home » Is the Eurozone Crisis Really Over?

Is the Eurozone Crisis Really Over?

Ten year yields on Italian and Spanish government bonds hit new lows this week as they slipped below 3% suggesting that all is going well in the Eurozone – but is it? Whether or not that’s true has profound implications for the Euro.

The out-performance of peripheral Eurozone bond markets, with the convergence trade once again proving profitable, is down to a number of factors. The Eurozone banking crisis has been contained, there are signs of economic recovery and probably most importantly in the short to medium term, the European Central Bank is behaving more like a normal central bank. 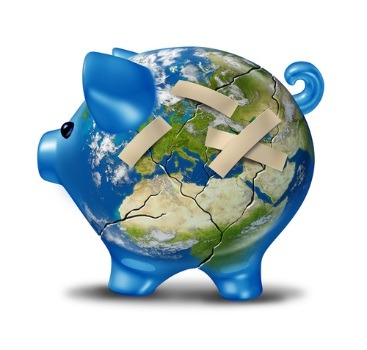 Not only is it prepared to do whatever it takes to save the Euro should it be in danger, but it is now seriously contemplating measures such as quantitative easing to reverse potential deflationary pressures and support a credit injection into the real economy.

Combine these factors with the Eurozone’s considerable current account surplus and the flow of foreign investment into peripheral Eurozone bond markets and there is every justification for the Euro to rise – albeit that the ECB will probably become more interventionist if it passes the EURUSD 1.4000 level. 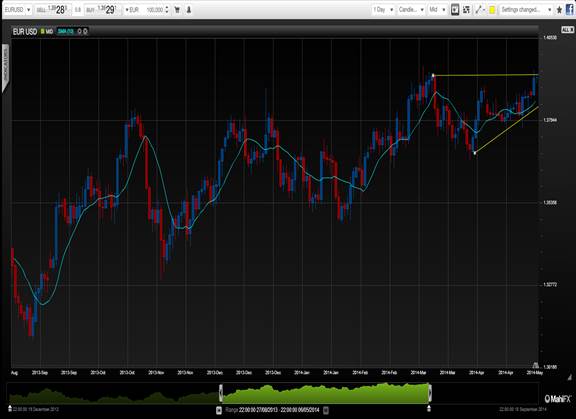 Now for the bad news…

However, the Eurozone is still the flawed entity that nearly fell apart during the global financial crisis. What has changed is that global economic conditions have improved and financial markets have been stabilised. This has helped the Eurozone enormously.

But the Eurozone still lacks a proper banking union and the systems of fiscal transfers, which are taken for granted in large countries such as the US and China.

The Eurozone and especially the EU are now bigger than ever. Combining more countries with different levels of development, varied economies and levels of competitiveness merely stores up the potential for financial tensions at a later date.

And despite promises to the contrary, the Eurozone has actually under-performed relative to other nations in terms of economic growth. The peripheral states have had to endure brutal adjustment processes to regain competitiveness and to reduce deficits. Can such a process really be repeated over and over every time big imbalances occur without threatening the existence of the EUR?

Italy because of its size remains an Achilles heel for the Eurozone. It has a debt to GDP ratio of 134% and is beset by continuously low growth or no growth at all. It has a rapidly ageing population and a lacklustre economy. If the trend continues it will likely result in some sort of debt crisis one day and Italy doesn’t have the independence to do what Japan is attempting to do with Abenomics i.e. inflate away its debt.

But there’s another worrying trend developing within the Eurozone. It’s political. Euroscepticism, once considered a peculiarly British phenomenon, is actually becoming prevalent across Eurozone countries due to issues such as immigration, unemployment and disillusion with the European dream.

In effect the Eurozone remains crisis prone and the next round of global economic and financial crises will test its resilience. Next time around Eurozone policy makers will probably cope better. Some improvements have been made in terms of governance and the ECB would probably be more pro-active. But the EUR would likely still take a battering under such circumstance and existential questions over the single currency will once again be asked.

ECB Preview: a small step to weaken the euro? 4 scenarios

Should you open two trading accounts?

Ten year yields on Italian and Spanish government bonds hit new lows this week as they slipped below 3% suggesting that all is going well in the Eurozone - but is it? Whether or not that's true has profound implications for the Euro. The out-performance of peripheral Eurozone bond markets, with the convergence trade once again proving profitable, is down to a number of factors. The Eurozone banking crisis has been contained, there are signs of economic recovery and probably most importantly in the short to medium term, the European Central Bank is behaving more like a normal central bank.…