My first three investments were IONA Technology, Ryan Air and Kenmare Resources. Of the three I had a good profit in two and a small loss in Kenmare. I was hooked and I ended up getting a job in the stockbroking firm where I’d opened my account and passed my “Registered Representative” exams first time.

I am not all that comfortable sharing the fact that I have lost money in the financial markets. After all “I am a stockbroker” is usually
on the tip of my tongue when people ask me what I do, even though it’s been a long time since I was a stockbroker. I lost that job in March 2009 due partially to the downturn, and partially due to a new boss who seemed to be reading “how to be a manager” out of a text book at night time, and coming in every day to implement what she had learned the night before. Unfortunately she took an instant dislike to me (and me to her if I’m being honest). It’s a shame because she could well be the only person who ever truly disliked me but she happened to be my boss too. Maybe I had an ego because I thought I knew how to make money, plus having an ego was expected of me. I don’t know.

I had opened a CFD account in 2008 and was busy burning my way through cash and continually “re-loading” as my over leveraged positions in the FTSE 100 banks were continually put in margin call. I found it very frustrating and stunningly exciting all at the same time. Traditional stockbroking was for losers! That’s not to say that I didn’t have winners because I did, but winning doesn’t matter when you are betting your full account on the outcome of every trade being correct. All you need is ONE loser. To make a long story short this went on for years after my redundancy as my ego and my wallet vied for supremacy and my career stumbled. I remembered how I used to buy stocks outright, that is to say buying 500 shares of Ryan Air and being on the registrar of shareholders with a vote at the AGM. I remembered having the share certificate and receiving script dividends. Then I remember selling the shares at a profit. What had gone wrong?

Furthermore I had discovered that actually I really prefer to trade Forex and dived into technical analysis soaking up everything I could learn about it. I bought all the books and read all the blogs and signed up to a few websites. I really felt like I understood Technical Analysis. Yet my trading was still doing no better. It was only then as I got a job in the company I’d opened my CFD account with, that I began to read about leverage and money management. I did of course know that one CFD contract was $100K but I felt my determination would overcome the extraordinary leverage I was using with only â‚¬1000 in my account. When I opened a spread betting account I had no idea that £1 per point when EURUSD was trading at say 1.40 meant a £14,000 exposure”¦NO IDEA!

Having lost enough money at this stage I again remembered how I used to be able to make money unleveraged and finally relented to the maths. I CAN make money trading foreign exchange and I can do it with some leverage, perhaps 5:1, but as soon as you take my trade and pump it full of 200:1 leverage, instead of helping me, you immediately handicap me. It screws up my emotions and it screws up my money management as a result. This has been an expensive lesson so I say to you if you have been trading Forex with leverage and failing, then maybe Forex is not the problem, maybe it’s the leverage. Try trading unleveraged just like in the “good old days”. See if it works! If it takes you a whole year to make 10% then great! You’ve just made 10% trading forex. If you can prove to yourself that you can do it un-leveraged then perhaps you can replicate this year in and year out with little or no leverage. Even at 2:1 or 3:1 leverage you can turn a modest account into a big account in a fairly short space or time, but not overnight. It’s better than blowing up your account every two weeks isn’t it?

Then, trade off daily or weekly time-frames. Why should you try to try to compete with robots searching for your stop on a 5 minute time frame. That was not how I made money buying stocks in the 1990’s. Level the playing field and increase your time frame to a point that hands the competitive advantage back to you. If you think that USDJPY will rise because of the diverging interests of the Bank of Japan and the Federal Reserve and you have $1000 in your account, perhaps buy $1,000 worth of USDJPY. Even a 5% stop would mean USDJPY would have to go from say 100 down to 95 for you to lose (right through triangle support and the 200 period daily MA). If on the other hand USDJPY goes to 112.00 in 2014 you’ve made 12% trading forex less overnight charges but still a very healthy sum of money.

Yes I know it’s a bit boring at first but can you actually methodically increase the value of your account so that it is now a very
healthy sum of money? If you can then that is NOT boring. Try telling me that learning a life skill and being successful at it is boring. I’m not going to tell you that I am a rock star performer but then the lights that burn the brightest also burn the shortest don’t they? I’ve made 5% since the beginning of January and I’ve put the numbers up on my
website 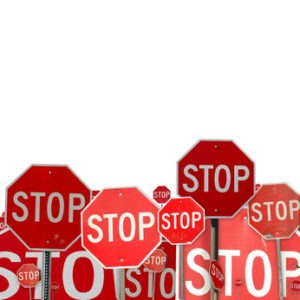 US employment figures send mixed signals to the Fed

My first three investments were IONA Technology, Ryan Air and Kenmare Resources. Of the three I had a good profit in two and a small loss in Kenmare. I was hooked and I ended up getting a job in the stockbroking firm where I'd opened my account and passed my "Registered Representative" exams first time. I am not all that comfortable sharing the fact that I have lost money in the financial markets. After all "I am a stockbroker" is usually on the tip of my tongue when people ask me what I do, even though it's been a long…