Home » Leverage Yourself: How Will the New ESMA Regulations Affect Brokers?

Leverage Yourself: How Will the New ESMA Regulations Affect Brokers? 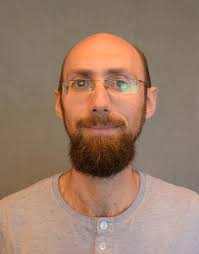 MiFID, GDPR, and now ESMA”¦ You might be forgiven for thinking that there’s been an outbreak of Abbreviation fever in the European financial markets. The fact is, if you’re a serious trader or broker, you’d better get in line with the new regulations””and fast!

ESMA, or the European Securities and Markets Authority, is the financial watchdog set up in 2011 to replace the outdated Committee of European Securities Regulators, or CESR. Good news for investors””ESMA was set up with their interests at heart. The primary objective of this relatively new European body is to protect investors’ rights and make markets and the professionals who run them, more transparent in order to strengthen investor protection.

The three markets on which ESMA has trained its eagle eyes are Foreign Currency (FX), Contracts for Differences (CFDs), and Binary Options. This latter group had an extremely bad press during 2017 with several European and Middle East countries banning them outright.

At the beginning of April 2018, ESMA published findings following a review of the behavior of brokers and traders in the financial markets industry. The report focused particularly on the non-regulated broker fraternity, which has taken a strong foothold in the European market, and which, by and large, has produced more than its fair share of loss-making scandals.

One of the key recommendations that ESMA made was that the wild leverage levels offered to retail customers had to be reined in. Leverage amounts of up to 1:400 were not uncommon, leading to huge losses for some clients unable or unwilling to cut their losses short. The new regulations will see a top multiple of 1:30 for FX deals, 1:20 for indices and gold, 1:10 for other commodities, and 1:5 for shares. These new restrictions are likely to hit broker businesses in the short term, but this is hardly the beginning of the end for the financial brokering business in Europe. For example, in Japan, which hosts the greatest volume of FX trades, the regulated leverage amount is 1:25, and business continues to operate at record levels.

The new regulations also make a distinction between market makers””normally large banks and securities firms, and inter-client brokers, sometimes called Straight-Through-Processing (STP) brokers. By and large, market makers had been offering huge leverage levels to their clients, and, by definition, exposing those customers to enormous losses. And it is the market makers who are most likely to be affected by ESMA. Due to the nature of their trading, they take open positions, which can expose their companies to significant risk. Consequently, the large multiples that they offer their customers can also pass huge exposure onto them. It is that type of risk that ESMA is trying to regulate. STP brokers, on the other hand, do not take positions, and their core business involves matching up buyers and sellers, and taking their commission, or “bro”.

The fact is, trading is hard. If it was easy, everyone would be doing it, and that would quickly ruin the market. To make money, traders must put on a winning trade, and run it until that trade changes direction. Negative trades must be cut short, as soon as possible, to avoid unnecessary losses. Most traders and investors, through a combination of fear and greed, do the opposite. That most market players actually lose money is one of the best-kept secrets in the business. In reality, over 50% of market dealers will lose money, while the percentage of their clients hit by losing trades is somewhere double that, around 80% to 90%. It is this situation that ESMA is trying to resolve.

In order to mitigate against such losses, ESMA has put into place a range of rules. These include a tight enforcement on leveraged trades, as indicated above. No more 1:400 bets will be permitted. Additionally, capital requirement will increase with brokerages now obliged to post an amount of 730,000 euros to start trading. But one of the most controversial measures laid down by ESMA is the requirement for member firms to make clear and open percentage loss disclosures. In a similar way that governments now force cigarette companies to stamp health warnings on their packets, so European financial brokers will be required to state the percentage of their clients who have lost money. Expect to see notices such as, “90% of our customers lost money with us in the past 12 months”. It is a little difficult to imagine how ESMA will be able to make that particular regulation stick, but it will certainly be interesting watching it unfold.

There is little doubt that the new rules laid down by ESMA will benefit institutional and small investors, without which the financial markets would not exist. In the short run, brokers may be inconvenienced. They may even lose money. But, in the long run, they will survive, and their clients will benefit from a vastly improved level of protection. ESMA will make the financial markets a better, fairer, and more transparent environment for all market participants.

Amram Margalit is a professional writer who has worked in a wide range of settings, including technology companies, nonprofits, and the entertainment industry. Within these positions, Amram has provided quality content and advertising services and is currently the Content Manager at Leverate. 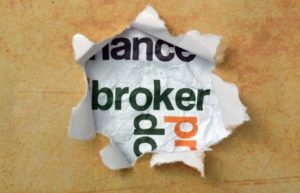 MiFID, GDPR, and now ESMA"¦ You might be forgiven for thinking that there's been an outbreak of Abbreviation fever in the European financial markets. The fact is, if you're a serious trader or broker, you'd better get in line with the new regulations"”and fast! ESMA, or the European Securities and Markets Authority, is the financial watchdog set up in 2011 to replace the outdated Committee of European Securities Regulators, or CESR. Good news for investors"”ESMA was set up with their interests at heart. The primary objective of this relatively new European body is to protect investors' rights and make markets…