Latest
You are at:Home»FXStreet News»McConnell: Even if senate began trial this week, no final verdict would be reached until after Trump left office

Following the news that the House has voted to impeach the US President Donald Trump, US Senate Leader McConnell says best if congress spends the next 7 days on facilitating safe inauguration, orderly transfer of power.

Says no chance a fair, serious impeachment trial of Trump could conclude before president-elect Biden is sworn in on Jan. 20.

Says even if the Senate began trial this week, no final verdict would be reached until after Trump left office.

Markets are on the watch out for retaliation by Trump supporters in the form of protests. However, of far more interest, US President-elect, Joe Biden, will reveal his stimulus plan on Thursday.

Technically, the US dollar is geared-up for an upside extension, contrary to the fact that the market is in anticipation of heavy stimulus fro the new Democratic White House. 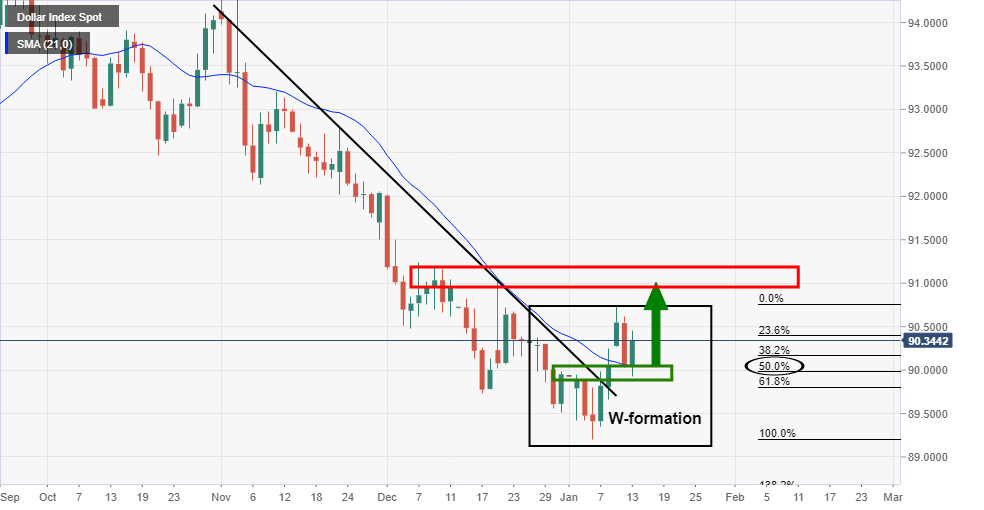 Get the 5 most predictable currency pairs
Previous ArticleForex Today: All eyes on the US dollar and Biden’s stimulus plan
Next Article J&J’s one-shot Covid vaccine is safe and generates promising immune response in early trial