Latest
You are at:Home»FXStreet News»Natural Gas Futures: Extra downside on the cards

Flash prints from CME Group for natural gas futures markets saw open interest advancing for the third consecutive session on Tuesday, this time by almost 17K contracts. In the same direction, volume rose by around 243.5K contracts after three drops in a row.

Natural Gas could slip back to $2.25/MMBtu

Natural Gas prices extended the correction lower on Tuesday in tandem with increasing open interest, leaving the door open for the continuation of the downtrend, at least in the very short-term horizon. Against that, a move to the 200-day SMA in the $2.25 region per MMBtu should not be ruled out just yet. 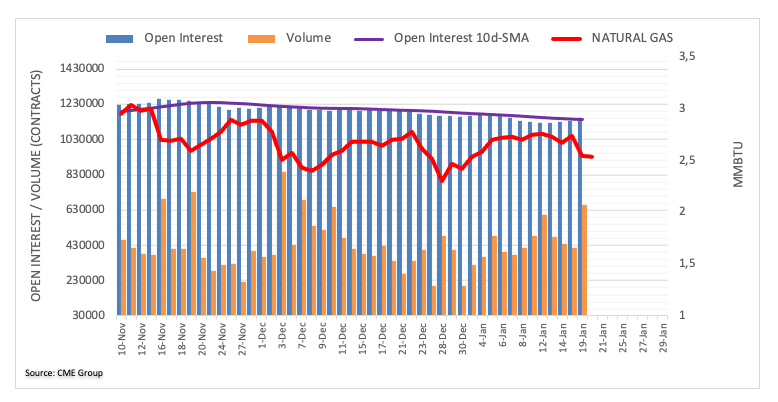