The European Union Council Summit is in play in Brussels. Entering the gathering, UK PM Theresa May repeated her stance to ask for a short Brexitdelay in order to pass the Brexit deal.

However, European leaders say that without an approved accord, there is no rush to approve an extension.

However, time is running out, with eight days until Brexit. Decisions may be taken at the last moment.

Some political analysts say that May may opt for a no-deal Brexit. Fears have brought together labor union TUC with the business lobby CBI. They sent a rare joint letter to May, urging her to refrain from a no-deal Brexit and asked for a meeting with her.

A petition calling the government to revoke Article 50 surpassed one million votes.

However, fears of a no-deal are in play. This is the worst case scenario amid our three options.

Together with a recovery of the US Dollar, GBP/USD tumbled down to 1.3070, the lowest in a week. 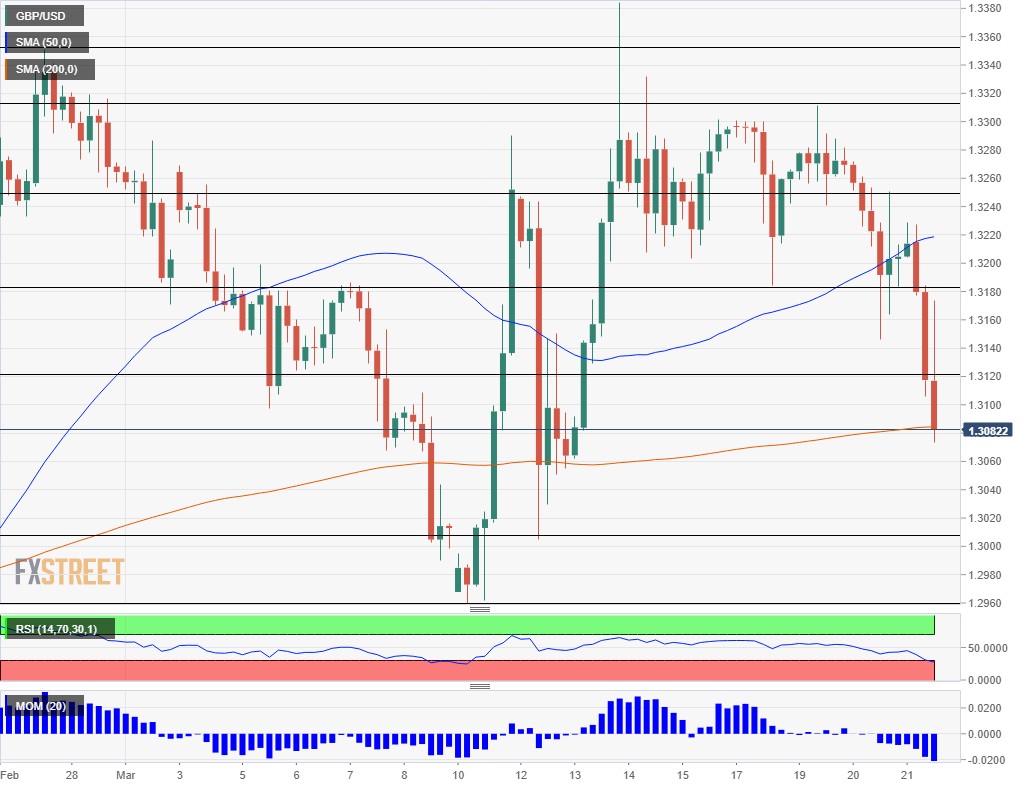 The Relative Strength Index (RSI) on the four-hour chart dropped below 30, indicating oversold conditions. This implies a correction is on the cards.

However, cable dipped below the 200 Simple Moving Average and downside Momentum intensified.

Get the 5 most predictable currency pairs
Previous ArticleEU’s Tajani: Brexit extension should not go beyond April 18
Next Article GBP/USD resumes slide and hits fresh weekly lows near 1.3050