The US dollar rallied on Tuesday, weighing on the commodity & EM complex, and therefore the kiwi also, following a deteriorating of Sino/US relations and general pessimism surrounding G10 politics and economies.

Risk appetite remains weak into the early Asian session as Wall Street closes with US benchmarks firmly in the red. The S&P500 index is down some 2.7% five minutes before the bell.

Tough rhetoric from President Donald Trump on future relations with China if he wins a second term sparked a flurry of risk-off supporting the greenback.

Some unwind of the recent rise in US inflation expectations has helped to drive an unwind of short USD positions.

Market expectations do not anticipate that the FOMC will announce an easing in policy next week to support the move towards average inflation targeting,

analysts at ANZ Bank had to say on the matter of the firmer US dollar, noting that a break of support in NZD/USD around 0.6610 could open the way for a move to 0.6550 near term.

Getting tough on China

The analysts at ANZ Bank explained that a tough stance is being taken by both Trump and Biden as part of their political campaigns:

While it appears to be a bearing fundamental environment for the kiwi, it could be short-lived according to the following technical analysis:

In the prior analysis, which can be read in full here, the current spot market was forecasted as a target area for a high probability and favourable risk to reward.

The position, if taken and not already closed out, can now be closed here or for the sake of a few extra pips, the full target to 0.66 the figure is still a possibility.

The point is, the market structure is already starting to look bullish again from a distance that is, as follows: 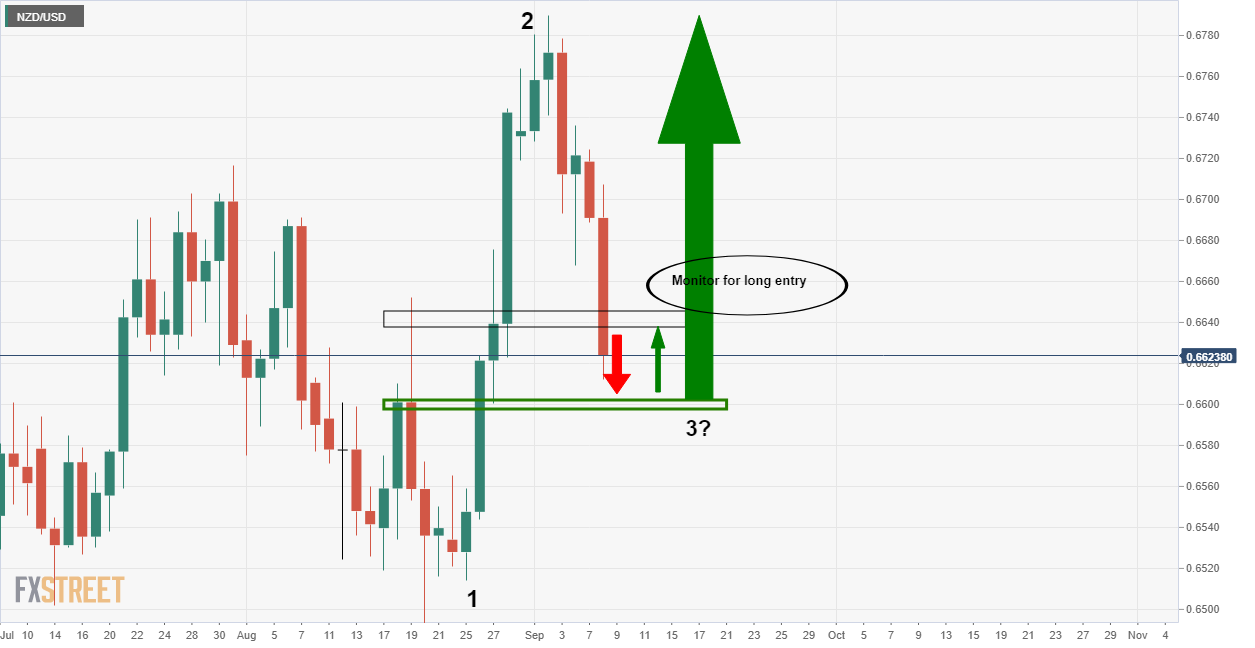 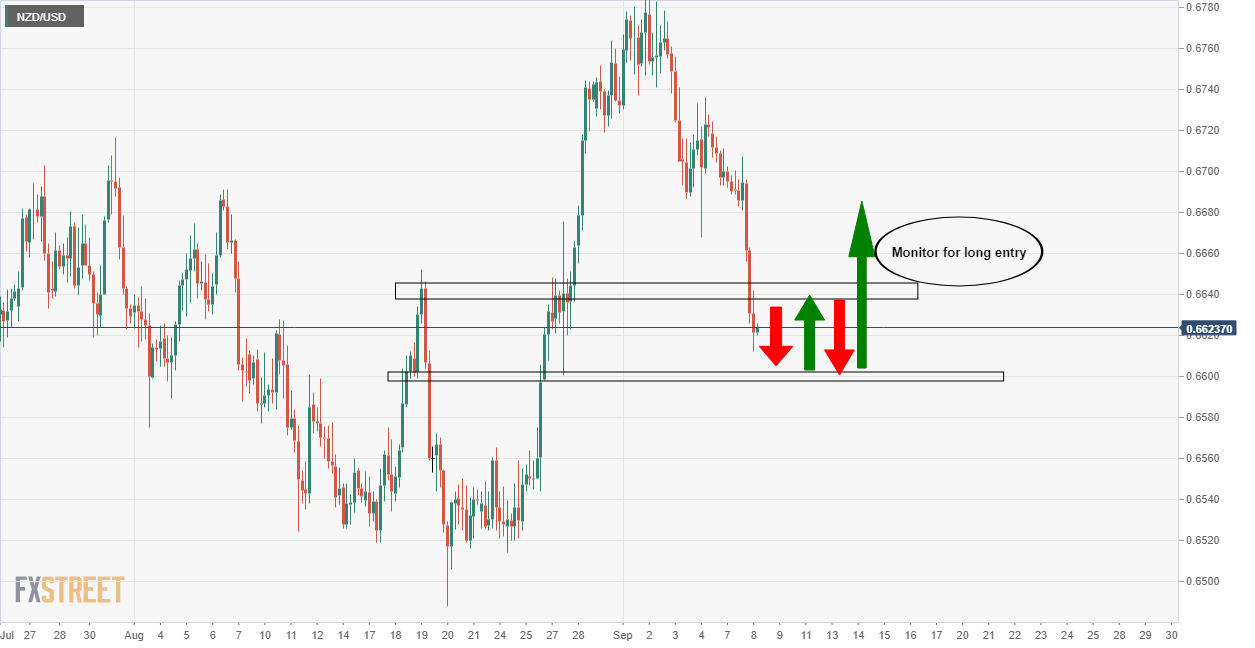 As can be seen, the price will need to consolidate and move back into a bullish situation above structure for the entry to be validated.

Bulls will target a new higher high within a new impulse, or otherwise known as ‘Wave 3’.

Silver Price Analysis: The XAG/USD price has converged into a triangle formation

NZD/USD fell on Tuesday as the greenback picks up a bid on risk-off flows. NZD/USD has had a good run to the downside, bulls are now waiting on the sidelines for Wave 3 bullish extension.  NZD/USD has been trading at 0.6621 between a range of 0.6707 and 0.6612 as the greenback bounces back to life. The US dollar rallied on Tuesday, weighing on the commodity & EM complex, and therefore the kiwi also, following a deteriorating of Sino/US relations and general pessimism surrounding G10 politics and economies. Risk appetite remains weak into the early Asian session as Wall Street closes with…