OANDA recently partnered with Autochartist and enables automatic technical analysis and more partnerships are underway. OANDA’s approach to these partnerships are more similar to Apple’s iStore than Google’s Android: a careful, calculated and well verified approach.

I had the chance to speak with  Trevor  Young, Vice President, Product Management  at OANDA for a chat about technology, new directions and more.

The impressive mobile app was launched back in March. Are there new versions in the pipeline?

We recently had a minor update with more chart types and more indicators and there’s a new release now in Beta testing which you can sign up to. It is the candidate to the final release. This new version has new drawing tools: you can draw support and resistance lines as well as other patterns on the smartphone and on the iPad version.

How is the reception of mobile app?

The recent version had a large list of new features and it received great feedback. We generally around 30% of our daily usage coming from mobile, and over a third of our client base is logging in every day. 15% of our volume has been coming from mobile and the mobile numbers have been creeping up.

2013 was a good year for volatility so far. Do you see it also in OANDA?

Absolutely. 2013 has been a really good year. You can see announcements from our competitors. We are a private company and I cannot share any numbers, but growth has been in line with other companies.

Do you see any of the competitors trying to copy any features on the app?

All the major competitors have mobile apps. MetaTrader 4 released an update recently to tablet apps. In terms of usage, MT4 is still the most used. At OANDA, people have the choice to choose either MT4 of the fxTrade, and most people actually use the native app over MT4. People are slowly catching up: they could be targeting us or just seeing the same trends we see: people are using mobile more than beforehand.

One of the things we are focusing on towards the tail end of the year is going to be the tablet. The tablet usage is a different use case than the mobile usage. People use mobile on the go, but some use tablets as a full replacement: more in the evenings. It is easier for them to get on the tablets.

Regarding regulation, have you seen any recent changes?

We haven’t seen any impacts due to regulation recently. We have a good reputation and a good relationship with regulators in the markets we operate in. We touch base with them constantly. We are already compliant with things coming down the pipeline. We usually welcome more regulation.

Is there any specific region into which OANDA is expanding recently?

We continue to have a global focus. We’ve had a recently release in Japan: previously when we launched our division in Japan, products were more limited. A month ago, we made a major project to bring many of our features to Japan. One of thing we introduced is MetaTrader 4, and also mobile applications are accessible. We aren’t necessarily doing anything different there: we just released all our products there and did some infrastructure work to make sure everything works. If you’re a resident of Japan, it’s now a huge benefit. Autochartist is now available in Japan.

Have you seen higher volatility following the drop in the Japanese yen?

I think that affected volatility everywhere. It has been consistent all over.

Are there any other technological news apart from the mobile app and Autochartist?

We are building a partner program. Previously, OANDA didn’t really work with partners. We’ve usually built things from scratch. What we did with Autochartist is also build the infrastructure for partnerships. Autochartist is the first partner. Over the next year or so, we will introduce more partnerships using the OANDA execution engine and platform. We have a whole program around that.

We are trying to be very selective with partners, finding ones who are aligned with our values, are technologically innovative the way that we are and that have products and services that will benefit our customers. We will not partner with everyone.

We’re also building an API: a programming interface that will allow programmers to build more easily, so that they can take advantage of our quality execution. That’s something we’ve been focused on, and we’ll be launching new services on top of that towards the end of the year.

Will OANDA publish an open API?

We’ll be providing an open API: some of that will be used by our customers and some by our partners. We want to make sure that everybody building on our platform is essentially going to be offering a trading channel for all our existing customers.

We want to make sure that we are open, but on the other hand more restrictive so that nobody will try to scam our customers or do something that is not in their best benefits.

If we compare to the mobile world, it is similar to the difference between the Apple model and the Google model. With Google Andoird you can push anything through the store (and it’s pretty nonrestrictive), while with Apple, they force a due diligence process, review the application and see if the app is line with what they are trying to achieve.

We’re leaning more towards the Apple model: making sure we are protecting our customers and making sure that everybody building on top of the platform are doing that as well.

We’re going to move slowly because it’s very new. One of the things you’ve probably seen is that MetaQuotes had a platform but not really an open one but lots of people found ways to build on top of it, and when some people gained success, MetaQuotes decided to close some aspects. There were a lot of limitations and unknowns and we want to avoid that.

We want to be very clear about what you can and can’t do and where the interfaces are and what’s acceptable. We will be publishing guidelines around that and then reaching out to specific partners.

Thank you very much. 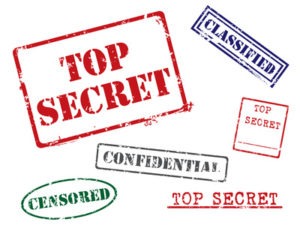 OANDA recently partnered with Autochartist and enables automatic technical analysis and more partnerships are underway. OANDA's approach to these partnerships are more similar to Apple's iStore than Google's Android: a careful, calculated and well verified approach. I had the chance to speak with  Trevor  Young, Vice President, Product Management  at OANDA for a chat about technology, new directions and more. The impressive mobile app was launched back in March. Are there new versions in the pipeline? We recently had a minor update with more chart types and more indicators and there's a new release now in Beta testing which you…