Latest
You are at:Home»FXStreet News»Oil Price Analysis: WTI takes another drop below $40 per barrel and breaks technical formation

Both Brent and WTI have fallen heavily on Tuesday as fears grow that global COVID-19 restrictions could hit demand again. This comes despite the OPEC+ group announcing an extension to their output cuts to December. Elsewhere there was news from Kuwait as their Sheikh Sabah has died. He was responsible for much of the peace between Kuwait and Saudi Arabia and his successor will be Crown Prince Sheikh Nawaf al-Ahmad al-Sabah, his brother.

Looking at the chart, the move lower is breaking levels galore. The red trendline has been taken out and the support at USD 39 per barrel has also been broken. Below the current price level, the market could find support at USD 38.20 per barrel as it had been sticky in the past but a stronger zone is down at USD 37.60 per barrel.

The indicators are looking extremely bearish as expected. The MACD histogram is in the red and the signal lines are under zero. The Relative Strength Index indicator is also very depressed in an oversold area.

It seemed like the price was stabilising at USD 40 per barrel but this move lower looks strong. The main wave low is at USD 36.40 and a break beyond that zone could lead oil into the abyss. 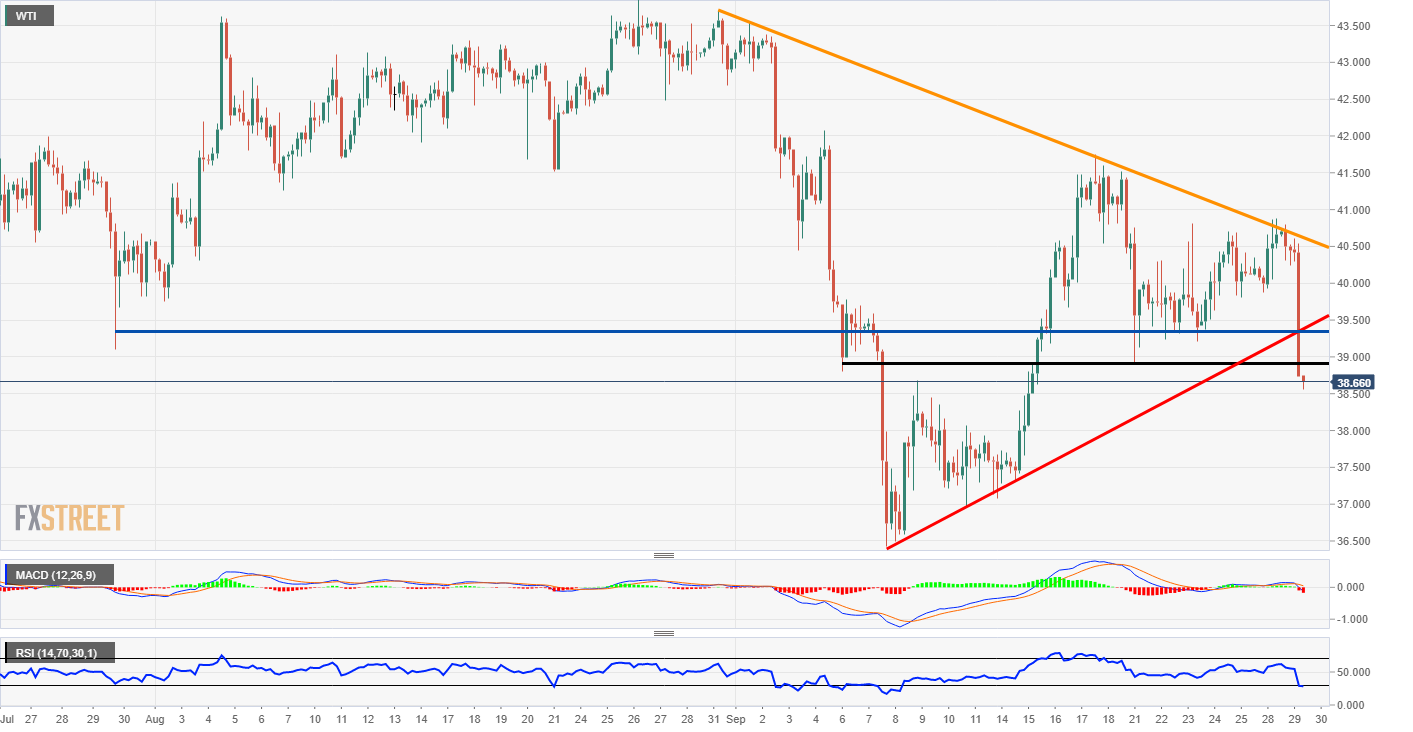 Get the 5 most predictable currency pairs
Previous ArticleGBP/JPY Price Analysis: Recovery losses strength, consolidation above 136.00 is needed it to keep it going
Next Article USD/JPY: Japanese yen firmer to end 2020 – CIBC