Orderly Restructuring? There’s No Such Thing

Any restructuring of Greek debt will be a default and therefore pure disorder. In the following interview, John Kicklighter of DailyFX discusses the situation in Europe, the chances of QE3, Oil/CAD correlation and more.

JOHN KICKLIGHTER – Currency Strategist
Office: San Francisco
Bio: John Kicklighter is a currency strategist for FXCM in New York where he specializes in combining     fundamental and technical analysis with money management. John authors a number of regular articles for DailyFX.com, ranging in topics from basic fundamental forecasts for the G10 economies and commodities to more complex subjects like the level of risk sentiment across the financial markets and the carry trade specifically.    John has actively traded since he was a teenager. His experience ranges from spot currency, financial futures, commodities, stocks, and options on all of these instruments for his personal accounts. John graduated from the Zicklin School of Business at Baruch College in New York with a Bachelors degree in Finance and Investment.

1. Do you think we will see an orderly restructuring of Greek debt? If so, how will it impact the euro?

A restructuring – just like a reprofiling – is a technical default event. So, while hashing out the details of such a development may be orderly; the event itself is pure disorder. The reason this is such a troubling possibility is that it was considered an impossibility that a member of the Euro Zone would default on debts given that it was financially backed by fellow Union members and a rigorous evaluation was supposedly performed to ensure Greece’s financial health in the first place. At this point, we know both points were overstated. The foundation of the euro and its monetary union is that it represents a collective. If one of its rank is allowed to fail in its obligations, that substantially undermines the assumed reserve status the currency was aiming for. In the end, the region will likely be stronger for making it through all these issues; but it will certainly lead to a short-term reversal in undue status and a lasting sense of uncertainty should anything like this start to bubble up in the future.

2. Given the flow of weak economic indicators from the US, and especially the small gain in jobs seen in the Non-Farm Payrolls report, do you think that the FOMC might consider a third quantitative easing program?

Whether a third round of quantitative easing is pursued or not will be a highly contentious debate at the policymaker and speculative level. A cooling of the strong recovery effort that followed the 2008/2009 plunge is natural. A considerable portion of the growth (and much of the capital markets strength) through the previous two years was founded on cost-cutting and temporary stimulus. Thereby, it is only natural that a transition from cost cutting to demand-driven expansion is a necessity. Policy officials can try to keep policy extremely accommodative through this transition; but a market correction in response to its eventual draining is inevitable. More importantly, there is a financial and fiscal cost in maintaining a large balance sheet; which can lead to those engrained problems that so many officials dread. I think the Fed will recognize the timing is right to cap and start reversing its stimulus.

3. With the current strength of the Swiss franc, is there a chance of another intervention by the SNB? Or have they learned from their past unsuccessful efforts?

From a trader’s perspective, the question truly is whether intervention is actually effective. It certainly is not. The best hope for influence over the market using this approach is shock-value. If you can market participants off guard when trading conditions are relatively thin or balanced; you may be able to tip the scales on a larger speculative run. Aside from that approach though, central banks don’t really have the necessary liquidity and fortitude to fight prevailing market trends (like a risk aversion effort directing capital from the riskier areas of the European Union to relative safety in Switzerland). This reality doesn’t necessarily prevent the SNB from trying; but I think central bank President Hildebrand has come to terms with is limitations.

4. The Australian economy is also showing signs of weakness recently, after a long period of strength. Is there room for a rate cut in Australia, or are hikes still possible this year?

There is a danger is standing as the leader for growth and expectations for return. If you start to lose that sheen, the market has a tendency to abandon that outperformer more quickly than its more stable counterparts. Australia is certainly facing a slowdown in its remarkable pace of expansion (due in large part to a concerted effort to pump the breaks on China before it suffers a major financial problem); but that doesn’t necessarily threaten rate cuts for the immediate future. Underlying inflation is still pervasive in Australia while growth and financial health are sound enough to maintain the country. Furthermore, we see that interest rate products reflect a market that is still pricing in a positive yield curve through the foreseeable future. I’d say a hike is a good possibility in the first quarter of 2012; but I wouldn’t expect a move before then.

The long-term correlation between USDCAD and oil is remarkable; but that is not necessarily a relationship that carries over to the other Canadian dollar crosses. With the US dollar / Canadian dollar pair, we have a unique situation. The economic, financial, policy links between these two economies is extensive. When one of the two suffers a significant shift in activity (usually the US guiding Canada), the other often follows. The connections between the two are so extensive that it effectively neutralizes a lot of the underlying fundamental considerations that exact an influence on price action.  Therefore, we are left with just a few considerations that can really alter the performance of this pair. The strength of trade and appeal for investment are two prime factors – and both can be reflected in oil prices (since energy exports are a considerable, one-way trade item and there is significant investment behind the Canadian energy complex). So, in short, the correlation between oil and USDCAD is strong; but don’t expect that to be catalyst for the Canadian dollar across the board. 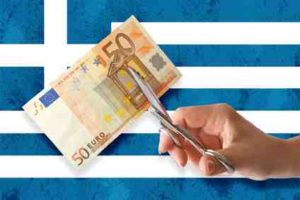 Any restructuring of Greek debt will be a default and therefore pure disorder. In the following interview, John Kicklighter of DailyFX discusses the situation in Europe, the chances of QE3, Oil/CAD correlation and more. JOHN KICKLIGHTER - Currency Strategist Office: San Francisco Bio: John Kicklighter is a currency strategist for FXCM in New York where he specializes in combining     fundamental and technical analysis with money management. John authors a number of regular articles for DailyFX.com, ranging in topics from basic fundamental forecasts for the G10 economies and commodities to more complex subjects like the level of risk sentiment…