The Australian dollar is recovering form the lows seen earlier, but hasn’t gone too far. Can it  continue advancing? Or is set to fall?

Eaton Vance picks the latter and provides a full explanation:

Eaton Vance Global Macro Absolute Return Strategy has most of its short positions in the currency space, and among them is the Australian dollar, which, according to portfolio manager Eric Stein, has a lot of downside still.

On the long side, Stein told MNI his strongest convictions are in India and Sri Lanka.

Overall, the Global Macro Absolute Return Advantage Fund’s portfolio composition at the end of September reflected an appetite for frontier markets, both on the debt and currency fronts.

Looking at the portfolio’s foreign sovereign external debt exposure, Tanzania, Irag, Zambia, and Pakistan were among the top 10 exposures at the end of September in terms of absolute value as a percentage of net assets.

On the currency side, the fund had 4.47% of its foreign currency exposure to the Indian Rupee at the end of September.

“There is the potential for the Australian dollar to fall a lot lot more both based on domestic fundamentals of Australia,” Stein said, and on external factors such as the U.S. dollar’s strength and the weakness in China.

“It should be a perfect storm for a weaker Australian dollar,” he commented.

While not “super bearish” on China, he said, “there is potential for an even bigger slowdown.”

Regardless, the simple fact that the country is reorienting the composition of its economy should lower commodity prices globally.

As China growth slows and growth composition rotates from production to consumption, “you’ll probably see a bigger impact on China’s use of commodities,” he said, benefitting importers and hurting commodity exporters.

That makes the Canadian dollar “another good short,” although the advantage relative to Australia stems from Canada’s ties to the U.S. economy, for which growth prospects are brighter.

Still, Canada exports a lot of energy, and will feel the heat of lower oil prices.

Canada’s Finance Minister Joe Oliver himself acknowledged in a statement Monday that, “Oil prices have declined by over 25% since July, reflecting increased supply and reduced demand.”

“This will affect our economy in a variety of ways and adversely impact our fiscal situation,” he said, although he continues to expect a budget surplus next year.

What’s more, Bank of Canada Governor Stephen Poloz’s background in the export industry makes his reaction function likely to favor of a weaker loonie, he added.

So “over time, the Canadian dollar should weaken vis-a-vis the U.S. dollar, at least in the short term to medium term.”

On the other hand, “if you are a country like India, I think you are very very much helped by lower energy prices,” the portfolio manager said.

Lower energy prices are just one positive factor at play for India, one of Stein’s favorite long bets.

“India is certainly a place that I like investing,” he said, in light of the country’s reforms in particular.

“The landside BJP victory in the May 2014 general elections puts the government in a strong position to implement much-needed market reforms,” DBRS said. It also cited improving macroeconomic policymaking, both on the fiscal front – with the government’s commitment to rationalize spending and advance tax reform – and on the monetary front, as “the Reserve Bank of India aims to anchor price stability with a transparent monetary framework.”

In its latest Global Macro Outlook, Moody’s pointed out Tuesday that such strong growth prospects contrast with the ongoing slowdown in China.

Moody’s expects China’s GDP growth pace to decline to “just below 7%” next year and even lower in 2016, from 7.3% in 2014, “as the authorities pursue their objective of rebalancing the economy away from debt-fuelled investment towards consumption while achieving sustained employment growth.”

“In contrast, as already implemented and planned economic reforms spur economic activity, GDP growth is likely to rise above 6% in 2016 in India” from just under 5% this year,” Moody’s said.

Moody’s also underlined that, “unlike most other G20 emerging markets, India is also a net commodity importer and will therefore benefit from the fall in commodity prices which will help lower inflation, in particular at a time when fuel subsidies are being removed.”

From an investor’s standpoint, the country has “a lot going right,” Stein said of India, which has become a darling among many asset managers as did Mexico before it.

At Eaton Vance, Stein cited attractive interest rates, while “Indian equities are also a good place to be.”

On the currency front, he also sees “good value” in the Indian Rupee in the world of emerging market currencies “somewhat insulated from a rising U.S. dollar,” even if the greenback is likely to rise against the Indian currency as well.

“I think India should be one of the outperformers among EM currencies,” said Stein, also a vice president at Eaton Vance Asset Management.

Beside his strong positive conviction about India and his shorts in the Australian and Canadian dollars, another theme is being long the U.S. dollar versus the yen and the euro.

In Japan, where the central bank’s policy is more likely to boost asset prices than real economic activity, that should translate into a weaker yen and higher stock prices.

“We are positioned that way,” Stein said, “to benefit from rising Japanese stock prices and a weakening yen.”

That being said, there is potential for real economic activity to pick up with the third arrow of ‘Abenomics’ reforms, he said.

In the Eurozone, the central bank has also taken quantitative easing steps, which, however, will only help the real economy “at the margin,” with some benefit from the weaker euro.

The problem is that the Eurozone being a bank-led economy – relying more on bank lending than capital markets – it limits the effectiveness of the European Central Bank’s QE measures, given the constraints on the banks’ balance sheets and subdued credit demand.

Despite the monetary policy easing environment, Stein doesn’t see value in European government bonds, not even in peripheral countries, arguing that yields on Spanish and Italian bonds are below those of Treasuries.

“They just don’t offer a lot of value with yields so low and still a lot of fundamental problems,” Stein said. “The upside is very limited following the rally that we’ve seen and the downside is still there,” he continued, stressing that the debt loads in some of the European countries and the pressure to restructure years down the road shouldn’t be totally discounted. 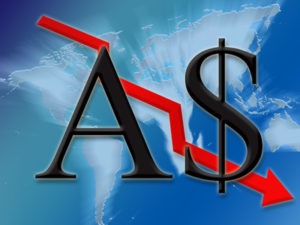 The Australian dollar is recovering form the lows seen earlier, but hasn't gone too far. Can it  continue advancing? Or is set to fall? Eaton Vance picks the latter and provides a full explanation: Here is their view, courtesy of eFXnews: Eaton Vance Global Macro Absolute Return Strategy has most of its short positions in the currency space, and among them is the Australian dollar, which, according to portfolio manager Eric Stein, has a lot of downside still. On the long side, Stein told MNI his strongest convictions are in India and Sri Lanka. Overall, the Global Macro Absolute Return…