Printing Euros Would Boost the Euro

Printing currency does not necessarily devalue it immediately. A massive move by the ECB to absorb Spanish and Italian bonds would probably be greeted with a big sigh of relief. The support offered to the crisis could offset inflated money supply in the medium term, says John Kicklighter of DailyFX.

In the interview below, Kicklighter discusses the situation in Europe, QE3 in the US, how the nomination of Paul Ryan could impact the dollar and more.

The impact that the stimulus has on the currency and financial markets depends on what the prevailing market conditions happen to be when it is implemented. Back in 2008, the massive infusion of capital by the US policy authorities didn’t initially stop the dollar from soaring. That is because the sense of financial crisis overwhelmed the increase in supply (global investors were happy to absorb dollars as they sought out liquidity at any cost). Later on, the supply/demand balance tipped back to neutral and the greenback was hurt for it, but not before that incredible surge. Admittedly, the Euro is not on the same level as the dollar when it comes to safe haven status, but there will be a phase of ‘relief’ should the ECB decide to absorb Spanish and Italian bonds to curb one facet of the region’s growing problem. The euro has been driven down because with investors pulling out of the region or shorting on expectation of a destabilizing crisis. A pricey rescue would first lift that risk premium – and perhaps the support it offers could be enough to offset the cost of an inflated money supply in the medium-term.

Greece has fallen short of the agreed targets countless times before and there have been further concessions made on a regular basis. The other Eurozone members are not particularly keen on throwing more money into the situation, but the alternative would be a critical change on their position for maintaining the euro itself. To cut Greece off would be tantamount to seeing their eventual bankruptcy which would necessitate their exit from the group. That might not seem a bad thing for either the Greeks or other Eurozone members, but we have to remember the position the shared currency is trying to carve out for itself: a viable alternative reserve currency to the US dollar. If one member economy – a small one at that – cannot survive in the structure and find meaningful support from its counterparts, then there will be serious doubts about the euro itself. The economic calculation will always be which is least expensive over the long run: supporting Greece and others to maintain the EMU or opening the doors to exits. This will continue to hinge on Germany and other big EZ members’ arithmetic.

Many seem to think that a QE3 effort is a sure thing, but we have yet to see the conditions to truly necessitate another massive expansion of the Fed’s balance sheet. There is a very high economic cost with these programs – and the worst of it is what happens to the markets and economy when the support scheme has to be unwound. Given the outcome of the past two rate decisions, I would think that another infusion of stimulus would have to require a distinct financial disruption. And, since the markets are stable under the assumption that stimulus is already baked in; we may have a cycle of self-fulfillment that is also a heavy contributor to volatility. Another consideration is that more central bank members are admitting that there isn’t enough research on what the payoff for subsequent rescue programs has been for the economy. The collection of growth readings and health of the capital markets will very much be the barometer for further action, but I wouldn’t be surprised if the Fed is setting the benchmark higher.

From a global perspective, the choice for the Republican running mate has limited sway over how investors perceive the dollar. The greenback is first and foremost a safe haven – desired when financial conditions around the world are convulsing. As we’ve seen with the massive stimulus infusion back with the 2008 financial crisis, the position of the greenback and Treasuries was all that mattered when everything else in the risk-reward spectrum was blurred. The mix in the executive and legislative branch will likely have a lot riding on quiet capital market conditions heading into actual vote. However, regardless of whether the administration changes or not, the options available to the people in power will likely be the same. We have seen many instances in the recent past where promises for change – whether from conservative to liberal or liberal to conservative – have consistently resulted in the same path (Spain, Italy, France, Japan, etc).

A strike on Iranian nuclear facilities has long been speculated by the media and markets; but with each day that passes and no action is taking, that risk premium deflates. That said, such a move would almost certainly catch the oil and capital markets off guard as the strategic element of surprise in such a military move naturally leaves the markets unprepared. The immediate interest from the FX markets would be the currencies of the oil producing / broking countries as energy prices would increase and generate greater revenue for the alternatives. That would mean the Canadian and Australian dollars (providing oil to the US and China respectively) would be the most direct path. The Norwegian Krone would be another benefactor particularly against the euro. A second round effect would be a boost to the safe haven currencies as the threat of a multi-participant war would take a big step forward. 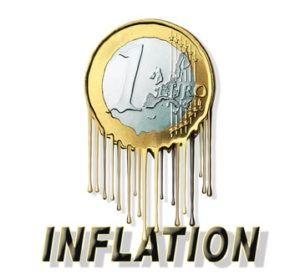 Printing currency does not necessarily devalue it immediately. A massive move by the ECB to absorb Spanish and Italian bonds would probably be greeted with a big sigh of relief. The support offered to the crisis could offset inflated money supply in the medium term, says John Kicklighter of DailyFX. In the interview below, Kicklighter discusses the situation in Europe, QE3 in the US, how the nomination of Paul Ryan could impact the dollar and more. John Kicklighter is a currency strategist for FXCM in New York where he specializes in combining     fundamental and technical analysis with money…