The French downgrade, which is rumored as coming any minute, isn’t priced in yet. The actual move means that the core is officially hit by the debt crisis, says Christopher Vecchio of DailyFX.

In the interview below, Vecchio discusses actions by the ECB, the decoupling of the US from the rest of the world and more. Bullishness in felt only concerning the EUR/CHF floor.

Christopher Vecchio is a currency analyst for  DailyFX. With a background in political science and law, he focuses on the interrelationships between geopolitical events, macroeconomic trends, and market reactions. Also an active trader, Christopher monitors the markets around the clock. Expertise: News events, market reactions, an macro trends.

1.          Mario Draghi is under pressure from all sides, including pressure for full blown QE. Do you think that he will introduce new steps in the upcoming rate decision, or take a pause after the significant decisions made last month?

While the European Central Bank is not expected to announce a change to its key interest rate on Thursday, which is currently at 1.00 percent, market participants will be looking to see if the ECB announces any permanent funding measures for peripheral sovereign debt. At the December 8 meeting, where newly-minted President Mario Draghi announced the second consecutive 25-basis point rate cut, he also noted that any measures employed to support periphery sovereign debt were “temporary by nature,” leading to a broad sell-off of the Euro and higher yielding currencies in favor of the U.S. Dollar.

Should bond purchases remain “temporary,” I expect additional Euro weakness and U.S. Dollar strength, with a broad shift into safer investments across other asset classes as well. On the flipside, if the ECB announces permanent measures to support Euro-zone bonds, further downside pressure in the Euro is expected over the medium-term while risk-correlated assets and the commodity currencies – the Australian, Canadian, and New Zealand Dollars – are primed to extend their weekly gains and push further into the black in 2012. There is a third outcome – more neutral – that suggests a policy meeting that neither surprises or disappoints could provide a relief rally to the Euro and higher yielding currencies against the U.S. Dollar.

2.          A credit rating of France by S&P is highly anticipated. Is it already priced in? Will it have a domino effect on other sovereigns, banks and eventually weaken the euro in the longer run?

I would not agree that a rating cut for France is priced into the market. Last month, Standard & Poor’s said that they would announce various rating changes to European countries following the December 9 Euro-zone summit if the results did not yield the proper remedy to the crisis, not only in the near-term but for the long haul. In the current environment, in which investors remain tentative to reenter the market in the New Year, a ratings downgrade would create a cataclysmic sell-off across all asset classes. Mainly, this is due to France’s position in the Euro-zone: it is considered to be a part of the core countries, alongside Germany.

If France loses its ‘AAA’ rating, the concern, then, would be if the Euro-zone crisis had moved past the periphery and into the core, jeopardizing the global financial system, but more importantly, the political stability of the region. In the long-run, I do believe that the market is already beginning to price in a weaker Euro. Do I believe the crisis will get worse? Yes – the current leadership has time and again disappointed market participants, weighing on risk-appetite, and likewise, the Euro. Considering this with the fact that the European Central Bank recently expanded its balance sheet to a record â‚¬2.73 trillion Euros – their version of quantitative easing – we can expect the Euro to weaken against the majors, especially the U.S. Dollar, if fear is afoot. If sluggish growth becomes a global trend, the Federal Reserve could unveil another round of easing, which would help relieve long-term downside pressure on the EUR/USD.

3.          The Bank of England is expected to increase the bond buying scheme during 2012. Do you think that this is a done deal? What data can prevent such a move?

This is a done deal. But for the Euro-zone crisis, market participants might be paying more attention to the problems currently facing the United Kingdom, which I would argue are on par with some of the problems facing Euro-zone member states. To be honest, little positive data has emerged over the past few months for the British economy. The Office for National Statistics released its final reading of third quarter growth on December 22, which showed that growth was poor at best at 0.5 percent on a yearly basis. The unemployment rate has been rising, now at 8.3 percent as of November. The figures are even more discouraging considering other advanced economies, such as China and the Euro-zone, anchored by Germany, are slowing as well. A global slowdown in growth will only further weigh on the British economy.

Factor in sharp price pressures – the year-over-year consumer price index reading held over 5.0 percent at times last year – a depressed housing market, and contracting industrial and manufacturing sectors, it’s clear that something needs to be done. Given the state of global monetary policy – print, print, print – I expect the Bank of England to turn on the presses at least twice this year. Further easing measures by the BOE will do little to solve the fundamental flaws in the economy, but the stimulus will do little in the face of a staggering mound of debt. The United Kingdom’s best chance at avoiding another slowdown would be hoping that its major trading partners, most notably the Euro-zone and the United States, stay afloat in what appears to be turbulent seas ahead.

4.          The drop in the unemployment rate in the US is encouraging at a first glance, but critics say it is related to a smaller workforce and also tax incentives that expired at the end of 2011. Do you think the US economy is on a good path to recovery?

Somehow, the American economy has been able to defy odds and decouple from the rest of the world. This won’t be the case in a few months; the decoupling is near the end of the road. This is not necessarily due to the state of the American economy, at least domestically, but a function of the problems facing the global financial community. Two of the United States’ top three trading partners – the Euro-zone (first) and China (third) – have seen growth prospects dim significantly over the past few months, and if trade with these countries slows, then the American economy will experience slower growth as well. If the labor market is truly showing signs of improvement – I would argue that there are some bright spots but still nothing to write home about – any further growth will need to come on the near-term horizon as the situation in Europe erodes over the coming months. While we may see some organic job growth, any significant damage done to equity markets on fear of a Euro-zone meltdown would dramatically change American companies’ hiring practices, so the best bet going forward, if one believe the American economy can remain on this path, is to hope that there isn’t another worldwide slowdown in growth.

5.          With Phillip Hildebrand’s immediate departure from the top post at the SNB, and the weakness of the euro, is there a risk to the 1.20 floor under EUR/CHF?

While this is a possible outcome, it is unlikely. Vice President, Thomas Jordan, was recently named the interim president of the Swiss National Bank and he won’t depart from the current policies. In fact, back in August, Mr. Jordan was the Swiss policymaker who first floated the idea of a floor, at least publicly, after the EUR/CHF had depreciated to near-parity. As one of the supporters of the floor, I do not believe he will allow the Franc to float freely against the Euro in the coming weeks. On the flip side, government officials have pressed the SNB to raise the EUR/CHF floor to as high as 1.35 or 1.40; but Mr. Jordan, given the opportunity as president, doesn’t appear to be ready to concede to nationals either. For now, the 1.20 floor looks secure, and if there is a change in policy, it would mean a higher peg, but only to 1.25 or 1.30 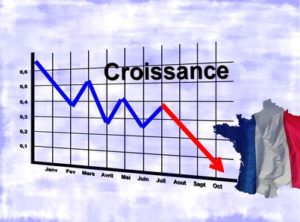 The French downgrade, which is rumored as coming any minute, isn't priced in yet. The actual move means that the core is officially hit by the debt crisis, says Christopher Vecchio of DailyFX.   In the interview below, Vecchio discusses actions by the ECB, the decoupling of the US from the rest of the world and more. Bullishness in felt only concerning the EUR/CHF floor. Christopher Vecchio is a currency analyst for  DailyFX. With a background in political science and law, he focuses on the interrelationships between geopolitical events, macroeconomic trends, and market reactions. Also an active trader, Christopher monitors…