Overnight price action during the Asian session was mixed, with a report released from the Japanese business daily Nikkei that Obama was set to name Larry Summers as the next Chairman of the Federal Reserve. US treasuries declined after the story was released, with the 10yr yield increasing to 2.92% as bond markets became jittery that Summers could be announced as the next Fed Chair as early as late next week. Rightly or wrongly, the market interprets Summers as having a slightly more hawkish stance than the current leadership of the Fed, so accordingly overnight flows favoured asset classes traditionally supported by speculation of QE tapering as the greenback gained strength and the commodity complex stumbled. The credibility of the report has been questioned by market participants, especially when later in the morning the White House dismissed the notion that Obama had made a decision on the Fed Chairman. After the dust settled, the Nikkei equity index was higher by 0.12%, the Shanghai Comp fell by 0.86%, and USDJPY made another failed attempt to overtake the 100 handle, now trading down into the mid-99s as the yen retraces its earlier losses.

The European session has been quiet so far, with major bourses in the region taking cues from the Asian session as mixed performance is displayed across the board; the FTSE is lower by 0.19%, while the Stoxx is close to unchanged, and the Dax adds 0.13% to its valuation. Employment figures from the Eurozone showed that the number of people in work fell by 0.1% over the last quarter, a slower pace than the -0.4% that was experienced in Q1. Offsetting the slightly upbeat employment news, debt levels in Spain have risen to a new record, standing at 92.2% of GDP and well above the government’s target of 91.4% by year end. Spain’s regional equity index is under pressure midway through their session, while the EUR tries to regain the 1.3300 handle against the USD to edge back into unchanged territory.

Heading into the North American open, both retail sales and the producer price index for the month of August were released earlier this morning. Despite a couple little blips over the last year, on balance, retail spending in the US has been on a fairly stronger upward trajectory and one of the major data points contributing to fairly strong GDP reading when compared to other developed economies. The uptrend was expected to continue in August, increasing by 0.4% from the prior month; however, the back-to-school numbers weren’t as hot as economists had been hoping for, with the reading only increasing by 0.2%. The headline print was the lowest reading in four months, showing restrained income growth might be hampering consumer demand and a headwind to the retail sector gaining momentum in the coming months.

On the price side of things, companies have recently not felt the requirement to hike prices to consumers, with the previous reading coming in flat m/o/m. The price of finished goods and services sold by producers was expected to increase 0.2% on the headline reading, and the official figures came in roughly as expected with a 0.3% increase from the previous month. The figure reinforces that slow global growth has allowed manufactures to toe the line on prices, and that inflation for the United States is likely to remain subdued into the end of the year.

Equity futures in North America are slightly higher before the opening bell, but not convincing we’ll see a green start to the morning. Crude futures are seeing a slight offered tone as Syria’s Assad appears to be cooperating with the proposal of the anti-chemical weapons convention, as front-month WTI slips back down to $108/barrel. The Loonie was weaker overnight against its southern dollar counterpart, but gained back some of those losses on the softer than expected retail numbers out of the US. Decent buying interest for USDCAD in the low 1.03s has stalled the pair’s slide for now, with yesterday’s doji candle reinforcing the notion the bears currently indecisive as to whether the pair can go lower at this moment.

As we move into the end of the week, the main economic event remaining on the calendar is the preliminary University of Michigan Consumer Sentiment reading for the month of September. Although the survey pertaining to consumer emotion in the United States has come off its recent highs somewhat, the reading remains at elevated levels, signaling the average household is bullish on the future direction of the economy. The September print is expected to continue the fresh softness, although the median analyst forecast is only for an 82 flat versus the August reading of 82.1. While not as important of an input as last week’s Non-Farm Payrolls when trying to decipher the pace of asset purchases the Fed will deem appropriate at their meeting next week, a large deviation from market expectation could definitely provoke a knee-jerk reaction in markets. Market participants would be wise to speak with their dealing teams ahead of the release, and discuss strategy and what the impending price action could mean next week for the FOMC meeting.

Price action in the Loonie has been interesting over the last week, with a strong employment report out of Canada fueling momentum buying that has taken USDCAD through trend-line support when looking at the daily bars. The sustained break of the trend-line could spell further losses for the USDCAD pair based on technical charting; however, when looking at longer-term price action (weekly bars) the analysis isn’t so cut and dry. The potential inverse head and shoulders formation on the weekly chart sustained a break of its neckline back in June of this year, and the subsequent re-test of the neckline suggests that if the 1.02 area can be held, the next major move for the pair would be sharp spike higher. One thing is for sure, heading into the end of the year with an impending taper from the Fed and ongoing geopolitical concerns in Syria, the road forward will be anything but smooth. 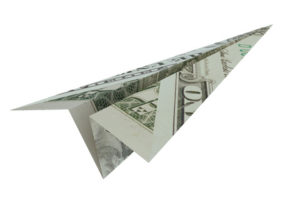 Overnight report from Nikkei that President Obama to name Larry Summers as next Fed Chair boosts USD; White House later denies Obama has made a decision Spain's debt-to-GDP reaches record high; IBEX struggling midway through the European session Slower back-to-school sales in US hamper retail sales numbers; DXY takes a hit high-beta currencies finds some bids Prelim UoM on tap just before 10:00am EST; expectations are for a reading of 82.0 Good morning, Overnight price action during the Asian session was mixed, with a report released from the Japanese business daily Nikkei that Obama was set to name Larry Summers…