Home » The History And Growth Of CFD Trading

The History And Growth Of CFD Trading

Contract for difference or CFD is a term used in finance to denote a contract between two parties where the seller agrees to pay the buyer the difference between an assets value at the time of the contract and at the end of the contract. If the asset loses value, the buyer must pay the difference in value lost. In essence a CFD is a financial derivative which allows a trader to benefit from both short and long positions. They are commonly used for market speculation dealing with stocks without purchasing shares. They are used worldwide.

CFDs started in London in the early 1990. Jon Wood and Brian Keelan of UBS Warburg are credited with developing the type of equity swap traded on margin that became the CFD. They used it on their Trafalgar House deal. Institutional and hedge fund traders on the London Stock Exchange used early CFDs as a cost-effective way to limit their exposure. CFDs required only a small margin and eliminated the need to pay UK tax called stamp duty. Retail traders began to use CFDs in the late 1990s. Many UK companies used CFDs via innovative online trading platforms.

By the year 2000, retail traders begin to see using CFDs to leverage an underlying instrument as being a great benefit. CFD providers rapidly began offering not only shares on the LSE, but bonds, commodities, indices, currencies and global stocks. Soon the most popular way to trade CFDs was index CFDs based on the Dow Jones, NASDAQ, CAC, DAX, FTSE, S&P 500 and other major global indexes. CFD providers in the UK and Ireland quickly created financial spread betting operations to get a Capital Gains Tax exemption. Soon CFDs had spread to Australia and many other countries and overseas markets.

CFDs were exclusively traded over-the-counter until 2007 when the Australian Securities Exchange began listing exchange-traded CFDs. Two years later to avoid CFDs being used in cases of insider trading Financial Services Authority, the UK regulator, began requiring CFDs to have a general disclosure. Then in 2013, LCH.Clearnet, Cantor Fitzgerald, Commerzbank and ING Bank began offering centrally cleared CFDs to increase the number of cleared OTC contracts. The move was in line with what the EU financial regulators had in mind for CFDs.

In the last decade the popularity of CFD trading has increased consistently, reaching the amount of active traders, reported in the chart below:

It is essential to estimate the cross-over point between the cost related to stamp duty in a traditional transaction and the funding charge associated with running a CFD position.

As stated in the research provided by the contracts-for-difference.com website, “comparing financing costs with the saving in stamp duty, we find that economically it is more beneficial to hold the CFD for a short-term trade, however if the investment is held for longer than about ten weeks, it will probably be more efficient to pay the stamp duty.”

Pros and Cons of CFD Trading

There are several types of risks involved with trading using CFDs. The primary one is market risk. People trade CFDs on margin. This creates a leveraging effect that increases risk. The use of stop loss orders is one way to mitigate market risk. Liquidation risk is another challenge with CFDs. If a CFD provider requires a buyer to deposit additional money to cover additional variation margin and the buyer doesn’t provide it on time, the CFD provider can liquidate the position and the buyer is liable for any losses. Counterparty risk is another concern for people trading CFDs. It relates to the contracts counterparty’s financial stability. The CFD has vey little or no value if the counterparty doesn’t fulfill their financial obligations.

CFDs are seen as an alternative to trading physical shares directly or through margin lending, futures, covered warrants or options for speculating in the financial markets. As much as 1/3 of the volume on the LSE is CFD related. Traders like CFDs because there’s no expiry date or time decay, trading is done over-the-counter and they with the underlying market usually are one to one. It also has small minimum contract sizes, new instruments are easily created and it is easy to trade a wide range of underlying instruments. CFDs are preferred over futures because of the smaller minimum contract size. Moreover many traders use CFDs to hedge their futures positions.

AlfaTrade is one such online trading platform. In addition to providing forex trading tools, the company has many years experience and success in capital markets. A world leader in online trading, AlfaTrade broker is known for its security, integrity and transparency. They outperform the expectations of their partners and investors by providing the knowledge, tools and know-how to succeed. They efficiently execute orders and offer high-quality services and great execution rates. 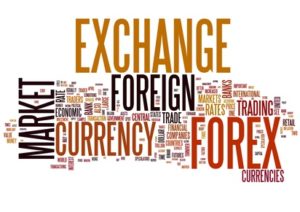 Contract for difference or CFD is a term used in finance to denote a contract between two parties where the seller agrees to pay the buyer the difference between an assets value at the time of the contract and at the end of the contract. If the asset loses value, the buyer must pay the difference in value lost. In essence a CFD is a financial derivative which allows a trader to benefit from both short and long positions. They are commonly used for market speculation dealing with stocks without purchasing shares. They are used worldwide.   Origin of CFDs…