The main bullish case put together for the yen right now is that Japan will see an unprecedented level of repatriation of overseas asset in the wake of the earthquake and tsunami.     Drawing comparisons with what happened after the Kobe quake in 1995 is littered with pitfalls, making the case far less clear-cut than many make out.

Now, as back then, Japan is still the world’s largest creditor nation, holding far more in overseas asset than overseas investors hold in Japan.   It’s this that underpins the notion of substantial yen strengthening.   On the surface, the potential impact of this imbalance is far greater, not only because the eventual costs are likely to exceed those of 1995, but also as that there are substantially more foreign assets now than sixteen years ago (overseas assets having doubled over the period).   Furthermore, over the last twelve months those overseas assets have performed well, much better than domestic asset markets.
This argument can be offset against the fact that the Japanese corporate sector is in much better health than was the case in 1995.   In the mid-’90s, Japanese corporates were perhaps only half-way through the process of balance-sheet repair, following on from the collapse in asset prices of the late 1980s and early ’90s. There was very little in the way of surplus funds available. The contrast with now is stark in as much that corporate Japan is running a surplus (savings over investment). Furthermore, leverage in the form of the debt-to-equity ratio has halved over the same period.   So, in comparison with the mid-’90s, whilst overseas assets are far greater (nominally and as a percentage of GDP) and have performed well, the need for firms to call on them is lower, thanks to the better balance-sheet position.
Alongside this should be factored in the extent to which costs fall on the corporate and public sectors.   The reaction already seen in CAT (Catastrophe) bonds suggest that markets are already adjusting to this reality, as have the Japanese bond and sovereign CDS markets (although the latter should not be over-interpreted for liquidity reasons).   But the fate of the yen will lie in which effect dominates.   A greater burden falling on the public sector risks pushing up public debt to levels where debt sustainability becomes an issue, in the face of a diminishing domestic savings pool.   This would more likely have a downward impact on the yen.
In truth, there are a lot more questions than answers for the yen at this point in time.   But, for those banking on substantial appreciation, the biggest difference vs. the 1990s is the potential for the Bank of Japan to intervene.   Japan’s FX reserves are over seven times the level prevailing back then and the BOJ may find international backing for intervention a little more forthcoming than was the case in September of last year. This probably would not extend to outright co-ordinated intervention to weaken the yen; rather it would be viewed far more favourably than the actions of most other Asian central banks in keeping their currencies ‘competitive’.

Disclaimer: This material is considered as a marketing communication and does not contain and should not be construed as containing investment advice or an investment recommendation, or, an offer of or solicitation for any transactions in financial instruments. Past performance does not guarantee or predict future performance. FxPro does not take into account your personal investment objectives or financial situation and makes no representation, and assumes no liability to the accuracy or completeness of the information provided, nor for any loss arising from any investment based on a recommendation, forecast or other information supplied from any employee of FxPro, third party, or otherwise. This material has not been prepared in accordance with legal requirements promoting the independence of investment research, and it is not subject to any prohibition on dealing ahead of the dissemination of investment research. All expressions of opinion are subject to change without notice. Any opinions made may be personal to the author and may not reflect the opinions of FxPro. This communication must not be reproduced or further distributed without prior permission of FxPro.

Risk Warning: CFDs, which are leveraged products, incur a high level of risk and can result in the loss of all your invested capital. Therefore, CFDs may not be suitable for all investors. You should not risk more than you are prepared to lose. Before deciding to trade, please ensure you understand the risks involved and take into account your level of experience. Seek independent advice if necessary. 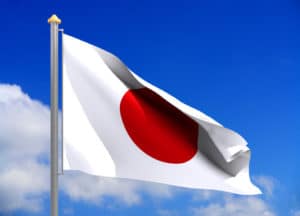 The main bullish case put together for the yen right now is that Japan will see an unprecedented level of repatriation of overseas asset in the wake of the earthquake and tsunami.     Drawing comparisons with what happened after the Kobe quake in 1995 is littered with pitfalls, making the case far less clear-cut than many make out. Guest post by  FxPro Now, as back then, Japan is still the world's largest creditor nation, holding far more in overseas asset than overseas investors hold in Japan.   It's this that underpins the notion of substantial yen strengthening.   On…