Latest
You are at:Home»Opinions»UK wages and unemployment are unlikely to rock the pound

Nigel Farage’s new Brexit party will receive more votes than the Conservatives and Labour combined in the upcoming European elections, according to a weekend poll. The shocking headline sent shivers down politicians’ spines and may result in a breakup of cross-party talks.

Pro-Brexit members of the Conservative Party are ramping up the pressure on UK PM Theresa May to set out a departure date. The “deal is dead” say many in her party. Members of opposition Labour may agree to vote for the accord but only if it is sent back to the public in a confirmatory vote, a growing demand by front-benchers and backbenchers alike.

Around half of the party will not support a “Tory Brexit” nor “provide a lifeline for a government about to go into administration” as some say. Yet if May agrees to a second referendum, she will likely hasten her exit.

All in all, the talks now seem closer than ever to collapsing and this does not bode well for the pound.

However, not all is lost for GBP/USD. On Friday we learned that the economy grew by a robust 0.5% in the first quarter of the year. Despite being based on stockpiling ahead of Brexit, the recovery is still good news. Moreover, the fall in US bond yields following the crisis in trade talks limits any gains for the greenback.

The calendar is light today, leaving the scene to Brexit headlines and to a lesser extent, to trade-related news. 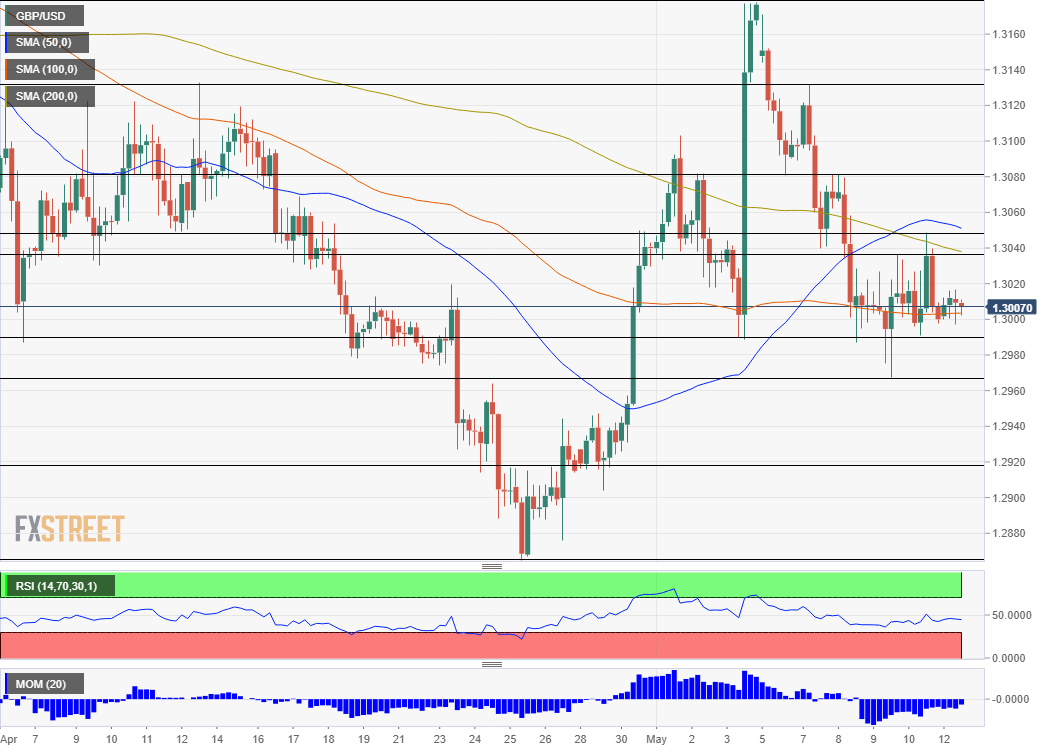 GBP/USD is trading above the 200 Simple Moving Average on the four-hour chart but below the 50 and 100 SMAs. Momentum remains to the downside while the Relative Strength Index is balanced.

Resistance awaits at 1.3035 that was a temporary high last week before GBP/USD hit a high of 1.3050. The next level to watch is 1.3080 which separated ranges earlier in May, and 1.3130 that was a swing higher around the same time.