The US dollar loses some ground, but does not go too far. Does the ADP report have more influence?

Here is how it looks on USD/JPY: 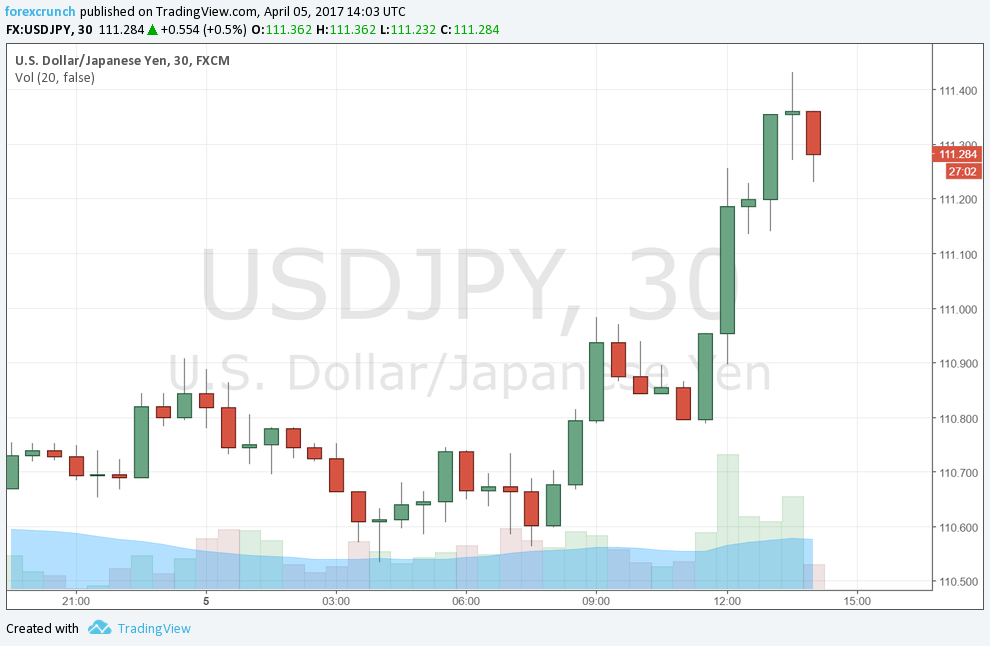 The US forward-looking survey for the services sector by ISM was expected to remain on high ground, slipping from 57.6 to 57 points. The services sector is the vast majority of the US economy. This is the last major hint towards Friday’s official Non-Farm Payrolls report.

The US dollar was trading in a mixed manner, gaining against the Japanese yen, losing to the British pound, slightly beating the euro and the kiwi while slipping marginally against the Aussie and the loonie.

The other big hint towards Friday’s jobs report was upbeat. ADP showed a gain of 263K jobs in March, far better than predicted. This helped the dollar beat the euro.

Earlier, Markit’s final services PMI showed a score of 52.8 points, lower than 53.1 initially published for the month of March. The ISM Manufacturing PMI published earlier in the week showed a slide to 57.2 points. However, the employment component was upbeat.

Get the 5 most predictable currency pairs
Previous ArticleEUR/USD prefers the glass half empty, slips in range
Next Article Technical levels for majors and crosses as Q2 commences