The USD/CAD forecast for the week remains on the upside despite an upbeat Canadian employment report on Friday.

The number of employed in June increased by 230k, with the forecast of growth up to 172k. Since March of this year, the indicator for the first time came out of the negative area and immediately exceeded the forecast values “‹”‹by almost one and a half times. The unemployment rate also showed positive dynamics, dropping to 7.8% (from the previous value of 8.2%). This indicator has been increasing for two months, causing alarm among the representatives of the Bank of Canada. Therefore, today’s decline (albeit a minimal one) is quite important for the Loonie. Another positive point is the increase in the share of the economically active population. After a two-month decline, this figure rose to 65.2% (a multi-year high).

In other words, the published figures seem to be flawless at first glance. First of all, we are talking about the component of the increase in the number of employed. The fact is that this indicator grew only due to the indicator of part-time employment, while the component of full-time employment turned out to be in the negative area (ratio +263,000 / -33,000). This situation is due to the restart of the retail sector. Against the background of strong vaccination rates in different provinces, strict quarantine measures began to gradually weaken, after which the retail sector revived. However, it is worth recalling here that full-time positions involve higher salaries and social security, having a beneficial effect on Canadians’ consumer activity and, ultimately, inflationary growth in the country.

Thus, the current strengthening of the Loonie may be temporary, given the overall fundamental background for the USD/CAD pair. However, the fact is that earlier, the locomotive of the southern movement of the pair before the June Fed meeting was the hawkish spot of the Bank of Canada. Let me prompt you that back in April, the Canadian regulator reduced the volume of the asset purchase program by C$1 billion while revising its forecast regarding the timing of the rate hike. Members of the Central Bank acknowledged that such a decision could be made in the second half of next year. For several months, this uncorrelation about the Fed’s wait-and-see position supported the Loonie.

However, the results of the June meeting of the Federal Reserve have completely redrawn the fundamental picture. The American regulator has tightened its rhetoric and published an updated point forecast, according to which the interest rate will be hiked twice in 2023. As for the prospects for the stimulus program, according to several foreign exchange strategists, the Fed will start phasing it out in November or December, announcing the appropriate steps at the September or October meeting. Against the background of such hawkish sentiments, the Greenback strengthened its positions throughout the market, including in tandem with the Canadian, having strengthened by almost half a thousand points.

In my opinion, the current negative impulse can be used as a reason to open longs. However, at the moment, the pair is declining on emotions, as one of the release’s titles components has shown a strong result. In addition, we must not forget about the Friday factor, which negatively affected Greenback. Traders closed long positions, putting additional pressure on USD/CAD. But in general, the US Dollar retains its advantage, which has strengthened over the past six weeks.

Some key events can potentially bring volatility in the USD/CAD pair.

We have BOC monetary policy report and press conference due on Wednesday.

US PPI data is due on Wednesday, and it can impart a significant change in the pricing of the EUR/USD. We expect a positive release of figures.

– If you are interested to learn more about day trading, then look out for our detailed guide on it-

The USD/CAD closed on the lows below 1.2450 on Friday. The price could not manage to close above the 20-period SMA on the 4-hour chart. However, the price is right now near the support level, while the downside move is not supported by increased volume. Hence, the downside move is considered only as a correction. The initial upside target for the pair lies at 1.2500. Weekly forex signals for the USD/CAD forecast shows a bullish bias. 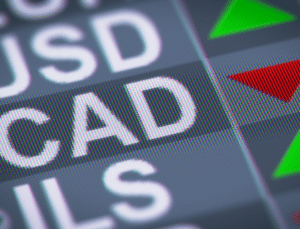 USD/CAD remains bullish despite upbeat Canadian data.   BOC is still on the back foot while Fed is looking hawkish.   BOC monetary report and press conference can impact the trend next week.   The USD/CAD forecast for the week remains on the upside despite an upbeat Canadian employment report on Friday. The number of employed in June increased by 230k, with the forecast of growth up to 172k. Since March of this year, the indicator for the first time came out of the negative area and immediately exceeded the forecast values "‹"‹by almost one and a half times. The…