Latest
You are at:Home»FXStreet News»USD/CHF Price Analysis: Move beyond 0.9200 mark to pave the way for further gains

The USD/CHF pair edged higher for the third consecutive session on Tuesday and climbed to two-week tops, around the 0.9175 region during the early European session.

Given that the pair has now moved back above 50-day SMA, for the first time since late May, the near-term bias might have already shifted in favour of bullish traders. The constructive outlook is further reinforced by the fact that oscillators on the daily chart have just started moving into the positive territory.

That said, bulls might still need to wait for a sustained strength beyond the 0.7200 mark before positioning for any further appreciating move. The pair might then aim to surpass August monthly swing highs resistance near the 0.9140 region and accelerate the momentum further towards reclaiming the 0.7300 mark.

On the flip side, the 0.9140-30 region now seems to protect the immediate downside and is closely followed by support near the 0.9100 mark. Any subsequent fall would still be seen as an opportunity for bullish traders. This, in turn, should help limit the downside near the 0.9080-75 strong horizontal support.

Only a convincing breakthrough the mentioned support levels will negate the positive bias and turn the pair vulnerable to slide back towards challenging the key 0.9000 psychological mark, or multi-year lows touched earlier this September. 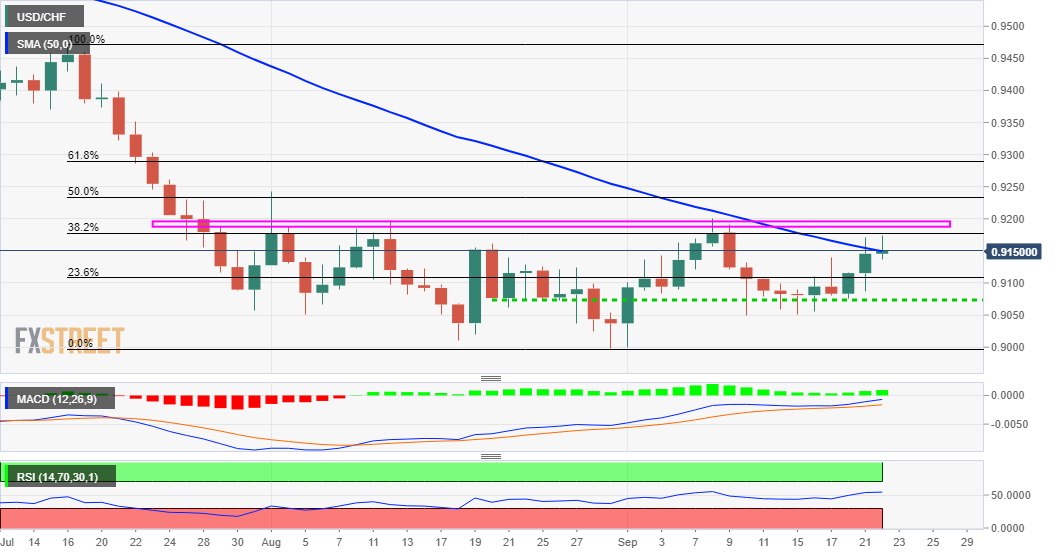 Get the 5 most predictable currency pairs
Previous ArticleEUR/SEK looks flat near the 100-day SMA around 10.40
Next Article AUD/USD erases recovery gains, returns to 0.7200 area