Latest
You are at:Home»Forex News»USD/JPY shoots higher despite Fed caution

Dollar/yen has departed from the 111 handle and is trading at 112.42, breaking resistance at 112.20 which served as resistance.

The background is a day full of central bank activity, with the most important member yet to speak. Markets are not waiting for Fed Chair Janet Yellen, which speaks at 17:00 GMT. The action now does not mean she won’t rock markets.

It is important to note that the dollar does not enjoy the same strength against other currencies, with EUR/USD topping 1.13.

Patrick Harker of the Philadelphia Fed resumed his hawkish stance by saying that he would like to raise rates despite the weakness in inflation. He sees the current weakness as temporary.

However, when asked about wages, Harker seemed less confident. He said that salaries are not what the Fed wanted to see. In addition, Harker revealed that there is a debate within the Fed about a “low inflation world”. This shows signs of worry.

On the other hand, San Francisco Fed President John Williams seemed more cautious. He said he will watch inflation closely given the recent data. He was one of the more optimistic FOMC members.

US consumer confidence came out better than expected, with 118.9 points, according to the Conference Board. This read for June is also better than the one seen in the previous month.

Dollar/yen could face resistance at 113. This is followed by the cycle high of 114.20. It is unlikely that we will see a move before Yellen talks. 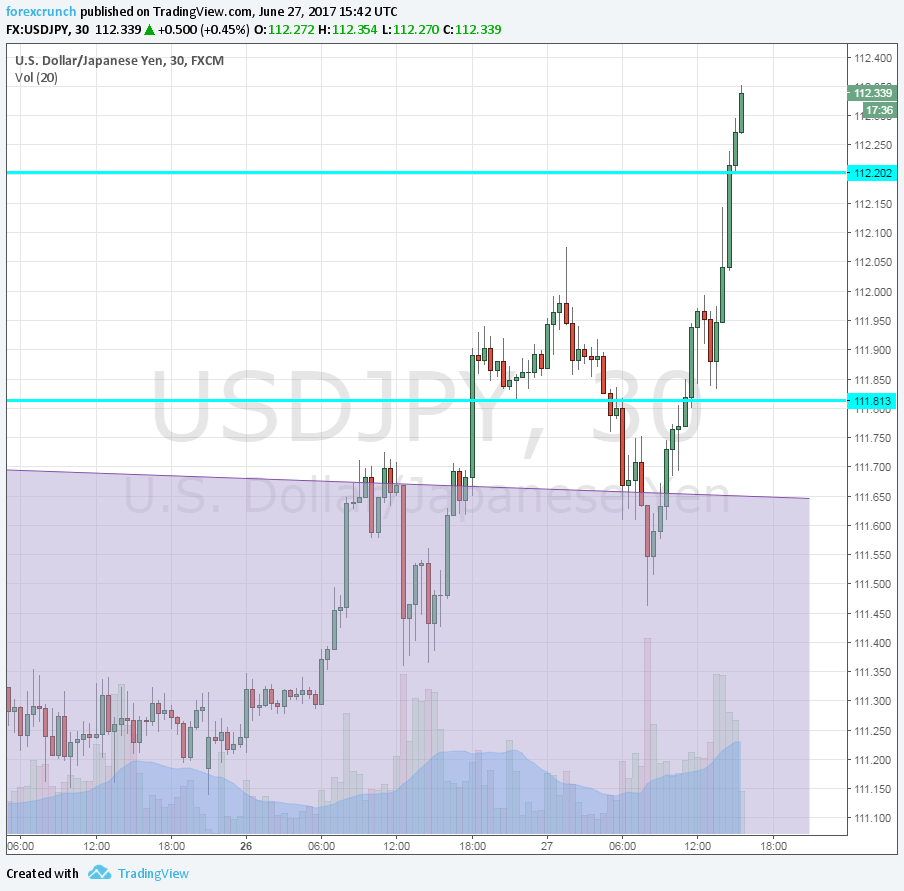 Get the 5 most predictable currency pairs
Previous ArticleJPY: Risk Of Further Weakness N-Term – BTMU
Next Article CAD: Fade Strength On The Crosses; What’s The Trade? –