Home » Weak PMI data from China and the US startles markets

Weak PMI data from China and the US startles markets

With a slew of purchasing manager survey’s from around the globe being released yesterday, the less than inspiring numbers that materialized out of China and the US had equities under pressure right out of the gate, with the S&P finishing the first trading day of the week lower by 0.49%.   Currency markets were relatively calm until the close of the European session, where heavy volume in CME futures contracts on the EURUSD ripped through markets and sent the USD tumbling across the majors.   Whether or not it was a “fat-finger” trade or a big player wanted to increase their EUR exposure suddenly, EURUSD rallied about 50pts at the North American cross, with the Loonie, Aussie, and Sterling all pulled higher in unison; the respective moves were mostly faded throughout the remainder of the North American session, although the USD was the laggard on the day.   There was also chatter that a big bet on a steepening of the US yield curve was unwound as the term structure spread between 5s and 30s broke to lows not seen since 2009, highlighting the implications from the FOMC meeting last week continue to permeate through markets.

Turning to the politics surrounding the ongoing situation with the annexation of Crimea, the G-7 has decided they will not attend the planned G-8 meeting to be held in Sochi later this year, and instead they will hold their own meeting in Brussels.   The suspension of Russia from participating in the Group of Eight, along with the threat of other sanctions, is aimed at trying to deter Russia from taking over other parts of Ukraine.   From the G-7 meeting in The Hague yesterday it is clear the members are willing to ratchet up the sanctions against Russia and impose further costs on their already struggling economy, hoping Russia will change its course and demilitarize the Black Sea peninsula.   Despite the exclusion of Russia from the Group of Eight, the Rouble is higher against the USD this morning, up about 1% to push USDRUB below the 36 handle.

Focusing on Europe and where the bulk of the economic headlines were released overnight, the miss in the Germany Ifo survey on business climate did little to deter optimism in financial markets.   The survey came in at 110.7 on expectations of a 110.0 print, and lower than last month’s 111.3, as respondents worried about the consequences on trade from escalating tensions towards Russia that could prompt harsh economic sanctions.   Trumping the slight miss in business confidence, Bundesbank President Jens Weidmann told the MNI news agency that a QE program for the common-currency bloc was not out of the question, but that the efficacy would still have to be assessed, with the intended effects weighed against the costs and side-effects.   The dovish commentary from Weidmann has prompted the EUR to migrate lower, but still remains above the 1.38 handle against the USD, while the major bourses across the Atlantic are well in the green as investors look to take advantage of yesterday’s dip and increase their exposure to equities.

Also across the Atlantic, the February inflation reading for the UK was released earlier this morning, illustrating that consumer prices slipped further past the Bank of England’s intended 2% target, coming in at a four-year low of 1.7%.   The release was in-line with what economists had expected, but also gives the BoE more leeway in keeping rates at record low levels to support the economy, not having to worry about inflation spiraling out of control and raising rates before the economy is strong enough to absorb the tightening.   Although the British economy has improved remarkably well over the past six months, the majority of the strength has been from a rebound in housing, so Carney wants to make sure that excess slack in other areas of the economy are absorbed before rates need to be increased.   Cable has managed to keep its head above yesterday’s lows in the high-1.64s, finding bids at the strong support just south of the 1.65 handle.   From a technical perspective a break of the 61.8% fib level at 1.6470 would spell trouble for GBPUSD, and open up room for a larger retracement into the 1.63s, but the inability to break through support at that level and continued price action above 1.65 would signal the correction from the low-1.68s has run its course, and the pair is getting set to take another leg higher.   Participants with exposure to the Pound should make sure to speak with their dealing teams, as strategy for how to position against technical forces can play a big part in making sure you are prepared for each scenario, and how things could potentially unfold moving forward.

Heading into the North American open, equity futures are positioned to recoup a decent portion of yesterday’s drawdown.   The commodity-linked currencies are finding a slight bid on positive price action in that space, as front-month WTI edges above $100/barrel and copper strengthens to just beneath the $3 mark, a gain of over 1% on the day.   USDCAD has pivoted around the 1.12 mark for the majority of the overnight session, hitting highs above the handle during Asian trade, but regaining some of those losses as the opening bell is set to be rung in North America.

Looking ahead for the remainder of the session, the two main data points to drive market action during the North American session will be US Consumer Confidence and New Home Sales.   The confidence consumers have around future and economic conditions is expected to move slightly higher in March, getting back to elevated levels just below the 80 figure.   New Home Sales on the other hand are forecast to ebb slightly lower from January, with expectations of a print around the 445k mark on an annualized basis for February.   With both new and pending home sales for February on the docket this week, the health of the housing industry will be important in shaping market expectations for the time frame as to when one can expect short-term rates to begin their raise after the completion of the Fed’s QE.   More robust economic data south of the 49th  parallel would no doubt confirm the market’s expectation that Yellen’s six-month time frame is plausible, while softer data, in-line with the miss in manufacturing PMI seen yesterday, will have market participants questioning whether six months might period may be a little too ambitious.   What is likely, is that the pendulum between USD strength and weakness will be correlated to how the economic data unfolds in the United States, and the danger of a claw back from pent-up that was stifled during the recent months of harsh winter weather could generate demand for the American buck.

US home prices continue rising – but at a slower pace 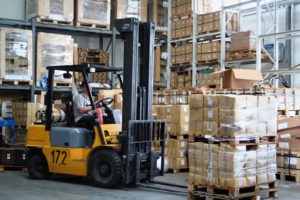 Whipsaw action on mixed US data

With a slew of purchasing manager survey's from around the globe being released yesterday, the less than inspiring numbers that materialized out of China and the US had equities under pressure right out of the gate, with the S&P finishing the first trading day of the week lower by 0.49%.   Currency markets were relatively calm until the close of the European session, where heavy volume in CME futures contracts on the EURUSD ripped through markets and sent the USD tumbling across the majors.   Whether or not it was a "fat-finger" trade or a big player wanted to increase…