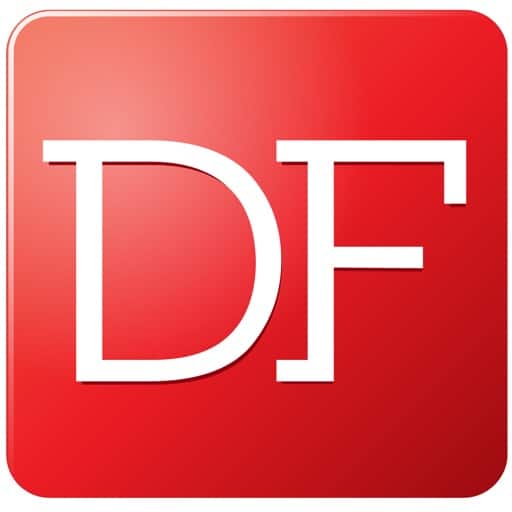 As Microsoft (MSFT) published its financial results for the second quarter ending 30 June, it became clear that the technological giant has felt the effects of declining demand of personal computers. The company’s profit for the period was $0.52 per share, which contrasted sharply with the expected $0.75 per share. Reasonably, after the weak data was revealed, Microsoft’s share prices dived very deep on Friday, falling to $31.35 and reporting a weekly loss of almost 12%.

However, the steep decrease of Microsoft share prices did not stop the Dow and the S&P500 to enjoy another consecutive week of positive performance. The blue-chip index added 0.58% to its value for the past week, while the S&P500 increased by 0.86% to a new all-time high of 1,692 points. The Nasdaq100 failed to keep pace with its counterparts and reported a loss of 0.98%, due to mostly disappointing data from Microsoft (MSFT) and Google (GOOG).

All leading European indices rose during the past week. Quotes were coloured in green, mainly due to the positive financial results of a number of big European companies. At the end of the period, stock indices had a positive change within 1.5%, and the good performance of Banka Popolare di Milano (BP/it) helped the S&P/MIB to rise by 4.49%, reaching 16,121 points.

On the Forex market, trading was far more relaxed compared to the serious movements a week earlier. The most traded pair, EUR/USD, increased by 75 pips and closed at 1.3142 on Friday, while the GBP/USD added 170 pips to 1.5273 points. The AUD/USD also climbed, rising by 129 pips and closing at 0.9189 on Friday.

After Fed’s Ben Bernanke speech before Congress, gold (XAUUSD) appreciated by 0.85% for the week and closed just under its one-month peak (1,301), reaching $1,294 per troy ounce. Bernanke said that the asset-purchase pace will not be constant in the future, which was welcomed by traders. Even after the opening of this week’s session, gold saw another sharp rise, crossing the psychological barrier of $1,300 and trading at $1,320 at the time of writing – a 2% rise in just a few hours.

Bernanke’s speech turned out supportive for US oil futures for September. The price of WTI0913 was $108.35 per barrel on Friday, or an increase by 2.18% on a weekly basis. One curious thing worth noting is that after three years, prices of American and British oil futures have levelled again.

What to expect this week?

As summer is in its peak, it seems the economic events are also ”taking it slower”.

This Monday has little to offer, with most data coming from the US and in particular the Existing Home Sales Change for June.

Tuesday’s highlights will be the UK’s Mortgage Approvals, US Housing Price Index and New Zealand’s Trade Balance, all for June. Centre stage on Wednesday will be taken by Australia’s Consumer Price Index on annual and monthly basis, as well as the Reserve Bank of New Zealand Interest rate decision. Other important events in-between will see the release of Markit Manufacturing and Services PMI for a number of countries, including China, France, Germany and the US as well as the Euro zone. Thursday will offer more action, with the UK’s GDP (YoY & MoM) set for release, as well as US Durable Goods Orders for June, along with the country’s Initial Jobless Claims. Japan will also contribute to the economic scene, with the country due to publish its National Consumer Price Index for July. Friday will close the trading week quietly, as only the University of Michigan Consumer Sentiment Index may cause some volatility.

Outside the economic calendar, another portion of financial results by leading US companies will make us follow the news closely this week. On Monday, the quarterly earnings data will be revealed by McDonalds (MCD) and Netflix (NFLX); Tuesday will see the results by Apple (AAPL) and Altria (MO); on Wednesday come PepsiCo (PEP), Caterpiller (CAT), Ford Motor (F), Visa (V) and Facebook (FB), while Thursday will offer data from Amazon.com (AMZN), Strabucks (SBUX) and General Motors (GM).

DF Markets (Delta Financial Markets Ltd.) is a Forex and CFD broker based in London. The company is regulated by the Financial Services Authority (FSA register number 534027) and the protection of client funds is ensured by the Financial Services Compensation Scheme (FSCS). DF Markets is fully committed to provide individual and institutional investors with high quality financial services through implementation of the best business practices. Visit dfmarkets.co.uk Disclaimer: The Content of these charts and analyses does not constitute any form of advice or recommendation by Delta Financial Markets to buy, sell (or refraining from making) any trade or investment. You may wish to seek independent advice before entering into transactions. Delta Financial Markets shall not be held liable by you or any others for any decision made or action taken by you or others based upon reliance on or use of information or materials obtained or accessed through use of these technical analyses and charts. DF Markets assumes no responsibility for errors, inaccuracies or omissions in these materials, nor shall it be liable for damages arising out of any person's reliance upon the information on this page. DF Markets shall not be liable for any special, indirect, incidental, or consequential damages.

Indices As Microsoft (MSFT) published its financial results for the second quarter ending 30 June, it became clear that the technological giant has felt the effects of declining demand of personal computers. The company's profit for the period was $0.52 per share, which contrasted sharply with the expected $0.75 per share. Reasonably, after the weak data was revealed, Microsoft's share prices dived very deep on Friday, falling to $31.35 and reporting a weekly loss of almost 12%. However, the steep decrease of Microsoft share prices did not stop the Dow and the S&P500 to enjoy another consecutive week of positive…