Last week, the US imposed tariffs on $34 billion worth of Chinese goods, as they had telegraphed well in advance. And as expected as well, China responded by its pledge to retaliate in a tit-for-tat manner. Markets received it quite well in a “buy the rumor, sell the fact” pattern. China was the focus on our  initial Trade War from the Trenches weekly update.

The US response to China’s counter-tariffs is awaited. Also, the new Mexican government is taking shape, and at the moment, the new President decided to maintain the current NAFTA negotiation team. The focus now shifts to Europe.

US  President Donald Trump  travels to Europe for the NATO Summit that is held on July 11th and 12th. He will also visit the UK and meet Russian President Vladimir Putin on July 16th in Helsinki. We begin with Trump’s approach to NATO and continue with other developments in the trade war in Europe.

The US President has a transactional view of world affairs, preferring bilateral deals where everything is on the table, and everything is related. In recent weeks, Trump has been criticizing European countries which have not met their spending obligations to NATO: 2% of GDP.

And as the Summit nears, Trump tied NATO spending and trade grievances in one tweet. Trump implies that if countries do not pay up, he may punish them on trade.

So, trade policy significantly depends on the outcome of the NATO Summit. If Trump is appeased by some efforts by European countries to cough up more money for security, he could soften up on trade. Such a development would be positive for markets, will create higher certainty for business and will trigger a risk-on mood that helps commodity currencies and also the Euro and Pound against the safe-haven Japanese Yen and the  US Dollar.

If the Summit sees another G-7 style clash between the President and his peers, the safe-haven Japanese Yen and US Dollar may gain against all the rest, while markets may suffer. Angry, separate, statements by the US and its allies, as well as angry tweets by Trump could serve as a proof of a failed event.

The US imposed tariffs on steel and aluminum, and retaliatory tariffs followed these by the EU on politically-targeted items, such as Harley Davidson motorbikes. The moves eroded confidence and hurt specific industries but are the small change in the grander scheme of economic ties  across the pond.

The greater grievance is about the EU’s tariffs on cars, which, according to Trump, is unfair to the US. The President threatened to slap duties on tariffs on autos and auto parts on European vehicles.

A surprising move came from German Chancellor Angela Merkel last week. She opened the door to reducing these duties on cars to “all countries,” but it is clear that her aim is at the US. German carmakers do not want any issues with the vast American market.

These words had a minor effect on markets, especially as the US did not respond. As Merkel and Trump meet around the NATO Summit, the topic of cars will undoubtedly be raised. If the American President makes more positive noises on vehicles, it could be positive for markets. If Merkel’s open door is slammed by the US with a repeat of the intentions to slap tariffs, it could have the opposite effect.

There is some speculation that the EU may respond to a major move on cars with a major step on tech. The “tech-lash” that is seen in Europe may turn into tariffs on Google, Facebook, and others. However, we are still far from that.

Prime Minister Li Keqiang visited Berlin on July 9th and met with Merkel. Both sides stressed the need for free trade, something that was a common value for the US and the EU not that long ago. China made its own pledges to open up, similar in tone to Merkel’s move. The timely serves as a warning to the US that it cannot fight trade wars on different fronts at the same time.

Negotiations between China and the EU, economies of roughly the same scale, continue. Any Chinese comments supporting the EU or any intentions to cut trade barriers between the two will not be unnoticed by the US.

In such a case, will Trump back down or double-down? In the past, he has shown a willingness to double-down and strike harder. So, any EU-Sino development could have an impact on relations between the EU and the UK as well. 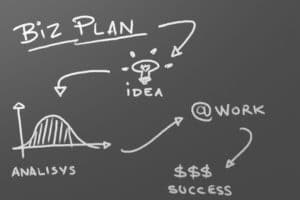 The focus shifts from China to Europe as Trump arrives for the NATO Summit. Markets have swallowed the Chinese news, but car tariffs may be different. Here is everything you need to know in our second weekly tranche of Trade War from the Trenches. Last week - China Last week, the US imposed tariffs on $34 billion worth of Chinese goods, as they had telegraphed well in advance. And as expected as well, China responded by its pledge to retaliate in a tit-for-tat manner. Markets received it quite well in a "buy the rumor, sell the fact" pattern. China was…