Home » 4 Reasons Why the EU Summit(s) Will Fall Short, Again

4 Reasons Why the EU Summit(s) Will Fall Short, Again

There are three main issues on the agenda. All will likely end in a weak compromise. And there’s one thing very absent from the agenda. Its absence alone means no comprehensive solution. Here are the 4 reasons:

The latest reports regarding recapitalizing the banks talk about â‚¬100 billion of aid. This falls short of the common estimation of  â‚¬200 that was expressed by the IMF and by many economists. There is one estimate talking about a  â‚¬372 funding gap. 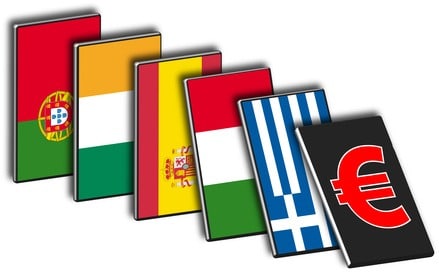 Stress tests that were published in July saw Dexia passing nicely. We know the fate of the Franco-Belgian bank, the first victim of the current crisis. Also now, European policymakers are behaving like ostriches.

In addition, Italy, Spain and Portugal have worries about the costs. Even if the  â‚¬100 sum is agreed upon, this isn’t sufficient.

The July 21 Summit talked about a 21% haircut, which seemed insufficient already back then. It took European leaders time to catch up with reality, which in turn has deteriorated since then. A 42% to 60% haircut is discussed now and it should be voluntary.

In order to make Greece’s debt sustainable, the scissors need to cut deeper, at 60% or even more. Greece is in a debt trap. The banks are whining and want to stick to the 21% deal. But even with the 21% deal, not all bondholders were ready to volunteer. The 90% participation for that deal was never reached.

For a haircut to finally take place, the leaders need to be more assertive towards the bondholders: they need to accept a big haircut or face a hard involuntary default. And needs to happen now.

A big haircut means bigger losses for French banks and larger government aid. This risks a loss of France’s AAA rating and elections are coming up. Their strive for a light haircut will likely force a compromise that won’t help Greece and won’t solve the crisis.

3) EFSF cannot use the ECB

On the other side of the EU leadership, Germany’s stance against using the EFSF bailout fund as a bank that can get money from the ECB isn’t helping either. This is the fast track to leverage the bailout fund

The European Central Bank always had the ability to ease the crisis by buying bonds. In fact, it did it successfully when push came to shove and saved Italy and Spain from losing market access.

It can print money in an American / British style quantitative easing program, lower the yields and also weaken the euro as a side effect. This in turn can help growth.

Unfortunately  this is where Germany drew a line in the sand, either because of an  ideological resistance to mixing monetary and fiscal policy, political objection or fear of the constitutional court.

All the other ways to leverage the EFSF will likely have a limited impact and will not fully ring-fence Italy and Spain – the main goal of the original summit in July. Some more complex leveraging compromise will likely be reached, with weak powers.

Up to now we have discussed the matters that are high on the agenda. A short term and long term solution requires not only cutting the debt side in the GDP-to-debt formula but also providing more GDP: growth which will also bring hope.

The July 21 Summit talked about a Marshall plan for Greece. This is absent now. Other countries will also require Marshall plans. Portugal is close to sinking into the same spiral like Greece. Growth is fading away from Italy and Spain. And also Germany and France are walking in the same path.

One step that can help well before a Marshall Plan is presented, is a rate cut. But here we get back to the ECB, that has “one needle in its compass” – inflation. The ECB, at least during Trichet’s rein, is a big hurdle for growth.

All in all, the summit or summits will likely result in a half-baked, watered-down compromise. This will be celebrated as a great success of diplomacy.

Europe is good in diplomacy, but not in solving problems.

The euro is likely to rise at first, but then meet reality and fall, similar to the events in July, just three months ago.

Update: Partial progress was made on Sunday. The theory presented here, of a watered down compromise, is definitely taking form. 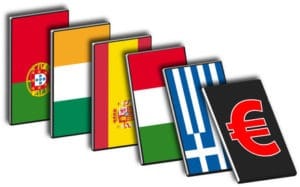 Scrambling continues in the euro-zone towards the October 23 Summit, which will likely be followed by an October 26 Summit. Progress is made towards compromises, which will likely be celebrated but will share the same fate of the July 21 Summit.   There are three main issues on the agenda. All will likely end in a weak compromise. And there's one thing very absent from the agenda. Its absence alone means no comprehensive solution. Here are the 4 reasons: 1) Bank Recapitalization Falls Short The latest reports regarding recapitalizing the banks talk about â‚¬100 billion of aid. This falls short…