In an interview with Mauricio Carrillo at FXStreet we talked about the upcoming BOE decision, the next moves for the euro, the leap in USD/JPY and also the fate of the Fed:

What do you expect the BoE will announce to adjust the Post-Brexit scenario?

The BOE is likely to act in July and also in August to support the economy. Initial signs already point to a fall in orders and general anxiety. Carney and co. will try to make the recession less painful. The BoE has not changed interest rates since 2009 and a cut by 0.25% to 0.25% is expected. However, this is an extraordinary timing for a rate decision and nothing is fully priced in with some expecting no action now while others see a 50bp slash. Also an expansion of QE by 50 billion pounds is a possibility. I expect Carney to cut rates by 0.25% and more importantly open the door for a more comprehensive stimulus package in August.

What do you think will be the next scenario in the Brexit drama? A new referendum, or the Article 50?

The next move in the Brexit drama will likely be triggering Article 50 and the beginning of negotiations. Even if Theresa May enters 10 Downing Street, she will have to abandon her support for Remain and side with the will of the public. Voters could severely punish a government which would ignore the clear outcome of the referendum.

What I do see is a negotiation process that basically leaves the current situation intact: the same trade and the same free movement of people, just without the UK officially being part of the EU. When the economic reality of Breixt begins biting, the public could warm up to allowing free movement of people. In any case, the leading Brexit figures, Nigel Farage and Boris Johnson have now escaped the scene. Their promises for great trade deals and full control of immigration were never realistic.

What’s your EURUSD outlook for the mid-term?

EUR/USD has room to the downside, but the scope is limited. Brexit, uncertainty about banks and some political uncertainty all weigh on the common currency. A recession cannot be ruled out. On the other hand, the euro-zone still enjoys a trade surplus and we could see the euro return to its role as a safe haven currency, somewhat similar to what we have seen in mid-2015. All in all, we could see a slide towards 1.07 and perhaps in an extreme scenario we could see a temporary move to 1.05 but EUR/USD parity is not a likely scenario in my opinion.

Do you expect more action from the BoJ to stop the JPY bulls?

We are already seeing USD/JPY rise on prospects of fiscal stimulus coming in the wake of Abe’s big election victory. This will likely be accompanied by monetary stimulus. The Japanese authorities are unhappy with the strength of the yen against not only the greenback but also the Chinese yuan, the euro and the pound. With Japan accelerating its money printing and with potential helicopter money, the country could get more than it wishes for: outright inflation. However, I suspect that the bigger moves will come after the elections in the US in November. Japan is often criticized by the US for unilateral currency interventions. My forecast is for baby steps in fiscal and monetary stimulus into November and a bigger move afterwards.

When will be the next interest rate hike for the Fed?

The Fed is in no rush to raise rates. The global economy was not firing on all engines and the US economy did slow down in Q4 2015 and Q1 2016. Brexit may have been the tipping point that begins a bigger global slowdown and this could keep the Fed from raising rates for at least another year.

In the optimistic scenario, June’s job report marks the end of the labor market slowdown and the US economy improves. In addition, the new UK government works closely with the EU to manage a smooth exit, China keeps growing at an adequate pace and Clinton, the continuation candidate, wins the White House. Under these circumstances, a rate hike in December is possible. However, in the more likely scenario of worsening economic conditions worldwide, it is hard to see a rate hike until the second half of 2017. 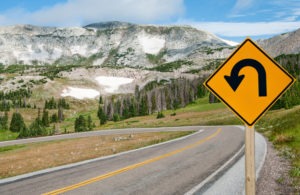 In an interview with Mauricio Carrillo at FXStreet we talked about the upcoming BOE decision, the next moves for the euro, the leap in USD/JPY and also the fate of the Fed: Originally published  on FXStreet and republished here: What do you expect the BoE will announce to adjust the Post-Brexit scenario? The BOE is likely to act in July and also in August to support the economy. Initial signs already point to a fall in orders and general anxiety. Carney and co. will try to make the recession less painful. The BoE has not changed interest rates since 2009…