Investor optimism remain subdued during the overnight session, with a lack of economic data giving traders little impetus to move markets in any one direction.   The Bank of Japan minutes from the October 31st  meeting failed to maintain the momentum of yen weakness, with markets reacting to the release in a fashion that would suggest further pessimism in regards to their inflation target had been hoped for.   Some board members saw price risks as tilted to the downside, and one member raised concern a significant contribution to the price developments had been from energy-related items and thus it couldn’t be judged the economy was necessarily on the right path to achieving the BoJ’s goal of 2% inflation; however, the apprehension from the aforementioned board members was unsuccessful at driving the Nikkei higher, as the regional index closed down by 0.67% with the USDJPY pair slipping back towards the mid-101s.

Over in Europe equity markets are displaying the same indecision from investors midway through their trading day, with the major indices mixed on a day devoid of teir-1 economic data.   Comments from the ECB‘s Coeure on negative rates were not sufficient in driving the EUR lower overnight, with the board member failing to provide the market with anything other than reiterating negative rates had been discussed and were one of several policy tools available.   The USD weakness on the back of USDJPY trading into negative territory has helped the EUR push higher this morning, and while off its earlier highs during European trade, EURUSD is pivoting in the mid-1.35s ahead of the North American cross and housing data from the US.

As we get set for the North American open, data on the US housing industry hit the wires earlier this morning.   After a worse than expected Pending Home Sales release from yesterday which saw the number of homes under contract to be sold slid 0.6% from September the October, Building Permits climbed by 6.2% in the month of October, rising to a seasonally adjusted amount of 1.03M, higher than the 0.93M estimated by analysts going into the release.  While the headline number was a surprise to the upside and a welcome development from yesterday’s dreary pending sales data, the majority of the increase in permits came from buildings with five or more units, signalling the bulk of demand is coming from rental and income properties, not single-family homes.   Permits for single family homes which telegraph the strength of the average American consumer (not hedge funds and investment managers) increased by less than 1% compared to the prior month, removing some of the shine from the headline beat.

Although not as large of a driver as the labour market, the housing industry is also a major influence into the Fed’s decision making on the timing of scaling back its asset purchases, with the minutes from the last FOMC meeting referencing a softening of the housing market as a somewhat of a negative development.   While a sluggish housing market may not be enough to stave off a trimming of the Fed’s balance sheet if the labour market sees a material pick-up, it may influence the structure of the impending taper, and the breakdown of what asset class the Fed decides to forego when looking to inject liquidity into the economy.   The inability of the housing in the US to continue its positive trajectory could entice the FOMC to leave the rate of MBS purchases unchanged should they decide to slow down their balance sheet expansion, and instead choose to scale back their treasury intake.

Equity futures in North America are pivoting close to unchanged as we get set for the opening bell, taking little solace from the upside surprise we just saw in Building Permits.   Front-month WTI is managing a slight comeback from yesterday’s drubbing on the back of the proposed Iranian nuclear deal, with the light-sweet crude trading hands at $94.30/barrel.   The Loonie is trying to recoup its losses from yesterday, with strength in the Canadian unit underpinned by the recovery in energy, modestly positive equity performance, and a slight increase in yield spreads between Canada and the US.   The big test for USDCAD weakness will be the 1.05 handle and corresponding Tenkan line, where corporate bids and demand for USD will act as a resistant headwind for the pair to journey below the psychological level.

Looking ahead to the rest of the session, Consumer Confidence numbers for November are set to be released at  10:00am EST.   The median analyst forecast is to see consumers slightly more confident in November, with the index increasing from the 71.2 registered in October to 72.6.   A continuation of the steady downward trend in consumer confidence seen over the last few months would not bode well for those hoping to see the Fed taper at their next meeting in December, as a nervous consumer is unlikely to inspire sureness within the Fed that the economy is firing on all cylinders and on stable ground.

No stopping for the US housing market – time to taper bond buys?

Forex Crunch is a proud FXstreet contributor; Join a webinar 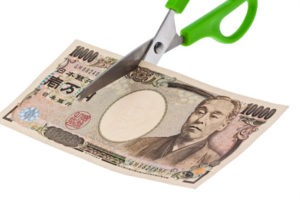 USD/JPY: Another Correction Within the Uptrend, Focusing On 101.00

Investor optimism remain subdued during the overnight session, with a lack of economic data giving traders little impetus to move markets in any one direction.   The Bank of Japan minutes from the October 31st  meeting failed to maintain the momentum of yen weakness, with markets reacting to the release in a fashion that would suggest further pessimism in regards to their inflation target had been hoped for.   Some board members saw price risks as tilted to the downside, and one member raised concern a significant contribution to the price developments had been from energy-related items and thus it…