Home » ECB Taper time, but of what type? 3 scenarios

ECB Taper time, but of what type? 3 scenarios

The European Central Bank is set to announce a reduction in its bond-buying scheme which currently stands at 60â‚¬ billion / month through 2017. The big question is: to how much and for how long?

Speculation is rife and tension is building towards the event that should unleash some volatility in the sleepy euro. Here is a preview with three scenarios.

Recently, reports have circulated that they intend to cut it to between 25 to 40 billion euros, with this extension running through September 2018. All in all, the middle of the road assumption is for halving the volume to 30 billion. also for 9 months, but without specifying if the ECB will continue buying bonds beyond that extension.

By making a significant cut, 50% but leaving the door open for extending it through 2018 and perhaps into 2019, Draghi and co. could strike a balance that everybody’s interests.

The German Bundesbank is quite hawkish and would prefer a big drop in the volume. They will get the headline cut. Draghi, which is more dovish, would prefer to keep the euro lower for longer, and he would get his way with continuing with an open-ended program.

Such a move would is probably a necessity in any case: some reports suggest that reaching a balance sheet of 2.5 trillion euros is the upper limit. The ECB’s total is set to reach 2.28 trillion by the end of this year. The limit on the balance sheet stems from the self-imposed limits the ECB had set. It buys bonds according to each country’s GDP. It cannot buy more bonds that are cheaper such Portuguese bonds and buy fewer German bonds which are expensive. And, there are no euro-bonds to buy.

The ECB could go for a more aggressive cut to 20 or 25 billion euros. Such a move would be an acknowledgment of the limits of its scope for buying bonds and would certainly please the Germans. This will likely send the euro higher and herein lies the problem for Draghi.

Back in September, he complained about the exchange rate quite a bit. Since then, EUR/USD is some 200 pips lower. Is this enough? Probably not. Draghi would prefer the exchange rate to continue falling from its current stubborn levels.

A big cut in the program, even if left open-ended, can send euro/dollar back above 1.20 or even 1.21. The probability is low.

In many past occasions, the president of the Frankfurt-based institution took the dovish side. There are good reasons to be dovish: inflation remains low, political issues across the continent (Catalonia being the most urgent one) and the exchange rate of course.

So, the ECB may opt for cutting the program just to 40 billion euros per month and perhaps not even setting a time limit. This could raise questions about the ECB’s options regarding eligible bonds, but would at least serve to knock the common currency lower.

In this scenario, a drop to the 1.16 could be envisaged in the short-term and perhaps the pair would extend its falls even further.

As always, hints about future moves will also have an impact, especially via Draghi’s views on inflation. However, this may be left to when he has new forecasts before his eyes. He will almost certainly complain about the exchange rate once again, but the focus this time is on his actions rather than his words, as a decision on tapering is on the cards.

In the press conference, Draghi will likely receive political questions from the elections in Germany, uncertainty in Italian politics (his home country) and the Catalan crisis. Thursday is a busy day for that crisis, with sessions in the Catalan parliament (a potential declaration of independence) and also in the Spanish Senate (a first hearing on suspending the Catalan autonomy).

This is a key event for EUR/USD and it can go in any direction, especially as price action has been muted. This event could trigger high volatility. But to which direction?

Where do you think the euro will be after Draghi? 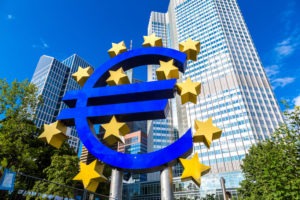 The European Central Bank is set to announce a reduction in its bond-buying scheme which currently stands at 60â‚¬ billion / month through 2017. The big question is: to how much and for how long? Speculation is rife and tension is building towards the event that should unleash some volatility in the sleepy euro. Here is a preview with three scenarios. Update: ECB halves bond buys to 30 billion through September 2018 - EUR/USD slides 1- The mainstream scenario: 30â‚¬ billion for 9 months Recently, reports have circulated that they intend to cut it to between 25 to 40 billion…

Saqib Iqbal5 years
Scroll Up
We use cookies to ensure that we give you the best experience on our website. If you continue to use this site we will assume that you are happy with it.Ok