Latest
You are at:Home»Weekly Forex Forecasts»EUR/USD Forecast»EUR/USD Forecast October 7-11 – German Inflation, Manufacturing Data Could Weigh on Euro
German and eurozone final for manufacturing PMIs both came in below the 50-level, pointing to contraction. The German release was especially worrisome, falling to just 41.7, pointing to sharp contraction. Eurozone CPI dipped to 0.9%, as inflation levels remain well below the ECB target of approximately 2%. German and eurozone releases came in at 51.4 and 51.6, respectively, pointing to stagnation in the services sector.
U.S. numbers continue to point to a slowdown in the economy. The ISM Manufacturing PMI for September pointed to contraction for a second straight month. The Services PMI pointed to expansion, but slipped to 52.6, its lowest reading since August 2016. Employment data also disappointed. Nonfarm payrolls came in at 136 thousand, shy of the forecast of 145 thousand. Wage growth fell to 0.0%, down from 0.4% a month earlier. The unemployment rate fell to 3.5%, its lowest rate since 1969. 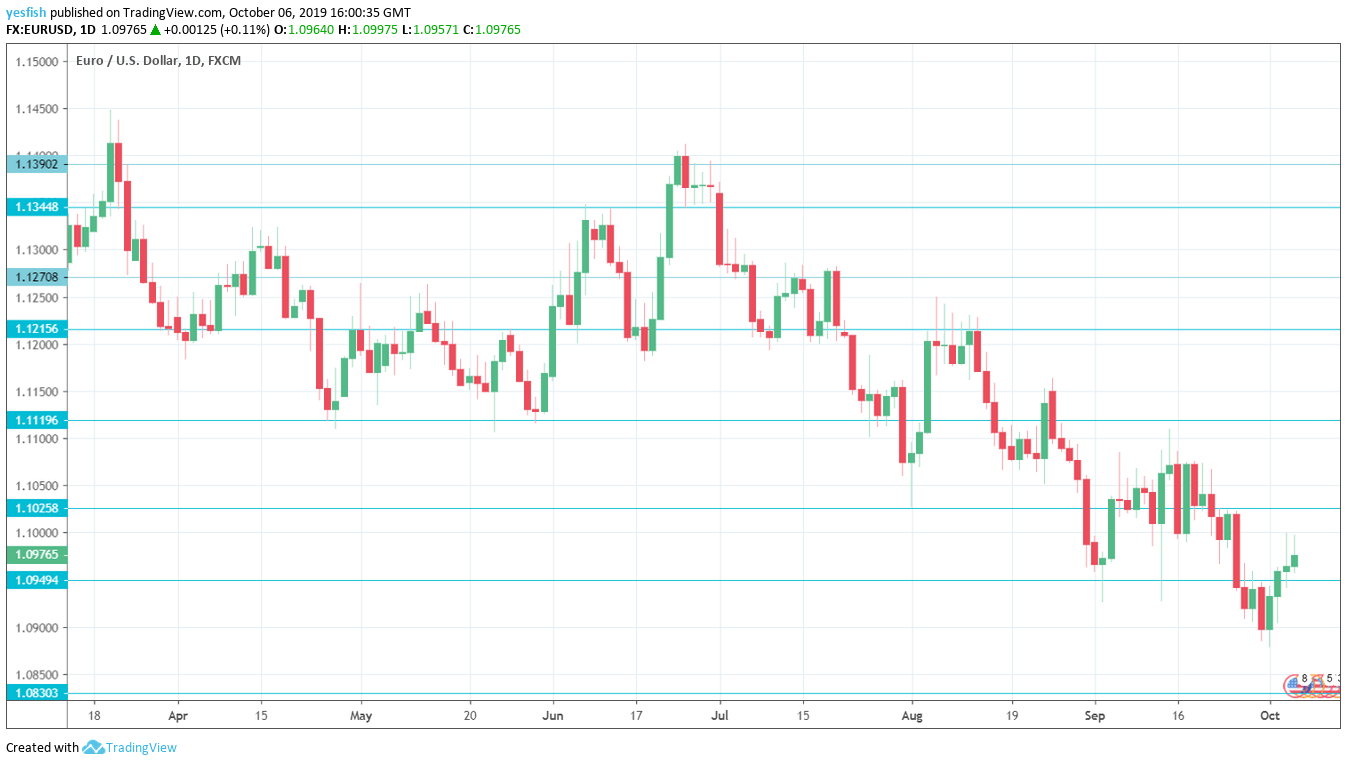 1.1290 has held in resistance since the first week of July.

The eurozone continues to struggle and the euro remains below 1.10, as sentiment towards the euro remains weak. Soft global conditions have hampered the manufacturing sector in Germany and the rest of the bloc.

Get the 5 most predictable currency pairs
Previous ArticleEUR/USD: Trend Support From 2018 Has Been Broken; Staying Bearish For 1.0815 – Credit Suisse
Next Article Michel Barnier: blame Boris Johnson for a no-deal Brexit – The Guardian