Home » EUR/USD To Dip N/T; Buy The Dip For A Continued

EUR/USD To Dip N/T; Buy The Dip For A Continued

EUR/USD is on a roll following the Fed meeting. This may be the right direction, but not instantly.

Arguments for a 1-3M dip in EUR/USD… A key argument for a EUR/USD dip near term is the potential for a temporary revival of relative rates, not least due to the fact that positioning is much closer to neutral.  Also, a cyclical situation set to evolve in favour of the US in coming months and the risk of a ‘Brexit’ also suggests to us that the cross could be vulnerable on a 3M horizon. Return of relative rates as an FX-market driver At the start of the year we argued that despite the Fed having initiated a hiking cycle, we saw limited potential for tighter US monetary policy to send EUR/USD lower due to very stretched short EUR/USD positioning; the reasoning being that when investors are already positioned in one direction, the arguments (e.g. moves in relative rates) to add to this position most be increasingly strong

While EUR/USD has indeed edged higher since the New Year, we are now in a situation where positioning is much closer to neutral for the cross overall.  At the same time, the pair has, in our view, gone a little too far considering recent moves in not least relative rates, both judged against moves in a 2Y swap and 10Y government-bond spread perspective.

In addition, our rate strategists look for US short-end yields to move higher ahead of September, when we expect the next Fed hike to be delivered. Currently, the market is pricing a mere 60% probability of this and thus we expect to see US money-market rates edge higher in coming months as it becomes clear that the Fed is ready to continue its tightening cycle. That said, a move in relative rates should come primarily from the US leg as we look for EU rates to evolve broadly in line with market pricing near term: notably we see limited potential for more downside to the short end of the EUR curve as almost another 10bp cut from the ECB is priced by January 2017, which seems fair given that we think the ECB will stay away from the quick fix of using the rate/currency channel aggressively to foster inflation and prefer QE for now

On the whole, we thus see EUR/USD giving in on the downside to impulses from relative rates moving in favour of USD on a 1-3M horizon as positioning leaves room for this factor to play a role again for a while.  Cyclical situation favouring US in 3M US data surprises have turned negative lately while the opposite has been the case for the euro area, but our quantitative cyclical model, MacroScope, suggests that the US cycle will improve on a 3-6M horizon, whereas the opposite could be the case for the euro area. This should make the Fed more confident in continuing the hiking cycle and thereby strengthen the case for USD tailwinds in the short term.

On a 6-12M horizon, the macro picture is set to be less USD-supportive as a significant pick-up in euro-zone inflation looms.

Brexit risk to weigh on EUR/USD…While Brexit fears have eased a little recently judging from the move higher in GBP crosses and in the pricing of GBP puts, this is a theme that will likely come to the fore repeatedly in the coming months and affect the single currency as well, depending on how opinion polls evolve. In the event of a Brexit (not our base case though) EUR crosses will likely be dragged down short term by the political and economic uncertainty this would generate and by the chances that the ECB would most certainly need to ease in this case. We see EUR/USD below 1.10 in this case. However, we stress that the ECB would  likely use QE rather than rates also in this instance, which should dampen the EUR-negative impact of a possible ‘Brexit’.

In any case, ‘Brexit’ fears essentially serve to reinforce the case for EUR/USD downside ahead of the 23 June referendum no matter the eventual outcome.  Be careful arguing from oil and risk at present We note that our Short-Term Financial Model (STFM) for EUR/USD suggests that a good deal of the move higher in the cross in recent months has been warranted with a current estimate of 1.12 as ‘fair’. This hints at some but still rather limited downside potential. However, as both the impact of oil prices and risk sentiment, which are key drivers in our STFM framework, are highly unstable drivers of the cross at the moment, we remain somewhat cautious in using the model as a firm indicator for direction in the present situation. Notably, higher oil prices are not necessarily EUR/USD-positive as has been the case in the past, and as the EUR has in recent years occasionally exhibited.

These factors taken together thus imply that we see the potential for a temporary revival of notably relative rates to send EUR/USD lower, providing clients looking to scale into a long EUR/USD position with a likely window of opportunity to enter this on a 3M horizon.

Thus, in our view, the direction for EUR/USD is still higher following a short-lived come-back of relative interest rates dragging in the other direction, and clients with 6M and beyond perspective should continue to look to buy the cross on dips.

FX Strategy: We still project EUR/USD at 1.18 in 12M but stress the risk of a dip towards and possibly below 1.12 in 1-3M. We thus recommend clients to use any near-term sell-off in the cross to position for a continued rebound in H2. 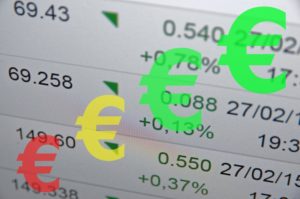 EUR/USD: What Can Break The Range? Where To Target? –

EUR/USD is on a roll following the Fed meeting. This may be the right direction, but not instantly. Here is their view, courtesy of eFXnews: Arguments for a 1-3M dip in EUR/USD... A key argument for a EUR/USD dip near term is the potential for a temporary revival of relative rates, not least due to the fact that positioning is much closer to neutral.  Also, a cyclical situation set to evolve in favour of the US in coming months and the risk of a 'Brexit' also suggests to us that the cross could be vulnerable on a 3M horizon. Return…