EUR/USD has edged higher on Tuesday, as the pair trades in the mid-1.36 level in the European session. There are no Eurozone releases today, but there are two major releases out of the US. Incoming Federal Reserve Chair Janet Yellen will testify about the Fed’s Semiannual Monetary Policy Report before the House Financial Services Committee. As well, JOLTS Job Openings will be released later in the day. 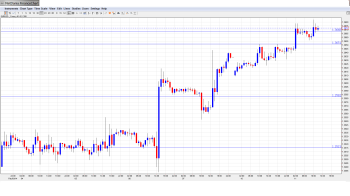