Latest
You are at:Home»Category: "EUR/USD Daily"

The EUR/USD outlook on Thursday, July 22, continued to move very sluggishly until the moment when the results of the ECB meeting began to be announced.

During the summing up of the meeting and their announcement, the pair began to jump from side to side and eventually began an upward movement. We will consider the results of the ECB meeting a little below, but for now, we want to say that there was a very little hawkish tone in the ECB’s rhetoric.

–Are you interested to learn more about forex options trading? Check our detailed guide-

Nevertheless, the European currency, following the British Pound, began to rise. We had reiterated a similar scenario in previous stories. We drew traders’ attention to the fact that the Euro has been very reluctant to fall lately. On the contrary, it practically crawled down, suggesting that the markets are not eager to invest in the Dollar and sell off the Euro. Thus, we believed that the markets were just waiting for the right moment to start a new wave of buying. In principle, this is exactly what happened yesterday. The rhetoric of the ECB and Christine Lagarde again did not contain any “hawkish notes”.

Nevertheless, the European currency rose after the meeting and only after a while began to fall again. We would like to draw your attention to the fact that the EUR/USD pair reached the level of 1.1700, which we called the target within the framework of the new global round of the corrective movement.

We expected that both the Euro and the Pound would resume their upward movement shortly. At the moment, it is too early to draw final conclusions, but the beginning of new trends for the Euro and the Pound can be laid. Even if the Euro is still slightly lower in the coming days. We also remind you that the fundamental global factor in injecting trillions of Dollars into the American economy under the QE program has not gone anywhere. This means that the money supply in the country, like inflation, continues to increase. Therefore, it is very difficult for the American currency to rise at this time.

Now let’s consider the results of the ECB meeting. First, the European Central Bank very predictably left the key rate unchanged and did not make any adjustments to the volume of the PEPP program.

The only thing that the ECB said is that the pace of asset purchases under the PEPP program will remain “much higher than at the beginning of the year.” Agree, this is a bearish factor for the European currency. Also, the ECB’s Monetary Committee said that key rates will remain at current levels or lower until inflation stays stable at 2%.

–Are you interested to learn about forex robots? Check our detailed guide-

Technically, the pair remains bearish under the 1.1800 mark. We saw a sudden jump yesterday that surpassed the 20 and 50-period SMAs on the 4-hour chart. However, the price returned back below both Mas. The volume of the down bar was very high. Right now, the volume is declining. It shows that bears are trying to gain further strength. We can expect a play of range between 1.1750 to 1.1800. We need a clear breakout of the range to find directional bias.

Get the 5 most predictable currency pairs 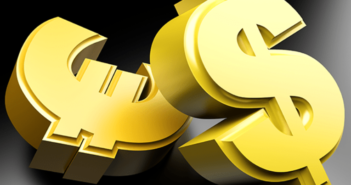 EUR/USD gained after ECB meeting but couldn’t sustain. ECB was not hawkish, but US inflation…

The EUR/USD price jumped as high as 1.1830 today, where it has found strong resistance.…

EUR/USD price is struggling to post gains. The fundamental outlook is not quite bearish. The…

EUR/USD is maintaining a bearish trend so far.  Further US data can provide some volatility…

EUR/USD Analysis: Pair Running Out of Steam under 1.18, Risk Sours

The US dollar is rising vs a broad basket of currencies. Cases are rising on…

EUR/USD maintains a downtrend below 1.1850. Upbeat data from the US keeps Euro under pressure.…

The EUR/USD analysis seems undecided in the short term. The traders are waiting for the…

EUR/USD unexpectedly rose on Wednesday. Powell left a hint of monetary policy tightening in his…

EUR/USD forecast comes with an upside bias. The pair has rebounded as the Dollar Index…

EUR/USD remains on the backfoot after upbeat US CPI. ECB shows flexibility on inflation targets…