September 17th is right around the corner and tension in markets is rising.  Will the Fed raise rates or not?  It is a very hard decision for the world’s No. 1 central bank. And it’s not the only factor, as this decision is accompanied by a press conference and updated Fed forecasts.

Here is everything you need to know: some background with 5 Fed dilemmas and 4 scenarios for the big event, including  the accompanying reactions for currency markets.

In its latest meeting in July, the FOMC left its policy unchanged as expected and left all the options open. While  they repeated the stance that  the moment to raise rates is getting closer, there was certainly no hint of action in September.  The phrase “data dependent” remains key once again.

Since then, we have certainly received more data and it has been confusing. For example: the recent Non-Farm Payrolls report missed on the headline but saw nice revisions and a small improvement in wages.   In addition, we had global developments that also complicate the situation.

The Federal Reserve has two mandates: full employment and price stability. Employment is looking good, while inflation is not going anywhere fast.

The unemployment rate stands at 5.1% according to the latest Non-Farm Payrolls report. Not so long ago, the Fed  committed to not raising rates  at least until the rate drops below 6.5%.  So, according to this measure and to historic comparisons, they should have raised it long ago.

Also other measures looks good: JOLTs , which is eyed by the Fed, is at an all time high. Job gains are at 200K+ per month in most months and the  numbers are steady. They are also  positive and steady when looking at jobless claims.

But, employment is low also due to  more involuntary part time jobs and many discouraged people who aren’t counted. The “real unemployment rate”, U-6, stands at 10.3%. This is lower than in the past but not that good to say the least.

Inflation is quite subdued as the Fed says: headline CPI is flirting with 0% y/y, but that’s mostly due to oil prices. Core inflation, which excludes volatile items, is at a steady 1.8%, close to the Fed’s aspiration of 2%. However, the Core PCE Price Index, which is eyed by the Fed, is only at 1.2% y/y which is quite poor.

But also here we can take a different angle: inflation is lagging. First comes GDP growth, then jobs and eventually inflation picks up.  In theory, the Fed should not wait to see the white in inflation’s eyes before hiking, but rather anticipate it, stay ahead of the curve and raise rates before it gets out of control.

Bottom line: In this dilemma, the tendency is to hike as inflation will eventually come.

2. US Strength vs. International Weakness

The US economy is doing well, and not only job-wise: GDP growth stood on 3.7% in Q2 according to the revised numbers, and in general it is very steady y/y throughout the recovery. Other indicators such as housing are also making nice progress. Not all is rosy (falling consumer confidence for example), but the economy is on a solid growth path.

This isn’t the case in  many other areas of the world.

The most recent woes come from China: the ongoing and  partially managed slowdown seems to be getting a bit out of hand:  the fall of the stock market, despite being in extremely bubbly conditions,  sent the  initial shivers. Then came the devaluation of the yuan which already triggered widespread  turbulence in markets.

The euro-zone continues recovering, but this is painfully slow and still very fragile. With more than double the  unemployment rate, a weaker currency and the never-ending Greek crisis, Europe  is not a plus for the US economy.

China is the world’s second largest economy and a consumer of commodities. Falling commodity prices also hit the Brazil, Russia, South Africa, Chile and other emerging markets. And also developed economies such as Australia and Canada suffer.  The latter, America’s neighbor, is an exporter of oil.  Falling oil prices leave more money in Americans’ pockets, but also hurt the shale oil industry.

So, is it a good time to hike because the US economy is heating? Or a bad time because global growth is dismal?

Bottom line: the Chinese crisis certainly complicates the situation and the verdict is to wait and not hike.

3. Impact of stronger US dollar

Another complexity comes from the the value of the US dollar:  the stronger US dollar weighs on exports and depresses imported inflation. So, this strength, already worked as tightening,  actually doing the job for the Fed. Another strengthening coming from a rate hike, could choke the  recovery and be very premature and damaging.

Yet on the other hand, the US economy is relatively closed and the  impact is not as strong as in other areas. The US economy can withstand a stronger currency and  let others enjoy stronger export growth. This will eventually bear fruit for the US economy. And, the additional strengthening resulting from a hike would make further hikes unnecessary.

Janet Yellen and her colleagues have prepared markets for a rate hike for ages. This is not the 2013 taper tantrum, when Bernanke mentioned a possibility of reducing bond buys.

The Fed ended QE back in October 2014. Since then, it has  initially urged patience regarding rates, then said in March that a hike is not coming  in April and only became independent of commitments in June. In that June meeting and the subsequent July one, they refrained from acting, but  kept preparing markets for a  move.

On the other hand, they care about financial stability and wouldn’t want to act in the wrong moment and hurt stock markets. Yet this would  trigger criticism, somewhat justified, that the Fed is working for Wall Street, that it provides the “Fed Put”, defending stocks from sell-offs.

If the Fed waits for calmer markets, it could send a signal for markets to d the same again once a hike comes close. The Fed would be effectively bullied by markets.

On the other hand, hiking just because all the preparations were made means the Fed falls victim to its own communications, or Too Much Information if you wish. So, instead of looking at the  global slowdown and do the “right thing”, it would hike just because of the preparations, this would  very wrong.

5. What are the expectations?

The key for reaction on any news is  expectations, and they aren’t 100% to either direction. Looking at what’s priced into bond markets, the answer is 75% against a hike now, at the time of writing with a rate hike only implied for December.

But if you ask economists,  as major publications have done, the answer is that they will hike, but the majority here is slimmer, under 60%.

At this point, it seems  that a rate hike will be a bigger surprise than a “no hike”, but with a light tendency.

This means that the reaction will likely be stronger on a hike than on a no change, but we can certainly expect lots of action.

The Fed has already reiterated that the path of rate hikes will be gradual and has  made  a huge effort to  prepare markets. They will go ahead with the historic move, but manage expectations: this includes a repeat that they will be “data dependent” and hints that the next moves will wait until the results are in and perhaps this will include a hint that this is the last move for the year. These prospects could also be reflected in the “dot plot”.

Probability: high. A balanced approach and getting the first hike out of the way, reducing uncertainty.

Market reaction:  initially a stronger dollar  across the board as this is not fully priced in. Soothing words from Yellen could “taper” the move and the consequent reaction in the  Tokyo and London sessions could  see a re-strengthening of the dollar, but without any panic.

A hike is dollar positive but  a promise to wait before further moves will certainly  “sweeten” the situation and help stock markets rise.

2. No hike, but hawkish talk

The Fed could lean to its dovish side, allowing for a bit more time towards a hike, but accelerate its preparations. This will ease some pressure now after the Chinese crisis,  and extend the preparation. Yellen could repeat  her promise that any meeting is a live meeting, opening the door for a  move in October and also express confidence in the US economy.

Probability: Medium-high.   A different version of the balanced  approach.

Market reaction: The dollar will likely be sold off at first, but Yellen’s words could fully  reverse its course,  balancing the first reaction with a subsequent dollar rally in the Tokyo and London sessions.

This is a different version of a balanced approach.

3. No hike, no prospects for a hike

The Fed, which leans to the dovish side, could put all its weight to help the recovery and say it is still waiting for stronger growth, a  big rise in wages and also real inflation. They could hint that a hike could come only in 2016 and that they will do whatever it takes.

Probability: Medium-low. The US economy isn’t doing that bad.

Market reaction: The dollar would fall initially across the board, but we couConnor Campbellld see a split reaction afterwards. Full Fed support would help commodity currencies more and could actually send the safe haven euro and yen down, as they will not be in demand on such strong support from the Fed.

Strong employment and prospects for inflation could push the Fed into hinting that a second hike is coming in 2015, probably in December, making a gradual move not extremely gradual.

Probability: Low. It’s hard to imagine such a hawkish Fed.

Market reaction: a stronger dollar against most currencies  except the safe haven dollar and yen. This would be devastating for markets and would not spark confidence.

What do you think? What will the Fed do and what will be the consequences?

Here are all the updates  for the September Fed decision

In our latest podcast, we  prepare you for the Fed decision from all directions 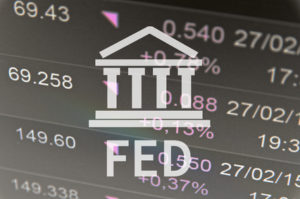 September 17th is right around the corner and tension in markets is rising.  Will the Fed raise rates or not?  It is a very hard decision for the world's No. 1 central bank. And it's not the only factor, as this decision is accompanied by a press conference and updated Fed forecasts. Updates Fed does not hike - USD initially slides Yellen live blog Here is everything you need to know: some background with 5 Fed dilemmas and 4 scenarios for the big event, including  the accompanying reactions for currency markets. Fed's dilemma In its latest meeting in July, the…