Sterling remained under pressure last  week following September’s UK CPI reading. Data showed that prices in Britain increased at a rate of +1.2%, the worst result since 2009, and below expectations of a +1.4% outcome. The data pours cold water on expectations that the Bank of England (BoE) will look to hike rates in the first half of 2015. The BoE maintains a +2.0% inflation target with a 1.0% band. This week’s data suggests that the BoE might in fact have to start backpedaling to arrest the disinflationary trend.

UK Employment Statistics were also released this week and saw the unemployment rate in UK drop to a 6-year low of 6.0%, a notch better than the consensus forecast of 6.1%. Meanwhile, Wages Growth advanced as expected at a rate of +0.7%. The jobless rate is certainly a bright spot in the British economy, however the anemic Wages Growth number, which is in fact below the (already weak) local inflation rate. This suggests that in real terms purchasing power in the UK is being eroded month-after-month. The mixed nature of the employment statistics alongside the preoccupation with the CPI data saw the event largely shrugged off by financial markets.

After a particularly choppy week that saw a range of around 250-pips, Cable is flat as trading winds down. In the aftermath of the CPI data the pair touched 11-month lows below 1.6000 and looked like it was going to consolidate below the figure. However soft American Retail Sales data and profit taking have helped GBPUSD recover from early week losses.

The 1.6000 level is critical for this pair from both a technical and psychological perspective, and has acted like a magnet through most of October. As sentiment in Sterling continues to deteriorate the outlook for Cable points lower. 1.6000 continues to offer up support, followed by this week’s low in the upper 1.58 handle. To the upside there is some congestion near 1.6200 will be the main obstacle to any near term rallies and profit taking related corrections.

In light of this week’s UK CPI disappointment and the resulting concerns that it raised about the strength of the recovery, financial markets will be paying close attention to British data next week. On Thursday September’s Retail Sales will be announced and on Friday markets will get their first look at third quarter GDP. The consensus forecast for Retail Sales is -0.1% versus last month’s reading of +0.4%. Lately British retailers including fashion staples H&M, Next, and N Brown have warned during investor calls that unseasonably warm weather has dampened demand.

There is a real risk that this translates into soft Retail Sales results. Given the growing negative sentiment in Sterling, a poor outcome this coming Thursday could see a fresh round of declines in the British unit. Similar to how it was with this week’s CPI data, GBPUSD is likely to be most sensitive to the data. For the time being 1.6000 seems to be supporting the pair despite an attempt to break lower this week. The level remains critical and will be watched closely next week also.

Given both concerning domestic data recently and the ongoing fragility in the EU (the UK’s largest export market) Friday’s Preliminary Q3 GDP reading will be scrutinized heavily. Observers will be hunting for evidence that instability across the English Channel is having a negative effect on the United Kingdom.

Expectations are that output in Britain expanded by +0.7% in the third quarter of 2014, translating into annualised growth of +3.0%. Once again, pre-existing negative sentiment driven by soft economic indicators biases the British Pound to the downside. As such a strong result will be needed to help persuade financial markets that the UK recovery remains strong and prevent additional weakness in Sterling.

On Wednesday Afternoon, American inflation data will be released. Expectations are that prices in the world’s largest economy grew by 0.2% versus last month’s flat reading. With the US Federal Reserve contemplating its own rate hikes, additional softness in local CPI eases the need for them to act.

Should that the data disapoint Greenback would be put into defensive mode. Recently USD volatility has caused a disproportionately large reaction in EURUSD, which has in turn driven activity in euro crosses like GBPEUR. There is a possibility that if CPI on Wednesday diverges significantly from expectations this theme could be observed once again. 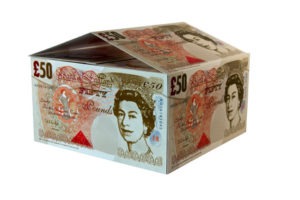 Sterling remained under pressure last  week following September's UK CPI reading. Data showed that prices in Britain increased at a rate of +1.2%, the worst result since 2009, and below expectations of a +1.4% outcome. The data pours cold water on expectations that the Bank of England (BoE) will look to hike rates in the first half of 2015. The BoE maintains a +2.0% inflation target with a 1.0% band. This week's data suggests that the BoE might in fact have to start backpedaling to arrest the disinflationary trend. UK Employment Statistics were also released this week and saw the…