Latest
You are at:Home»Daily Look»GBP/USD path of least resistance remains down after the fall

GBP/USD dropped on the ongoing impasse on Brexit and as the trade war between the US and China deteriorated. Can cable recover? Not so fast?

The Technical Confluences Indicator shows that GBP/USD faces initial resistance around 1.3012 where we see a cluster of technical levels including the Simple Moving Average 100-1h, the SMA 5-1d, the SMA 100-1d, the Fibonacci 23.6% one-week, and more.

The most significant resistance line is at 1.3046 where a convergence of levels caps the currency pair. It includes the Bollinger Band 4h-Upper, the previous daily high, the SMA 200-1h, the SMA 50-4h, the SMA 10-1d, and the Fibonacci 38.2% one-week.

Support awaits at 1.2945 where the previous daily low and the Fibonacci 23.6% one-month converge.

However, substantial support awaits only at 1.2872 which is the confluence of the previous monthly low, the BB 1d-Lower, and the Pivot Point one-month S1. 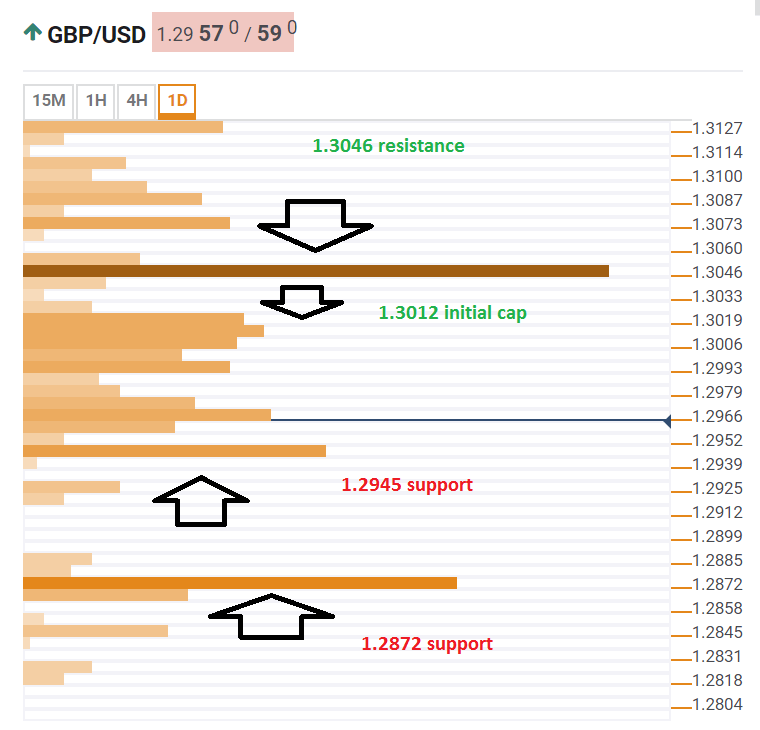 Get the 5 most predictable currency pairs
Previous ArticleFX option expiries for May 14 NY cut
Next Article EUR futures: scope for a deeper pullback