Portugal has finally done the right thing and asked the EU for a bail-out and FX markets barely fliched at the news.   This reflects the extent to which it was widely expected and given that it removes a huge cloud of uncertainty for the coming months, during which Portugal was previously expected to battle through until after the election.   The details of the package are still to be laid out, but the thinking is it will be in the EUR 70-80bn area.   The issue is that a loan of this size would require lots of conditions, which will be difficult to negotiate without a government.   Meanwhile, the ECB meets today and the irony is that, for all the waiting, the ECB rate increase arrived some time ago.   Market rates have moved higher in anticipation of today’s move, with this feeding through to borrowing costs, especially for those with Euribor linked mortgages. These are especially prevalent in the eurozone periphery, where variable mortgages are anything from 85% of borrowing in Spain and Ireland, to 99% of borrowing in Portugal.   The issue for the ECB is that it’s tasked with setting policy for the eurozone as a whole, but the result of today’s anticipated rate increase will be to worsen, rather than improve, the current fiscal and also economic crisis.

Bank of Japan disappoints. Following on from its two-day meeting, the Bank of Japan has disappointed markets with only limited measures to further aid the economy in the wake of last month’s events.   The main measure was a loan program to help companies with funding difficulties in those areas affected by the tsunami. There were no further measures to aid the wider economy, which led to a general feeling of disappointment in equity markets, although the yen was firmer on the bank’s failure to deliver more QE.

Don’t forget the Bank of England meeting. The ECB is hogging the limelight today, although don’t forget that BOE results come in a full 45 minutes before the ECB’s.   The probability of a move has eased in recent weeks. The doves were holding onto the uncertainty of the bounce-back in output after the Q4 decline and evidence so far suggests that this was modest at best.   Given the divergence of opinion on the MPC, it appears that it will wait until next month (when the Inflation Report is published) before making a more considered assessment of the situation. Meanwhile, sterling suffered in the wake of yesterday’s weak output data, although the fall in Feb UK industrial production was more concentrated in the energy sector, especially oil and gas, which tends to prove erratic for the most part. Nevertheless, the fact that manufacturing output was flat was enough to knock sterling from its perch, with the pound the only laggard vs. the dollar during the European session as cable softened towards the 1.6250 area.
Aussie punches higher on strong labour data. There was another record high for the Aussie overnight on the back of the strong labour market data for March.   The small fall in employment in the previous month was more than reversed (rising nearly 38k after 9k fall), with the unemployment rate falling to 4.9%.   Overall, the economy continues to perform well, giving good support to the Aussie dollar.

Swiss franc playing catch-up. It’s the Swiss franc that was the main standout early on Wednesday. The main factor behind the move was the firm CPI data for March, headline prices rising 1.0% YoY, from 0.5% previously. This was the second consecutive increase in CPI and eases the deflationary fears that were prevailing in 2010, partly owing to the strength of the franc going into the end of the year. Swiss inflation has averaged less than 1% over the past ten years and, although intervention to weaken the franc ended in June of last year, it has remained an underlying risk for the market. What has reduced the chances of the SNB intervening again has been the stellar performance of the euro so far this year, easing competitive pressures for hard-pressed Swiss exporters. There were also overnight comments from SNB board member Danthine (in Boersen-Zeitung), where he suggested that that higher rates were required for the domestic economy, with the strength of the franc offsetting this by holding back the export sector. This has increased the prospects of the SNB being at least partially able to follow the ECB in raising rates later in the year (as is widely expected). Overall, the SNB should be breathing a little easier in the wake of these CPI numbers. 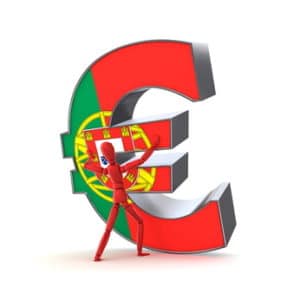 Bank of Japan disappoints Don't forget the Bank of England meeting Aussie punches higher on strong labour data Swiss franc playing catch-up Portugal has finally done the right thing and asked the EU for a bail-out and FX markets barely fliched at the news.   This reflects the extent to which it was widely expected and given that it removes a huge cloud of uncertainty for the coming months, during which Portugal was previously expected to battle through until after the election.   The details of the package are still to be laid out, but the thinking is it will…

Yohay Elam12 years
Scroll Up
We use cookies to ensure that we give you the best experience on our website. If you continue to use this site we will assume that you are happy with it.Ok