Risk appetite is in a continuation pattern from yesterday, with investors cautiously adding risk to their portfolio’s ahead of the American Thanksgiving holiday  tomorrow.

The overnight session was fairly uneventful aside from more talk from central bank policy makers, with the BoJ managing to spur a bout of yen selling after board member Kiuchi raised concern on achievement of the bank’s inflation target and that more easing would be appropriate if CPI and growth diverge from the bank’s base case scenario.

The apprehension surrounding the bank’s base case scenario propelled USDJPY into the high 101s, although the yen weakness was unable to push the Nikkei into positive territory, with Japan’s regional equity index closing lower by 0.42%.   The big news from the overnight session was that a grand coalition agreement in Germany has been agreed to in principal, with German Chancellor Angela Merkel’s CDU striking an pact with the Social Democrats.

The deal is forecast to be cemented after a vote from the SDP in mid-December, but the first steps towards ratification have boosted sentiment in Germany this morning, leaving investors with a sense of relief that the steering of the ship in Germany will not be a long-drawn out affair.

The Dax is up by 0.33% midway through the European session, while the EUR remains buoyant and tries to establish itself above the 1.3600 level against the USD.   At the time of writing EURUSD is pivoting close the 1.3600 handle, failing to heed to reports that the ECB could be looking at introducing a new LTRO in order to promote bank lending.

The absence of any meaningful EUR sales on the back of the LTRO rumor leads us to believe the market will be looking for a  larger solution to the growth issue in the zone, and expect to be provided with a little more clarity after the money supply data hits the wires  tomorrow.   As we get set to for the North American open, Durable Goods for the month of October and Initial Jobless Claims were both just released, with mixed readings leaving equity futures and high-yielding assets essentially unchanged.

Durable Goods orders came in right around estimates with a decline of 2.0% from the previous month, but backing out some of the more volatile measures within durable goods, the nondefense ex-air measure (a proxy for capital investment from business) fell by 1.2% during the month of October, a disappointing number considering economists had been forecasting a gain of 0.6%.   On the other side of the spectrum, jobless claims dropped to 316k from the 326k registered the previous week, better than the 330k that had been expected.   The better than forecast claims number drops the 4-week rolling average to 331k, and increases the likelihood of a decent Non-Farm Payroll print for November.

The data set leaves market’s stymied for the time being as to how this plays into the Fed’s taper decision in December, and we’re seeing equity futures continuing to fluctuate close to unchanged, while the DXY trades slightly heavy down one tenth of a percent.

The Loonie has been able to make any meaningful headway after the weaker durable goods number from the US, with USDCAD continuing to put in work in the high-1.05s after witnessing a melt-up overnight.   With copper trading off its highs and front month WTI crude dropping another 1% to sink south of $93/barrel, the combination has been putting pressure on the CAD this morning, with the Loonie underperforming on its crosses as investors prefer increasing exposure to the GBP and EUR as ways to play the slight USD weakness seen this morning.

Looking ahead to  tomorrow, the North American session will no doubt be choppy as American’s vacate their trading desks in observance of Thanksgiving, potentially leading to some volatile price action due to lack of liquidity.  While the bank holiday south of the 49th  parallel in North America also provides those still at work with a light economic calendar, the European session actually picks up from its relatively sleepy start to the week as the German Unemployment Change and Eurozone M3 Money Supply growth are both on the docket.

With the recent speculation the ECB will soon be forced to explore further monetary policy options in order to combat the elevated unemployment levels and subdued inflation rate of the common-currency bloc, the continuation of the slowing money supply growth rate combined with the acceleration in the decline of private loans would add fuel to the assumption more accommodative policy actions from the ECB are right around the corner.

M3 money supply growth on a y/o/y basis for the month of October is forecast to slow to 1.9% from the 2.1% registered in September, while private loan growth is estimated to decline by 1.8% over the previous twelve months, up slightly from the 1.9% decrease the prior month; therefore, it might be a good time for corporates that are long EUR to take advantage of the decent rebound for the common-currency throughout November, and take some exposure off the table if the figures miss expectations to the downside.

GBP/USD tops 1.63 on a confirmation of strong GDP 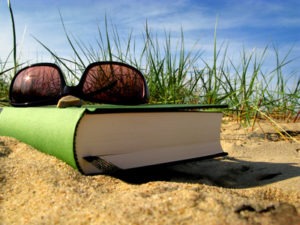 Risk appetite is in a continuation pattern from yesterday, with investors cautiously adding risk to their portfolio's ahead of the American Thanksgiving holiday  tomorrow. The overnight session was fairly uneventful aside from more talk from central bank policy makers, with the BoJ managing to spur a bout of yen selling after board member Kiuchi raised concern on achievement of the bank's inflation target and that more easing would be appropriate if CPI and growth diverge from the bank's base case scenario. The apprehension surrounding the bank's base case scenario propelled USDJPY into the high 101s, although the yen weakness was…