Currencies are looking for new directions as the quarter draws to a close and the new one begins. What’s next? Here are the views for major pairs:

We highlighted yesterday (26 Mar, 1.2365) that the “recent mild downward pressure has eased” and that EUR is expected ‘to trade sideways between 1.2240 and 1.2450″. However, the subsequent rapid rise that hit an overnight high of 1.2462 was unexpected. The sharp up-move has shifted the immediate pressure to the upside and for the next few days, we expect EUR to stay underpinned. That said, it is too early to expect the start of a bullish phase even though a test of the year-to-date high of 1.2555 is a distinct possibility (with strong intervening resistance at 1.2500). Overall, we expect the current upward pressure to improve further as long as the key support at 1.2340 is not taken out. On a shorter-term note, 1.2395 is already a relatively strong support

GBP peeked above Monday’s 1.4242 top to touch 1.4244 yesterday before staging an impulsive decline that sliced through strong support levels with ease. The down-move was equally short-lived as GBP rebounded strongly from a low of 1.4066. Despite the volatile price action, we still detect a positive undertone even though after the move yesterday, GBP could consolidate for a few days first before attempting to move towards the February’s peak near 1.4280. However, the odds for further strength to the year’s high at 1.4346 have decreased considerably.

While the neutral phase that started last Thursday (22 Mar, 0.7770) is still intact, the price action in AUD since then has been rather choppy. For now, we continue to hold a neutral view for this pair but downward pressure has picked up after the weak daily close in NY yesterday. A dip below the expected 0.7650/0.7820 consolidation range is not ruled out but at this stage, the prospect for a sustained decline towards the major 0.7600 support is rather low. In other words, we still expect AUD to consolidate even though the bias is tilted to the downside.

NZD tested the top of our expected 0.7160/0.7300 consolidation range with a high of 0.7301 yesterday. The undertone has improved with the subsequent strong daily closing in NY and from here; there is scope for a test of the 0.7355 high seen earlier this month. The odds for a sustained move above this level are not high at this stage but would continue to improve as long as the key support at 0.7235 is intact.

Despite the sharp decline late last week, we highlighted that we are “not convinced that the current month-long neutral phase has shifted to bearish”. However, the sharp and swift bounce yesterday came as a surprise. Downward pressure has eased and the 104.55 low registered early yesterday is likely a short-term low. There is no change to the neutral outlook but instead of ‘probing’ the next support at 104.00 (as expected previously), USD has likely moved into a broad 104.80/106.65 range. After the sharp rebound yesterday, the shortterm bias is tilted to the upside but 106.65 is a major level and is unlikely to yield so easily. 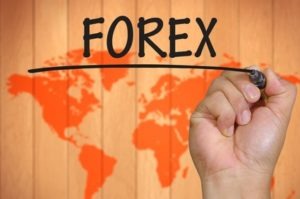 The pound will need strong data to recover, not sure it will find it

Currencies are looking for new directions as the quarter draws to a close and the new one begins. What's next? Here are the views for major pairs: Here is their view, courtesy of eFXnews: EUR/USD:  Neutral (since 05 Mar 18, 1.2335): Immediate pressure has shifted to the upside. No change in view. We highlighted yesterday (26 Mar, 1.2365) that the "recent mild downward pressure has eased" and that EUR is expected 'to trade sideways between 1.2240 and 1.2450". However, the subsequent rapid rise that hit an overnight high of 1.2462 was unexpected. The sharp up-move has shifted the immediate pressure…