Despite  a jam-packed day  of important  macro-economic events and releases, financial  markets  held  tight to recent ranges, with investors  failing to take any large directional bets as participants were content with adhering to  the current market narrative.    GDP growth for the American economy in the first quarter saw the large inventory build in the latter half of 2013 drag on economic output, while weather also played a factor in weighing down non-residential investment.   These factors were noted by the FOMC later in the day within their rate statement which saw the Fed shave another $10bn of monthly asset purchases,  as the Committee specified that while activity  “slowed sharply” in Q1, indicators for March and  April have picked up and suggested economic growth will rebound in the second quarter.   The stronger than expected ADP employment report and Chicago  PMI from earlier in the day corroborated the FOMC assessment of the economic landscape, and helped stem some of the shaky sentiment that resulted from the sharp  slowdown in GDP growth.

The  “steady-as-she-goes”  mentality from the FOMC statement didn’t rattle currency markets by a large margin, although the big dollar did finish weaker on the session as it conceded ground to the JPY and EUR.    The Loonie traded with a moderate bid tone for a good portion of the North American session, although USDCAD remained  tethered  in the mid-to-high 1.09s,  as decent buying interest in the mid-1.09s appeared to halt the  pair’s slide.   Interesting to note, the options market has shown investors have been picking up cheap protection against a higher USD throughout the month of April, as the price of calls relative to puts has increased from 0.125 to 0.425.   That being said, implied volatility  in USDCAD has also remained depressed compared to the price action  in the  spot market over the month of  April,  increasing the risk USDCAD catches down to implied volatility in the coming weeks.

After the dust settled post-FOMC,  the S&P  levitated higher by 0.30%, although money was also flowing into debt markets as the yield on the  US 10-year crumbled to 2.65%.   The VIX  ebbed lower after  the Fed statement as protective hedges were unwound, maintaining lock-step with the S&P as the fear index slid into the  mid-13%  area.

Although many markets are closed today in observance of International Workers Day (more commonly referred to as “May Day”), there were a few notable reports released overnight.   The government compiled manufacturing PMI survey out of China hit the wires overnight, and showed that while the reading edged up from 50.3 to 50.4, it was still short of the 50.5 that analysts had forecast heading into the report.

While  purchasing  activity for large manufacturing companies in China might be stabilizing, the domestic currency is not.   The Chinese Yuan continues to collapse as  speculators cover existing exposures, which has pushed USDCNY  precariously close to the PBoC’s permissible  daily  trading band of 2%.   Interesting to watch over the next  few days will be if the  PBoC decides to fix the CNY lower in order to  try and remove some pressure from the band, or look to intervene in currency markets to push USDCNY more comfortably back into the range; with the latter potentially causing volatility to flow through to other currency markets.

Although  most of Europe is shuttered for the  labour holiday, the situation in Ukraine continues to evolve, as more buildings in eastern Ukraine are overtaken by pro-Russian separatists.   While rebel activity has increased tensions between Russia and the West that are likely to provoke more  sanctions, the IMF did approve a $17bn loan to Ukraine, with part of the money being earmarked to settle  unpaid natural gas bills.   The IMF funds should allow Ukraine to keep its lights on for the time being, with the money helping ease some of the concerns around the geopolitical issues going on in  eastern Ukraine.

Turning our attention to the UK, manufacturing PMI in the region blew expectations out of the water, coming in at 57.3 vs. the median forecast of 55.4.   The eight-month high for  purchasing manager activity has pushed Cable to test the 1.6900 handle, a level not seen since August 2009.   Next week’s  services PMI could give GBPUSD the needed push to make a run at the 1.70 handle, a level that beckons traders given the momentum of the uptrend that has been in place since last July.

Getting set for the North American open, subdued trading activity  due to the  May Day holiday has futures pivoting around the unchanged mark.    USDCAD is seeing yesterday’s losses consolidate as  the pair drifts back towards the 1.10 handle, with the Loonie being the worst performing major currency so far this morning.   The RBC compiled manufacturing PMI for Canada is due out at  09:30 EST,  and although unlikely to cause a major alteration in trajectory, could  see a knee-jerk reaction in Loonie trading should the release deviate materially from expectations.   Jobless claims for the prior week in the US were just released and showed some give back from the last report, increasing from 330k to 344k.   Despite the  slightly negative jobless claims number, equities are little changed and the DXY continues to trade flat.

Capping off a busy week,  the US Non-Farm Payroll report is still to come  tomorrow morning.   The strong ADP print from yesterday should have traders and analysts  positioning accordingly ahead of the release, as  the ADP report has  under-reported the last few  private payroll numbers from the BLS.   The  median analyst estimate for  the NFP report  tomorrow  comes in at 210k, but  other indicators  such as workweek hours and earnings will also be closely watched  as the Fed expands their net of indicators  to assess the health of the US labour market.   While a print north of 200k should substantiate claims the  American economy is picking up speed to begin the second  quarter and generate demand for the USD, a  report  south of the 200k  could expose the  market as unprepared, and thus leaves us  feeling the larger tail-risk for the  report is a surprise to the downside which would leave participants scrambling to diversify away from the big  dollar.

US jobless claims disappoint at 344K, other figures beat expectations 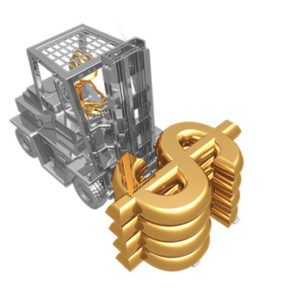 Despite  a jam-packed day  of important  macro-economic events and releases, financial  markets  held  tight to recent ranges, with investors  failing to take any large directional bets as participants were content with adhering to  the current market narrative.    GDP growth for the American economy in the first quarter saw the large inventory build in the latter half of 2013 drag on economic output, while weather also played a factor in weighing down non-residential investment.   These factors were noted by the FOMC later in the day within their rate statement which saw the Fed shave another $10bn of monthly asset…