Home » Too early to bury the USD rally – Credit Agricole

Too early to bury the USD rally – Credit Agricole

Following the disappointing NFP, many analysts rushed to  set back the rate hike to March 2016 or called the whole the whole thing off.

Yet this doesn’t necessary mean the end of the greater dollar rally. The team at Credit Agricole explains:

To be sure, it is getting very difficult to be bullish USD.  Indeed, the factor that has kept the longUSD trade going in the face of fading prospects for Fed lift-off and ever flatter glide path for rates was the belief that the US growth outlook is superior to the rest of the world and that wage growth and inflation will pick-up on the back of tighter labour market conditions. This belief was shaken pretty badly last week. In the near term, markets may find some solace in the robust non-manufacturing ISM for September due later today. In addition, the September Fed minutes on Wednesday will likely highlight that the decision to delay lift-off was a very close call. It may take more than that to restore market confidence in the de-coupling trade, however, and the USD may continue to struggle to perform for now.

All that said, we think it is premature to call for the end of the USD rally.  Indeed, global risk aversion remains elevated and could get worse if the upcoming IMF meeting of global central bankers and finance ministry officials over the weekend fails to send a clear signal that more policy action to combat the global growth slowdown is imminent. In particular, all eyes will be on the Chinese officials with investors hoping for targeted fiscal stimulus to boost domestic demand in the world’s second largest economy. Potential disappointments could fuel risk aversion yet again and boost the USD against risk-correlated and commodity currencies. We further expect that the RBA to keep rates unchanged on Tuesday but signal growing concerns about the outlook for China and the global economy. In turn, renewed rate cut bets could undermine AUD in the near term.

Another reason not to write off the USD-rally completely is the fact that we expect the BoJ and the ECB to continue to ease from here.  Indeed, CA economists have frontloaded their call for BoJ QE to October 30. Turning to the ECB, we suspect that is may take a few months before we see QE extended. That said, the latest drop in inflation and inflation expectations likely did not go unnoticed at the Governing Council and could feature prominently during President Draghi’s speech in Frankfurt on Tuesday. To the extent that this encourages market speculation of more QE, it could add to headwinds for EUR ahead of the October 22 ECB meeting. 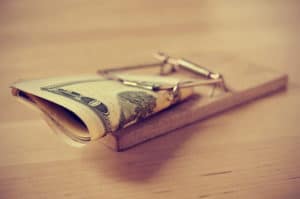 Dollar down but not out – focus on US ISM,

Following the disappointing NFP, many analysts rushed to  set back the rate hike to March 2016 or called the whole the whole thing off. Yet this doesn't necessary mean the end of the greater dollar rally. The team at Credit Agricole explains: Here is their view, courtesy of eFXnews: The question is whether this is the beginning of the end of the USD-uptrend and, by implication, the end of the de-coupling trade as we know it. To be sure, it is getting very difficult to be bullish USD.  Indeed, the factor that has kept the longUSD trade going in the…