Home » Traders waited September payrolls from the US

Traders waited September payrolls from the US

Overnight markets waffled in limbo, with few major moves of note as traders awaited the long-overdue September payroll report from the United   States.   Chinese equity markets were pressured lower after housing data showed that home prices in 65 of the 70 cities that are tracked increased from the month prior, boosting concerns the lofty numbers are displaying bubble-like properties.   Furthermore, housing inflation in-first tier cities continues to skyrocket, with new home prices in Beijing rising by 16% on a y/o/y basis.   The worrisome numbers prompted a policy advisor in China to suggest that the central bank may tighten policy to combat the rising inflation numbers, and in response we saw equities move lower in the region with Shanghai Composite shedding 0.83% on its session.

European markets were essentially flat before the much anticipated NFP number, however the strength of the housing recovery in the UK is beginning to bear some fruit, as UK public sector borrowing (ex-financial interventions) for September came in less than forecast.   The better than expected borrowing numbers were helped by higher receipts from taxes on income and wealth, the latter benefiting greatly from the recent housing recovery.   The pound was slightly lower against the USD heading into the payrolls report but this was mainly due to the modest strength displayed in the DXY overnight; GBPUSD was pivoting just above 1.61 midway through the European session.

Heading into the North American open, there is no shortage of economic data for traders to sift through, with both the delayed September Non-Farm Payrolls out of the US and Canadian Retail Sales for the month of August hitting the wires earlier this morning.

Expectations were for job growth in the United States over the month of September to increase by 180k, with the unemployment rate remaining unchanged at 7.3%.   The official print came in well below expectations, with the American economy only able to muster 148k new jobs in the month of September, while the August number was revised higher from a gain of 169k to 193k.   The unemployment rate dropped from 7.3% to 7.2%, while the participation rate remained unchanged at 30 year lows of 63.2%.   The data does little to suggest the Fed will move to alter the course of asset purchases before the end of the year, as this is the last “clean” data out of the American economy for the next few months, with the subsequent October number being marred by the stigma of the 16-day government shut-down.   The reaction to the data in markets was fittingly a “taper-off” approach, with S&P futures moving higher, DXY sinking into the red, and Gold ramping to $1,330/ounce.

North of the 49th  parallel, retail trade numbers for month of August had been forecast to come in with a 0.3% increase from the previous month, however the official reading showed only a 0.2% increase in August.   Looking at the core reading (ex-autos) the print came in slightly above expectations with a 0.4% increase, however July’s number was revised down from 1.0% to 0.8%.   Taking into account the revisions from the prior month, along with the miss on headline and beat on core, the retail trade numbers for Canada were largely a wash and not out of the ordinary considering the recent quality of incoming Canadian data.   The mediocre number strengthens our belief that the BoC could be a bit on the dovish side  tomorrow, especially considering the uncertain nature of how the government shut-down will affect the Canada’s largest trading partner.   The Loonie initially strengthened after the NFP and Retail Sales numbers, but after both were digested the Loonie retraced those gains and USDCAD is pivoting unchanged near the 1.0300 handle at the time of writing.

Looking ahead to  tomorrow, the big event for Loonie traders will be the interest rate announcement from the Bank of Canada, and the subsequent press conference from Governor Stephen Poloz.   While the Bank of Canada is still a ways off from raising interest rates, and again are expected to hold the overnight at 1.0%, it will be the nuances of the language in the accompanying statement that traders will be eyeing intently.   While the central bank has retained a slightly hawkish tightening basis in past statements, the tone has softened somewhat since the appointment of Poloz, with the last few speaking engagements from Macklem (Deputy Governor) and Poloz emphasizing the need to further boost Canada’s export sector and stimulate business investment.   With inflation anchored towards the bottom end of the BoC’s target range, export growth sluggish, and a volatile job market, it is hard to see Poloz striking a more hawkish tone and either bumping up the forecast of when the output gap should be closed (currently estimated at mid-2015) or strengthening the language around the gradual normalization of policy rates.   We see the greater risk being a softening of attitude towards the need for the gradual withdrawal of monetary stimulus, perhaps citing continuing headwinds for the export sector given what the political shenanigans in Washington could mean for business confidence in the United States.   Therefore, the tone struck by Poloz could give USD sellers a good opportunity to lock in some near-term requirements, while corporates short USD might want to think about hedging some upcoming exposures ahead of the announcement to avoid the potential for the statement to put upwards pressure on USDCAD.

EUR/USD breaks to 11 month high – where next? 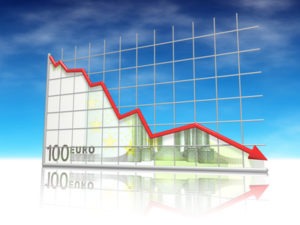 Overnight markets waffled in limbo, with few major moves of note as traders awaited the long-overdue September payroll report from the United   States.   Chinese equity markets were pressured lower after housing data showed that home prices in 65 of the 70 cities that are tracked increased from the month prior, boosting concerns the lofty numbers are displaying bubble-like properties.   Furthermore, housing inflation in-first tier cities continues to skyrocket, with new home prices in Beijing rising by 16% on a y/o/y basis.   The worrisome numbers prompted a policy advisor in China to suggest that the central bank…