The first trading day of the week was fairly restrained for equity investors, with the major North American indices being able to shake off the dismal Chinese trade data that was released over the weekend and finish the day essentially unchanged from  Friday.   Commodity-correlated currencies weren’t as fortunate, with the AUD and CAD being weighed down on the poor Chinese export performance which increased concerns a sharper correction than anticipated could hamper China’s demand for commodities moving forward.   Housing starts in Canada for the month of February came in slightly better than expected at 192k, but didn’t pack enough of a jolt to help the Loonie recover from its two-day losing streak.   While starts did beat forecasts to the upside, the annualized reading is still below levels from last summer, and does little to change expectations the housing market will likely cool throughout 2014.

The option market for USDCAD has made some interesting developments over the last month, with implied volatility and spot diverging from the lock-step pattern they had been entrenched in from the beginning of January.   The last time we saw a separation like the one currently underway was back in late November, which was resolved with USDCAD catching up to implied volatility as the pair began its steady grind higher; this time implied volatility has ebbed lower since early February while spot has remained elevated, making us favour option strategies that effectively “buy” volatility to take advantage of the divergence.   Should we get a reversion to the mean with spot and implied volatility recoupling, the relatively “cheap” price of protection right now will become more expensive as volatility ramps higher, or USDCAD fails another attempt in the 1.11 to 1.12 area and some long positions are trimmed as USDCAD takes a breather.

The overnight Asian session was highlighted by the Bank of Japan’s monetary policy meeting, at which the board decided to make no changes to its current policy mix, pledging to expand the monetary base by ¥60-70tn on an annual basis.   The decision not to alter monetary policy was widely expected heading into the meeting, although it is becoming increasingly likely that the BoJ will have to tweak policy later this year, adding supplementary stimulus measures in order to smooth out some of the negative effects of the sales tax increase that will be implemented in April.   While the central bank was optimistic on its view of capital expenditures and corporate profits, it did note that exports had not performed as well as the BoJ had   predicted, citing the slowdown in emerging markets as one of the main culprits.   With certain aspects of the Japanese economy falling short of plan, it is likely the BoJ is holding fire on any additional stimulus measures to preserve its ammunition should the sales tax increase cause a larger than anticipated correction.   The Japanese yen initially strengthened on the lack of action from the bank, however it has since retraced those gains, with USDJPY pivoting in the low-103s.

Turning our attention to the UK, industrial and manufacturing output numbers were both released this morning, with the mixed readings providing little in the way of fanfare from market participants.   While manufacturing output increased by 0.4% and beat expectations of a 0.3% rise over the month of January, industrial production came up short with only a 0.1% on assumptions of a 0.2% increase.   These numbers come on the back of statements from the Bank of England’s Deputy Governor Charlie Bean that the current level of the pound is satisfactory, and that any further appreciation in the domestic currency would hurt exporters.   Bean also commented that the BoE was keeping a close eye on the housing market, not wanting to have prices runaway in a rampant fashion.   As a result the pound is trading lower against the big dollar this morning, with investors hitting the sell button to push Cable for a test of the 1.66 handle.

Heading into the North American open, a lack of economic data flow has S&P futures pivoting around the unchanged level ahead of the opening bell, with investors looking to try and gauge the next move for equities in what is to be a relatively quiet week in terms of data.   Tensions continue to percolate in Ukraine, with the parliament of the Crimea region setting a date of March 16th  for a referendum vote on whether the region will become a constituent republic of the Russian Federation.   As expected, Kiev is not happy with the developments and the possibility of a referendum vote next week, giving the Crimea parliament an ultimatum that it will face dissolution unless it cancels the vote to join Russia.   While market participants are keen to keep the geopolitical developments isolated to eastern Europe, it should be noted that there is a possibility the issue sparks market jitters once more, especially if there is no smooth conclusion to the dispute in the Crimea region.

Looking ahead to the remainder of the session, the economic calendar is fairly sparse, except for the Job Openings and Labour Turnover Summary (JOLTS) report for January that is to be released at  10:00EST  this morning.   While the JOLTS report won’t garner as much attention as the Non-Farm Payroll report from last Friday, it is still an important number to track the overall health of the labour market in the US.   The number of job openings in January is forecast to eclipse the 4M mark, and if the print hits expectations, should add some confidence that it was indeed weather related issues that kept people from looking for jobs in December and January, and that this should start to abate as the harsh winter climate passes.   Anything north of the 4M figure for job openings will confirm companies are looking to increase hiring to prepare for future demand, which should help boost the appeal of the American dollar on the economic prospects for the United States.   Make sure to speak with your dealing teams on how to position ahead of the release, as long-Loonie positions could be in a bit of tight spot if the labour market in the US starts to pick up.

EUR/USD March 11 – Little Movement Ahead of US Employment Data 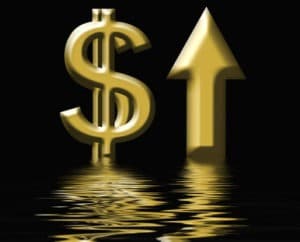 The first trading day of the week was fairly restrained for equity investors, with the major North American indices being able to shake off the dismal Chinese trade data that was released over the weekend and finish the day essentially unchanged from  Friday.   Commodity-correlated currencies weren't as fortunate, with the AUD and CAD being weighed down on the poor Chinese export performance which increased concerns a sharper correction than anticipated could hamper China's demand for commodities moving forward.   Housing starts in Canada for the month of February came in slightly better than expected at 192k, but didn't pack…