Home » US government shut-down enters third day with a possible

US government shut-down enters third day with a possible

Day three of the and politicians are still refusing to waver from their views, although anecdotal evidence suggests some of the ‘non-tea party’ Republicans are beginning to get restless and pressing House Speaker Boehner to get something hammered out with the Democrats.   Obama’s meeting with Congressional Leadership yesterday made it clear that he was not going to negotiate in order to reopen the government or raise the borrowing capacity of the United States, reiterating his view that the House should pass a clean government funding bill and not hold the economy hostage.

While the roadmap for cooperation between the two parties is anything but clear, it now appears that the longer the government shut-down drags on, the more likely the Republicans are to merge the funding bill and debt ceiling negotiation into one fiscal fight.   The amalgamation of the two fiscal issues could wrap everything up smoothly if the Republicans capitulate and decide they’ve tried their best to get the Democrats to budge, but if the Republicans dig their heels in as October the 17th  approaches, the lack of willingness to compromise from the Democrats could send capital markets into a tail-spin.

Equity futures are essentially flat as we head into the North American open, still unfazed despite the rhetoric from the White House yesterday.   The USD currency basket is slightly weaker this morning, dropping below 80.0 for the first time since February, however this is mainly driven by EUR strength considering the prominence of the common-currency representation in the DXY.   The commodity complex is trading heavy this morning, as front-month gold futures lose 1.37% to trade down to $1,300/ounce, while WTI for delivery in December sheds 0.39% and is changing hands just south of $104/barrel.

Speaking of the EUR, the common-currency has surged to eight month highs, making a play to establish itself above the 1.36 level against the USD after Mario Draghi’s comments yesterday dashed hopes of immediate policy action to stimulate the fragile recovery in the economic bloc.   While Draghi did sound relatively dovish by commenting that credit flows remained weak and stressed the importance for reform in some of the periphery countries, he made sure to mention that the level of the EUR was not a policy target, and that the ECB stood ready to utilize rate cuts and additional LTRO’s if further support for the banking system was required.   Sentiment heading into the press conference was somewhat dovish, so alleviating concerns immediate action was on the horizon pushed the EUR higher, which has been supported by strong service PMI readings in the periphery of the zone this morning.

The Italian region saw activity in its service sector hit a 28-month high in September, rising above the all-important 50 level signaling the services sector has stopped shrinking and the economic recovery could be underway.   While it is only one data point, it does boost morale after the close call with the solvency of the government after the Berlusconi scare earlier in the week.   The not so rosy data points from the PMI releases overnight were that Germany and Spain both slumped to 2-month lows, with Germany easing lower to 53.2 while Spain sunk back to 49.6.   As we scan equity performance across the Atlantic, sentiment is fairly mixed with the FTSE up by 0.35%, the Dax pivoting close to unchanged, and the Stoxx grinding lower by 0.22%.

While the EUR has been on a tear over the last week, there are many hurdles still to overcome in the zone, highlighted by Draghi’s words of caution as his press conference yesterday.   Corporates that are long EURs might want to take advantage of the nice strength we’ve seen thus far, as headlines that mention Draghi has asked an ECB panel to study new bank funding measures to deal with another liquidity shortage (i.e. Fed taper), give the impression there are still underlying issues with the liquidity transmission mechanism.

Heading into the North American open, the jobless claims figure for the week ended September 22, and ISM Non-Manufacturing PMI for September are the two main data releases on the economic docket.   The number of people applying for unemployment benefits increased by 1k from the previous week, printing at 308k, slightly lower than the median estimate of 313k.   This will be the last jobs data we see for the week as the non-farm payrolls from the BLS originally slated for release  tomorrow  will be delayed.   Market reaction to the slightly better jobless claims number was muted, with equity futures barely budging and USDCAD continuing its overnight chop just north of the 1.03 level.

Non-Manufacturing PMI is due out at  10:00am EST  and expected to shrink slightly from the August reading of 58.6 to 57.4 in September.   Without the release of the durable good number today because of the government shut-down, the ISM PMI will gain more prominence as investors assess the health of the American economy.   With Boston Fed President Rosengren noting yesterday that further delays to the tapering of the Fed’s asset purchase program are possible due to the disruption of government statistics, a soft PMI reading could exacerbate the situation and lead to further USD weakness.

Republicans giving in on government shutdown? 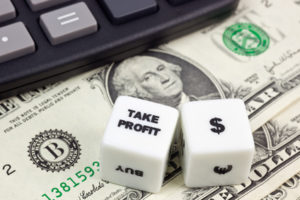 Day three of the and politicians are still refusing to waver from their views, although anecdotal evidence suggests some of the 'non-tea party' Republicans are beginning to get restless and pressing House Speaker Boehner to get something hammered out with the Democrats.   Obama's meeting with Congressional Leadership yesterday made it clear that he was not going to negotiate in order to reopen the government or raise the borrowing capacity of the United States, reiterating his view that the House should pass a clean government funding bill and not hold the economy hostage. While the roadmap for cooperation between the…