In the US, headline and core inflation both rose slightly, from 0.0% to 0.2%. PPI was also weak, with the headlined and core releases coming in at a negligible 0.1%. Unemployment claims surged to 853 thousand last week, up from 712 thousand. This points to weakness in the labor market, as the economy continues to struggle. The week wrapped up on a positive note, as UoM Consumer Sentiment improved to 81.4 in December, up from 77.0 beforehand.

US retail sales declined in November, pointing to weak consumer spending. The headline figure came at -1.1%, while core retail sales fell by 0.9%. US PMIs remained well into expansionary territory, with Manufacturing PMI coming in at 56.5 and Services PMI at 55.3. However, the Philly Fed Manufacturing Index slowed to 11.1, down from 26.3 beforehand.

The Federal Reserve maintained its asset purchase program at the current level of $80 billion/mth. In addition, the Fed provided additional guidance which can be viewed as a dovish signal. Unemployment claims were up sharply for a second straight week, rising to 885 thousand. 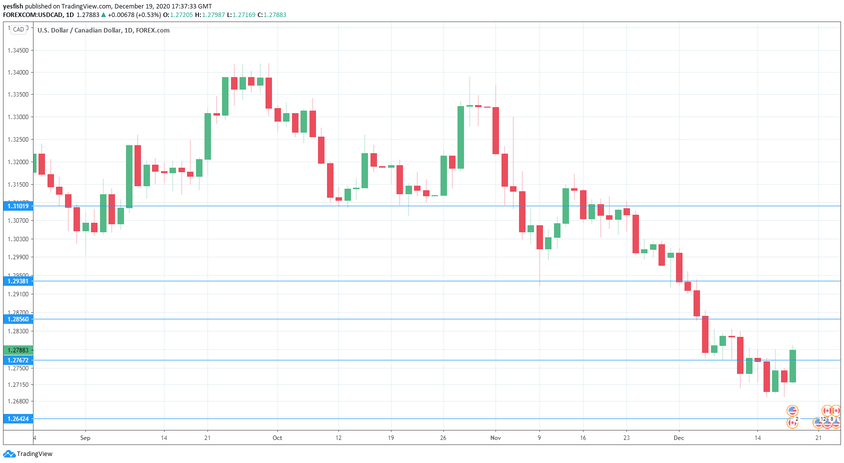 We start with resistance at 1.3101, an important monthly line.

1.2938 (mentioned  last week) switched to resistance at the start of December, when USD/CAD started its slide.

I remain bearish on USD/CAD

An agreement on US stimulus is inching towards the finish line, and should be completed this week. The huge infusion of US dollars into the economy is expected to send the US dollar to lower levels. 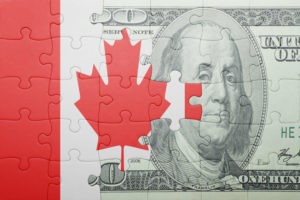 USD/CAD posted strong gains on Friday but was almost unchanged over the week. The upcoming week has three events, including GDP. Canada's inflation rate slowed to 0.1% in November, down from 0.4%. The core reading ticked lower to 1.7%, down from 1.8%. ADP Non-Farm Employment Change showed a small gain of 40.8 thousand in November, marking the first gain since July. Retail sales slowed significantly in October. Headline retail sales fell from 1.1% to 0.4%, while the core reading fell from 1.0% to 0.0%. In the US, headline and core inflation both rose slightly, from 0.0% to 0.2%. PPI was…

Gold Weekly Forecast: Weaker Dollar Could Push Gold Back to 1900