Latest
You are at:Home»Weekly Forex Forecasts»Canadian Dollar Forecast»USD/CAD Forecast Oct. 21-25 – Canadian dollar rally continues
In Canada, CPI climbed 1.9% on an annual basis in September, beating the estimate of 1.7%. On the manufacturing front, manufacturing sales posted a solid gain of 0.8% in August, after two straight declines. The ADP nonfarm payrolls report posted a gain of 28.2 thousand in September, compared to 49.3 thousand a month earlier.
In the U.S., retail sales contracted in September. The headline reading declined by 0.3%, after a gain of 0.4% in the previous release. Core retail sales declined by 0.1%, missing the estimate of 0.2%. There was more dismal news, as Philly Fed Manufacturing Index dropped to 5.6 in October, compared to 12.0 points a month earlier. 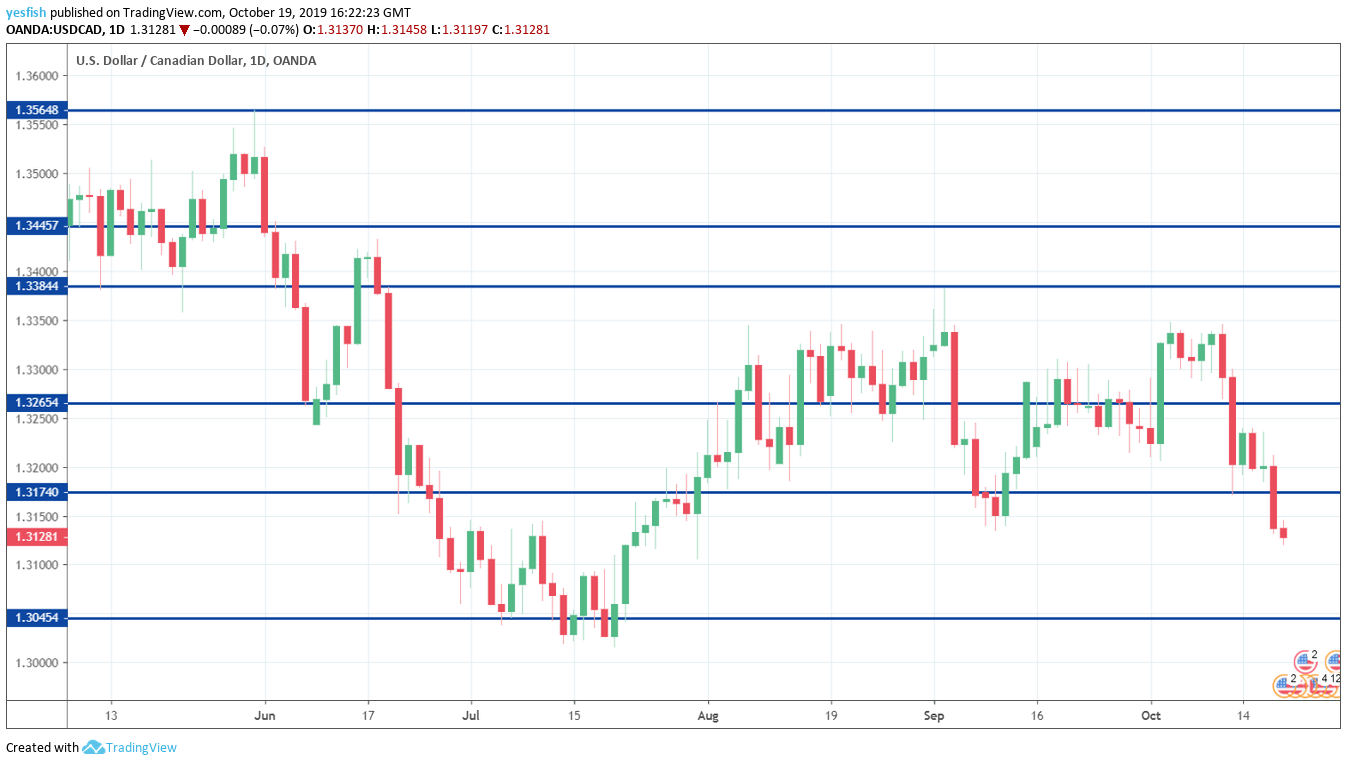 1.3445 has remained intact as resistance since the first week of June.

1.3265 has some breathing room in resistance.

1.3175 has switched to a resistance role after losses by USD/CAD last week.

1.3125 (mentioned last week) is an immediate support line. It has provided support since the end of July.

1.3048 is protecting the round number of 1.3000, which has psychological significance.

With the U.S. expected to trim rates again at the October meeting, the U.S. dollar could become less attractive. At the same time, weak U.S. data could lower risk appetite and weigh on the Canadian dollar.

Get the 5 most predictable currency pairs
Previous ArticleBrexit: UK PM Boris Johnson says he will not ask for a Brexit extension
Next Article AUD/USD Forecast October 21-25 – Aussie Climbs to 4-Week High