Latest
You are at:Home»Forex News»USD/JPY Hits 95 – Guide to the next high levels

USD/JPY finally touched the magical round number of 95 that was eyed by many. After peaking at 95.09, the pair immediately retreated below 95 and is now flirting with this figure once again. 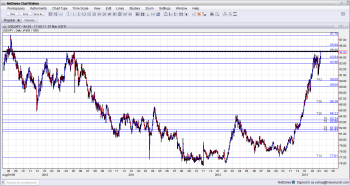 The ongoing improvement in the US and mostly the expectations from the new BOJ governor push the pair higher. Will we see a continuation?

On the downside, the previous high of 94.46 serves as support, followed by 93.84. For more levels and analysis, see the USDJPY forecast.

The BOJ just made its last rate decision under the old regime of Shirakawa. The next decision will already be made by Koruda, which will begin his term as BOJ governor on March 19th, if there aren’t any major surprises.

Japan still needs to attach deeds to words. Otherwise the pair could drop quickly on any new risk event, as we’ve seen with the Italian elections.