USD/JPY fell below the historic low of 79.75 and from there the road down was open. Stop orders were apparently triggered. Big time. Update on the extraordinary move and the consequences.

Earlier, the pair dipped under 80 and was very hesitant, very nervous. The warning from a European official that the situation was effectively out of control and that a major catastrophe is imminent within hours sent the pair lower, but the huge move seen now came only after the historic 79.75 level was lost. 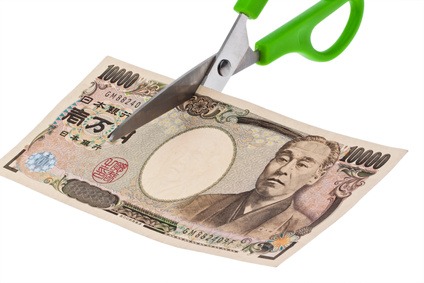 The earthquake, together with the tsunami and of course the severe damages for nuclear reactors, would normally hurt the currency. Here’s why they strengthen the Japanese when, as explained earlier:

The forces driving the yen higher are speculations that the immense tragedy will cause Japanese firms to sell assets abroad and bring money back home. These repatriation funds are necessary for paying insurance and for rebuilding the country. While the real scale of necessary repatriation funds is unclear, speculation sends the yen to almost all time highs.

Up to now, the Bank of Japan pledged to provide more liquidity to the markets, but didn’t really get the magnitude of the tragedy and the economic implications. Providing liquidity to the markets is better than doing nothing, but it’s also very close to doing nothing. Perhaps they feared that an intervention won’t work. The BOJ already failed in the past to intervene and weaken the yen. Also the Japanese ministry of Finance’s absence has been felt.

So, perhaps in the face of this catastrophe, there will be a coordinated, international move by the G7 countries, or any other kind of forum to weaken the yen.

In normal times, countries won’t intervene to strengthen their currencies and weaken their exports. Why make an effort to lose your competitive edge?

But these are not normal times.

At these levels of USD/JPY, and at this damage to Japan and on a smaller scale to other Asian countries, an intervention in the yen, will probably be a necessary bailout for other Western countries as well.

Without the ability to export, Japan’s export oriented economy will be devastated.A totally devastated economy isn’t what’s needed for the world right now.