Bitcoin is a digital currency that allows people to buy goods and services and exchange money without banks, credit card issuers, or other third parties. Bitcoin is decentralized, meaning any single entity does not control it. Bitcoin was created in 2009 by a person or group of people using Satoshi Nakamoto.

Bitcoins are created as a reward for a process known as mining. They can be exchanged for other currencies, products, and services. As of February 2015, over 100,000 merchants and vendors accepted bitcoin as payment. But is there anything to know about this cryptocurrency?

1. No One Knows Who Created Bitcoin

Why does the discoverer of a significant project need to be known? Satoshi Nakamoto is the name used by the unknown person or people who designed bitcoin and created its original reference implementation. As part of the implementation, they also devised the first blockchain database. In 2008, Nakamoto published a paper on

The Cryptography Mailing list at metzdowd.com describing the digital bitcoin currency. Then in January 2009, Nakamoto released the first bitcoin software that launched the network and the first units of the bitcoin cryptocurrency, called bitcoins.

Nakamoto proposed adding a timestamp server to the Bitcoin protocol so it would not be possible for one person to create fraudulent blocks. Satoshi also proposed three other ways of preventing double-spending:

The creator(s) then released the software as open-source code in 2009. On January 3, 2009, Nakamoto mined the first block of bitcoins ever (called the genesis block), which had a reward of 50 bitcoins.

Nakamoto is estimated to have mined 1 million bitcoins before disappearing in 2010 when he handed the network alert key and control of the code repository over to Gavin Andresen. Andresen later became the lead developer at the Bitcoin Foundation. Nakamoto’s involvement with bitcoin did not appear to extend past mid-2010.

2. There are Options On Where to Buy Bitcoin From

If you want to buy bitcoins, the easiest and cheapest way is to buy them on a Bitcoin exchange. However, this isn’t the only way to get some bitcoins.

Another crucial thing is that Bitcoin investors in Australia can park their funds in capital growth funds. These are investment vehicles that invest in companies expected to grow at an above-average rate. The fund managers of these funds typically invest in small and mid-sized companies. They target the ones with the potential to generate high returns.

Wholesale Bitcoin investors often use capital growth funds to get exposure to a basket of high-growth companies. The team at Monochrome Australia explains that it’s essential to concentrate on compatibility with other traditional asset investments. As an investor, you can target portfolio services with pure bitcoin exposure. The target allocation percentage should be good also.

Investors can get diversified exposure to several companies that they might not otherwise have access to by investing in a fund. Capital growth funds typically have higher fees than traditional index funds. However, the higher fees are justified because these funds have the potential to generate much higher returns.

3. Bitcoin Is Not Anonymous

Bitcoin is pseudonymous, so your personal information isn’t attached to your Bitcoin address, but it can be traced back to you in several ways. When you register for an account with exchanges or web wallets, you need to give away personal information like your name, email, and phone number.

Most Bitcoin users rely on third-party wallets to create their addresses and manage their funds. When you use a hosted wallet, the company that provides the service will have access to your account and, therefore, your identity.

Law enforcement agencies have used the blockchain to track down and prosecute criminals. In 2016, the FBI was able to identify and shut down the Silk Road, an online marketplace that was used to buy and sell illegal drugs using Bitcoin. In 2017, they were able to identify and arrest the creator of the WannaCry ransomware attack that affected over 200,000 computers in 150 countries by tracing Bitcoin payments made by the attackers.

4. You Can’t Mine Bitcoin on Your Home Computer Anymore

Mining is how new bitcoins are created. Miners are rewarded with bitcoins for verifying and committing transactions to the blockchain. Bitcoin mining is a competitive process, so it can be challenging to make a profit as a miner.

You can still mine for other cryptocurrencies like Ethereum or Monero, which can be profitable if you have the right equipment. But if you’re starting, you’re better off buying bitcoins with cash or using a Bitcoin ATM.

How do you do Bitcoin mining in the right way? You would need specialized hardware known as application-specific integrated circuits (ASICs) to do Bitcoin mining. ASICs are designed specifically for mining and can’t be used for anything else.

ASICs are expensive and require a lot of electricity to run, so they’re not worth it for most people. If you want to mine for bitcoins, you’re better off joining a mining pool where you can share the rewards with other miners. Mining pools are groups of miners that work together to find blocks. The rewards are divided among the miners according to their contributed mining power.

5. The Bitcoin Network Is Decentralized

This is a network that isn’t centrally controlled by any single person or entity. The Bitcoin network is decentralized because no central authority controls the network. Instead, it is maintained by a network of computers worldwide that are running the Bitcoin software.

Decentralization is one of the key features of Bitcoin that makes it unique. One of the most important aspects of Bitcoin is that it is a decentralized network. There is no central authority or intermediary that can control the Bitcoin network.

All transactions are verified and committed to the blockchain by miners. These miners are rewarded with bitcoins for their work. The Bitcoin network is powered by electricity, so it requires a lot of energy to run.

The decentralization of the Bitcoin network makes it more secure from attacks. There is no single point of failure that can be exploited. If one miner goes offline, the network can still function because there are thousands of other miners around the world verifying transactions.

Besides, the transactions are fast and cheap. Transactions are confirmed within minutes and can be made without going through a bank or other third party. The average transaction fee for a Bitcoin transaction is around $0.20, which is much cheaper than the fees charged by banks or other financial institutions.

Bitcoin transactions are also fast. They are typically confirmed within 10 minutes. Compare this to the time it takes to process a credit card transaction which can take days or even weeks.

This caused the price of Bitcoin to crash. But the market quickly recovered, and the cost of Bitcoin reached an all-time high just a few months later. Remember, no single person or entity controls crypto. Even if one country tries to ban it, thousands of other countries will continue to use it.

6. You Can Use Bitcoin to Pay for Things Online

You can also use Bitcoin to pay for things on sites like Expedia and CheapAir.com. The same case goes for the Netflix subscription. If you’re looking for a way to spend your bitcoins, one option is to buy gift cards. Several sites allow you to purchase gift cards with bitcoins.

While Bitcoin is a very secure system, there are always risks for anything related to the internet. The best way to keep your Bitcoin safe is to use a hardware wallet. Hardware wallets are physical devices that store your bitcoins offline.

If you want to learn more about Bitcoin, several resources are available online. One of the best is the Bitcoin Wiki. This site contains a wealth of information about Bitcoin, including a history of the system and how it works.

You can also find several forums and chat rooms where you can talk to other Bitcoin users. These are great places to ask questions and get advice from other people using Bitcoin.

Alternatively, find many Bitcoin meetups in your local area. These are great places to meet other interested people in Bitcoin and learn more about the system.

Bitcoin is a digital currency that has several advantages over traditional fiat currencies. It is decentralized, which means that it is not subject to the whims of governments or central banks. It is also global; it can be used by anyone anywhere. And it is also secure, thanks to its use of cryptography. If you’re looking for an alternative to traditional fiat currencies, Bitcoin may be the right choice. Just be sure to research and understand the system before investing any of your money. 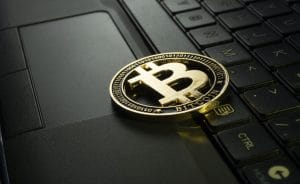 AUD/USD Price Aiming at 0.6900 Level Ahead of RBA’s Rate Hike

Bitcoin is a digital currency that allows people to buy goods and services and exchange money without banks, credit card issuers, or other third parties. Bitcoin is decentralized, meaning any single entity does not control it. Bitcoin was created in 2009 by a person or group of people using Satoshi Nakamoto. [caption id="attachment_250348" align="aligncenter" width="1866"] (Image source:https://unsplash.com/photos/NHRM1u4GD_A)[/caption] Bitcoins are created as a reward for a process known as mining. They can be exchanged for other currencies, products, and services. As of February 2015, over 100,000 merchants and vendors accepted bitcoin as payment. But is there anything to know about this…

Gary McFarlane7 months
Scroll Up
We use cookies to ensure that we give you the best experience on our website. If you continue to use this site we will assume that you are happy with it.Ok